No university has ever placed higher than Oxford and Cambridge in The Times and The Sunday Times Good University Guide.

by Henry Goodwin
in Education 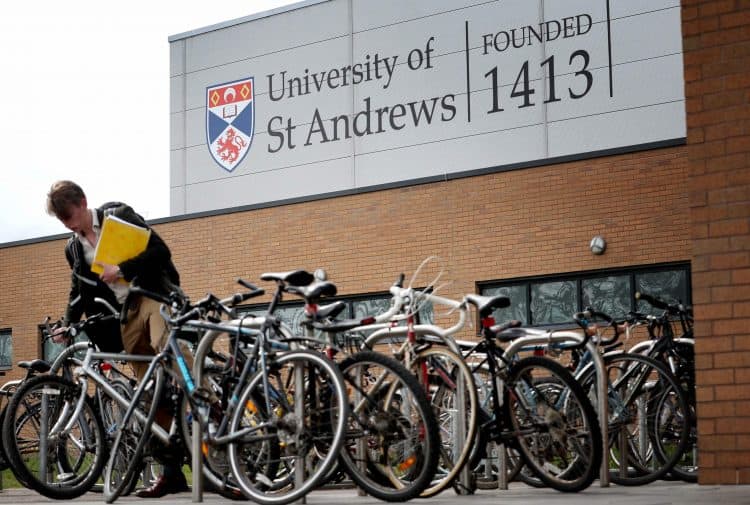 Oxford and Cambridge universities have been toppled from the top of a national league table for the first time in history after St Andrews was named top university in the UK.

No university before now has been placed higher than the elite Oxbridge institutions in the near 30-year history of The Times and The Sunday Times Good University Guide.

During a year of closed campuses and a shift to online lessons, the majority of universities have seen a dramatic fall in student satisfaction and teaching quality results during the coronavirus pandemic.

The Times and The Sunday Times Good University Guide 2021 said St Andrews flipped its small-class teaching model to online delivery and subsequently saw only a small decline in satisfaction rates.

The rankings show that Cambridge fell from first to third place while Oxford retained second place.

Alastair McCall, editor of The Times and The Sunday Times Good University Guide, said: “St Andrews’ achievement in topping our institutional table should not be underestimated.

“Never before has any university other than Cambridge and Oxford finished top – or any other – domestic ranking of universities.

“It is no fluke. The university has been closing in on the Oxbridge duopoly for several years, buoyed by outstanding levels of student satisfaction which have peaked during the past year of pandemic disruption on campus.

“Strange to say for an institution that has been around for 600 years, but topping our UK rankings for the first time truly marks St Andrews ‘arrival’ as a serious challenger to Oxford and Cambridge.”

Professor Sally Mapstone, principal and vice-chancellor of the University of St Andrews, said: “Of course, we’ll enjoy this remarkable result and I expect there may be a little good-natured cross-border teasing amongst colleagues.

“We have been in very good company close to the top of this important league table for several years but, until now, always on someone’s shoulder.

“I hope the fact that the staff and students of a small, Scottish institution have been able to break through the hitherto impenetrable Oxbridge ceiling will inspire others, and show that the status quo is only that if you allow it to be.”

‘No-one did it better’

Only two universities – Imperial College London and the University of Surrey – out of 132 on the list managed to increase their results from the annual national student survey (NSS) amid the pandemic, the guide highlights.

In light of this success despite campus closures, Imperial was named University of the Year for student satisfaction.

Imperial has also overtaken the London School of Economics and Political Science (LSE) as the top university in London, now ranked nationally fourth and fifth respectively.

“No-one did it better, a fact reflected in this year’s national student survey, where Imperial improved its scores for student satisfaction during a year that took a heavy toll on those scores elsewhere.”