Eliza Manners said paying the full £100 fine would cause her "cashflow issues". 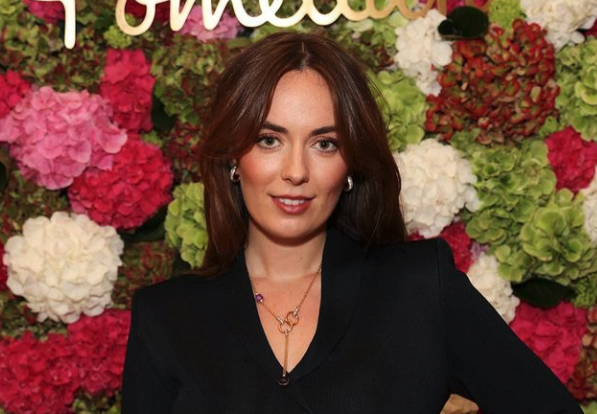 The socialite daughter of the Duke of Rutland was fined just £50 for speeding – half the normal penalty – after she claimed to have “cashflow issues”.

Eliza Manners was caught doing 47mph in a 40mph zone on the M4 in an Audi in Brentford, west London, in March.

Facing prosecution, the 24-year-old – who runs her own interior design business – wrote to Lavender Hill magistrates to try and dodge the full fine, the Evening Standard reported.

Responding to a question about financial hardship, she wrote “yes” – and, asked if paying a fine would cause her financial issues, responded: “It would cause me cashflow issues.”

Lady Eliza was ordered to pay a £50 fine and £84 in court costs and fees – as well as being given three penalty points.

The youngest daughter of David Manners, the 11th Duke of Rutland, Lady Manners reportedly lives in a £700,000 apartment in Notting Hill.

Her family home is Belvoir Castle in Leicestershire – which has featured in The Crown and The Da Vinci Code, and describes itself online as “one of the UK’s most famous and unspoilt Regency buildings”.

The family spent the first Covid-19 lockdown together. Lady Eliza and her sisters Violet and Alice have been likened to the Crawley sisters in Downton Abbey, and were down as the “bad Manners girls” on the London social scene.

Her circus-themed 18th birthday party reportedly featured live camels – and was descried by Tatler magazine as “a night of surprises”.

Just this week, Lady Eliza was photographed sporting a £1,600 Balmain dress at Harry’s Bar in Mayfair – and she posted pictures on Instagram last week from Annabel’s, another Mayfair hotspot.

Government guidelines say the “minimum penalty for speeding is a £100 fine”, but magistrates have the power to impose lower penalties in exceptional cases.

Lady Eliza did not declare any living expenses when she entered her guilty plea in April.

Related: Sturgeon: ‘Fragile male ego’ might be behind Johnson’s approach to meetings