The Sussexes announced they will stop carrying out royal duties from the spring. 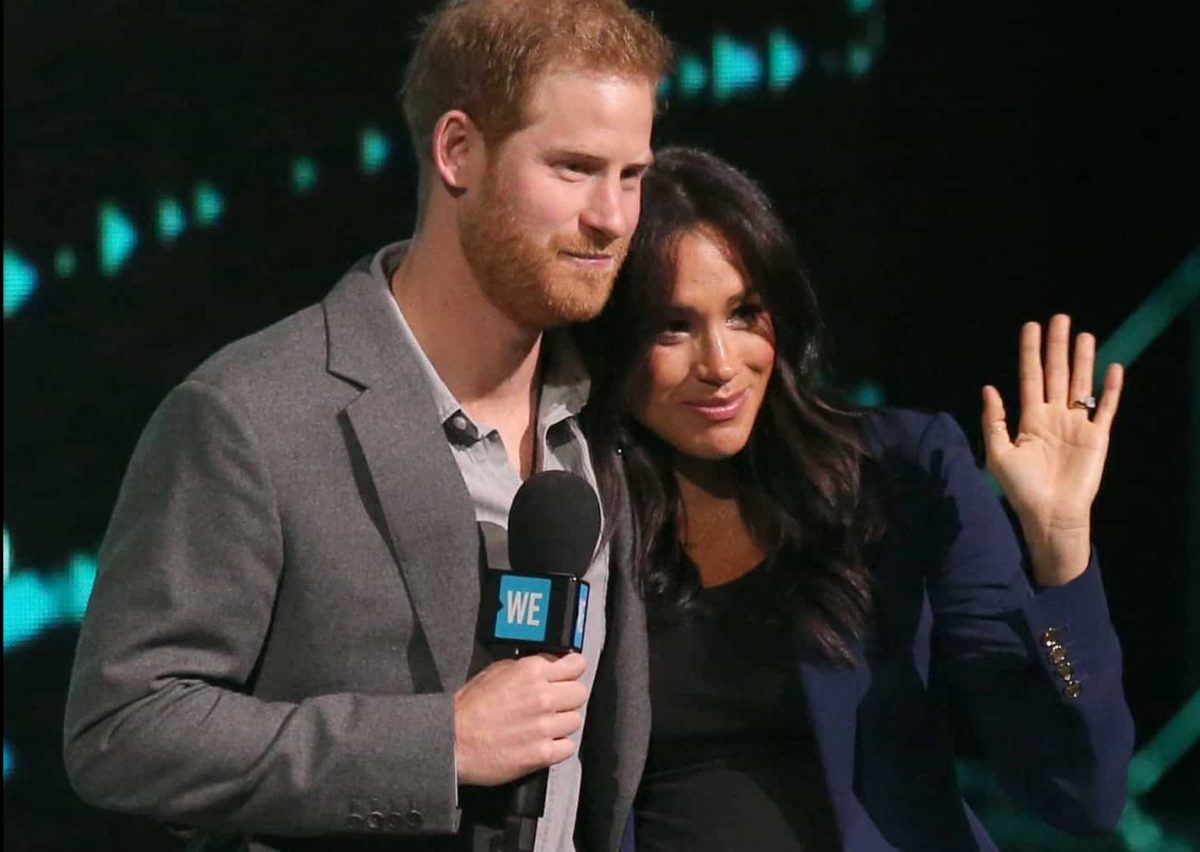 The Duke and Duchess of Sussex have walked away from the monarchy after they had to choose between personal freedom and royal duty.

Harry and Meghan had wanted to remain as working royals, although not prominent members, and become financially independent – a dual role many commentators said was fraught with problems.

But in a statement issued after royal family talks concluded, the Sussexes announced they will stop carrying out royal duties from the spring, no longer use HRH and will repay the taxpayers’ millions spent on their Berkshire home.

Harry and Meghan said in their statement, issued on their behalf by Buckingham Palace, that under the agreement they understood they were “required” to step back from royal duties.

Earning money from lucrative contracts and still remaining active members of the monarchy would have been problematic, and has caused issues for royals who have tried to straddle the two positions in the past.

The deal is a hard “Megixt” for the couple – as the issue has been dubbed by the media – and a source told PA news agency “you can’t be half in and half out”.

The announcement marks the conclusion of talks about their future with senior members of the family and royal aides. View this post on Instagram

The Queen issued an emotional statement, saying she recognised the “challenges” they had faced over the past year, and added: “I want to thank them for all their dedicated work across this country, the Commonwealth and beyond, and am particularly proud of how Meghan has so quickly become one of the family.

The couple’s spokeswoman issued a statement on their behalf saying: “As agreed in this new arrangement, they understand that they are required to step back from royal duties, including official military appointments.

“They will no longer receive public funds for royal duties.

“With the Queen’s blessing, the Sussexes will continue to maintain their private patronages and associations.

“While they can no longer formally represent the Queen, the Sussexes have made clear that everything they do will continue to uphold the values of Her Majesty.”

The Queen’s statement included a personal tribute to the Sussexes with the monarch unusually using the first names of her grandson and his family in a public message.

She said: “Following many months of conversations and more recent discussions, I am pleased that together we have found a constructive and supportive way forward for my grandson and his family.

“Harry, Meghan and Archie will always be much loved members of my family.

“I recognise the challenges they have experienced as a result of intense scrutiny over the last two years and support their wish for a more independent life.

“I want to thank them for all their dedicated work across this country, the Commonwealth and beyond, and am particularly proud of how Meghan has so quickly become one of the family.” View this post on Instagram

“Wishing you all a very Happy New Year and thanking you for your continued support! We’ve loved meeting so many of you from around the world and can’t wait to meet many more of you next year. We hope 2020 brings each of you health and continued happiness.” – The Duke and Duchess of Sussex Special thanks to Chris Martin and @Coldplay for allowing us to use one of their songs Photo and video © SussexRoyal Thanks to PA for additional images and footage

Meghan and Harry have already begun a transition phase of living in Canada and the UK. The duchess is in the Commonwealth country with son Archie where the Sussexes spent six weeks over the festive period.

The move was agreed by the Queen, Prince of Wales and Duke of Cambridge following the Sussexes unprecedented statement released earlier this month saying they wanted to step back as senior royals, become financially independent and live in the UK and North America.

It is understood the couple will now spend the majority of their time in Canada, with Harry expected to join his wife sometime this week.

The Sussexes keep the style of HRH – His or Her Royal Highness – but the statement issued on their behalf said it will no longer be used from the spring, “as they are no longer working members of the Royal Family”.

Harry’s mother Diana, Princess of Wales was stripped of her HRH in 1996 following her divorce from Charles.

The duke will continue to work with his charities and organisations like Sentebale – his Africa-based charity supporting youngsters with HIV – and the duchess will remain with her good causes.

But Harry will give up a Commonwealth role and his three military appointments the most prominent being Captain General Royal Marines.

All the new arrangements are due to come into effect in the spring, and will be reviewed by Buckingham Palace in 12 months.

Royal expert Penny Junor said the new arrangement was “the best possible outcome and an outcome which will actually avoid catastrophe”.

She said: “They’re hanging onto their patronages which I think is absolutely terrific because they both care passionately about making the world a better place.

“The fact that they will not be doing any royal engagements is good because it makes a really clean break. There are no blurred lines. They are starting afresh and they are going with the Queen’s blessing.”

However, she added: “The British public have lost out because these are two fantastic people who sprinkle fairy dust wherever they go and we are going to miss that, but clearly it was not making them happy.”

Royal accounts published last summer revealed £2.4 million of tax-payers’ money was spent on Meghan and Harry’s grade-II listed Frogmore Cottage home near Windsor Castle, turning five properties back into a single residence for the couple and their baby son Archie.

The amount spent was heavily criticised at the time by the organisation Republic, which campaigns for an elected head of state, but all fixtures and fittings for the home close to Windsor Castle were paid for privately by the duke and duchess.

But in a move that reveals the couple may have been trying to avoid a public backlash over the funds spent on the home, they have said they want to repay the amount.

The Queen has said Frogmore will remain their home, and when the couple are in the UK they are likely to stay at the property and will pay a commercial rent on it.

The couple’s statement said they “will no longer receive public funds for Royal duties”, one of the requests of the Sussexes who said on their new website they wanted to step away from public money so they could be financially independent.

A source has told PA News that Charles will continue to offer “private financial support” to the couple.

With their combination of Hollywood glamour and royalty, the duke and duchess are likely to be inundated with commercial offers from book deals to brand endorsements – but it understood they have not signed any deals yet.