Today models and social media influencers are among thousands of British travellers facing a race home today to avoid being stranded in Dubai and Abu Dhabi. 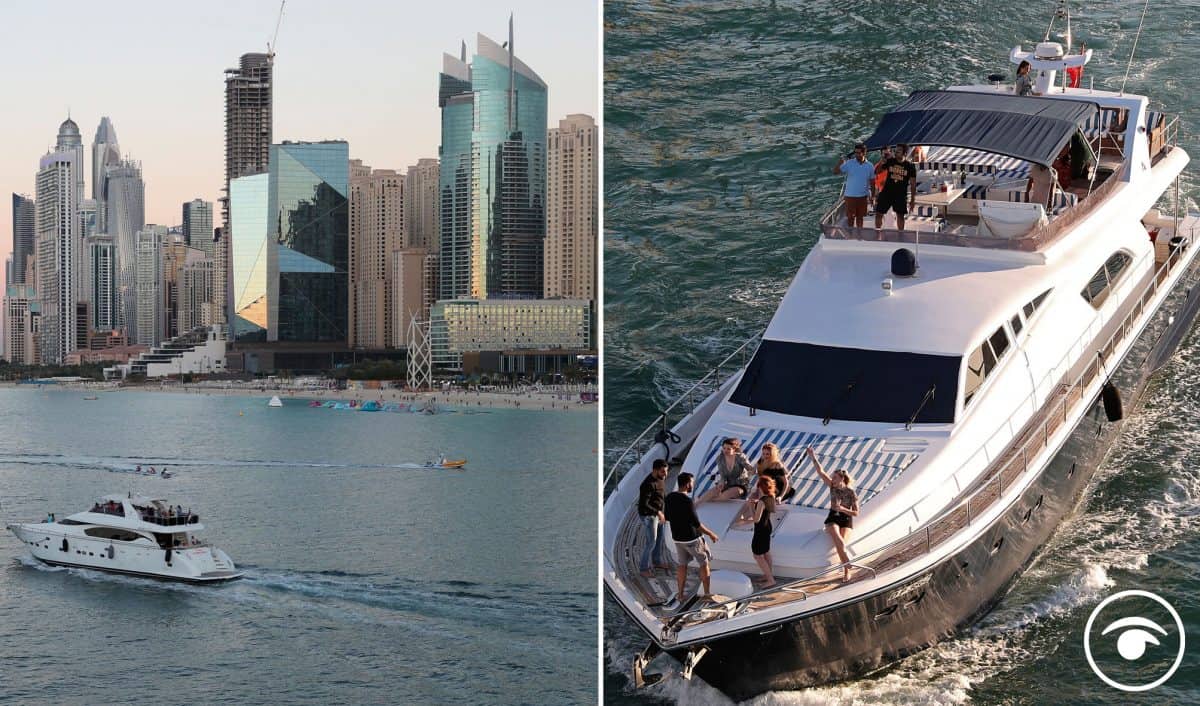 After opening itself to New Year revellers, Dubai is now being blamed by several countries for spreading the coronavirus abroad, as questions swirl about the city-state’s ability to handle record spikes in Covid-19 cases.

It will come as a concern in the UK as Dubai has been used by ‘influencers’ from the UK to ‘work’ during the UK lockdown.

This Morning fans were left fuming after fitness influencer Sheridan Mordew appeared on the show to insist that her Dubai holiday was an “essential work trip” – and necessary for her “mental health”.

Appearing by a swimming pool from in Dubai on 26th Jan, she said: “The reason I came out to Dubai was purely for business, I’m a personal trainer – a lot of gyms have closed, so basically I took my online business over to Dubai and now I do things in my apartment.

“I used to do it in Britain but now I do it in Dubai, so it’s exactly the same.”

There is no evidence that UK ‘influencers’ have brought back Covid to the UK at this time.

However, models and social media influencers are among thousands of British travellers facing a race home today to avoid being stranded in Dubai.

The scramble to get a flight comes after ministers added the United Arab Emirates to the so-called red list of countries from where travel to the UK is prohibited during the coronavirus pandemic.

The ban on direct inbound passenger flights from the UAE to Britain comes into effect at 1pm today.

British and Irish nationals, and people with residence rights, will still be able to enter the country but must self-isolate for 10 days at home.

The government said the kingdom is doing all it can to handle the pandemic, though it has repeatedly declined to answer questions about its hospital capacity.

In a statement, the government said: “After a year of managing the pandemic, we can confidently say the current situation is under control and we have our plans to surge any capacity in the health care system should a need rise.”

However, Nasser al-Shaikh, Dubai’s former finance chief, offered a different assessment on Twitter, and asked authorities to take control of a spiralling caseload.

“The leadership bases its decisions on recommendations from the team, the wrong recommendations which put human souls in danger and negatively affect our society,” he wrote, adding that “our economy requires accountability”.

Dubai, known for its long-haul carrier Emirates, the world’s tallest building and its beaches and bars, became one of the first travel destinations to describe itself as open for business last July.

The move staunched the bleeding in its crucial tourism and property sectors after lockdowns and curfews had hit the economy.

But then came New Year’s Eve – a major draw for travellers from countries otherwise shut down over the virus who partied without face masks in bars and on yachts.

For the last 17 days, the United Arab Emirates as a whole has reported record daily coronavirus case numbers as queues at Dubai testing facilities grow.

In Israel, more than 900 travellers returning from Dubai have been infected with the coronavirus, according to the military, which conducts contact tracing.

The returnees created a chain of infections numbering more than 4,000 people, the Israeli military told the AP.

Tens of thousands of Israelis had flocked to the UAE since the two countries normalised relations in September.

Israeli health ministry expert Dr Sharon Alroy-Preis was quoted by Channel 13 TV as complaining in a call with other officials that a few weeks of travel had been more deadly than decades of no relations with the Arab nation.

Since late December, Israel has required those coming from the UAE to go into a two-week quarantine.

Israel later shut down its main international airport until through the end of the month over rising cases.

Denmark already discovered one traveller coming from Dubai who tested positive for the South African variant, the first such discovery there.

In the Philippines, health authorities say they discovered a British strain infecting a Filipino who made a business trip to Dubai on December 27. He returned to the Philippines on January 7 and tested positive.

He “had no exposure to a confirmed case prior to their departure to Dubai”, the Philippines department of health said.

In the time since, Filipino authorities have discovered at least 16 other cases, including two coming from Lebanon.

As daily reported coronavirus cases near 4,000, Dubai has sacked the head of its government health agency without explanation.

It stopped live entertainment at bars, halted non-essential surgeries, limited wedding sizes and ordered gyms to increase space between those working out.

It also now requires coronavirus testing for all those flying into its airport.

The UAE had pinned its hopes on mass vaccinations, with Abu Dhabi distributing a Chinese vaccine by Sinopharm and Dubai offering Pfizer-BioNTech’s inoculation.

The UAE says it has given 2.8 million doses so far, ranking it among the top countries in the world.

Dr Santosh Kumar Sharma, the medical director of Dubai’s NMC Royal Hospital, told the AP “the number of cases (is) ever-rising”, with over half its beds occupied by coronavirus patients.

The World Health Organisation said that before the pandemic, the UAE had nearly 13,250 hospital beds for a country of more than nine million people.

It said Dubai and the UAE’s northern emirates built field hospitals amid the pandemic with some 5,000 beds, with Abu Dhabi building more.

But Dubai closed its 3,000-bed field hospital in July – the same day it reopened for tourism. Both Dubai and the UAE’s health ministry now advertises for nurses on Instagram.

“The sad thing is that great efforts have been made since January 2020 for us to come and undermine them with our own hands,” Mr al-Shaikh wrote.

“What makes things worse is the lack of transparency.”

Earlier this week, the UAE’s autocratic government told those who are worried to “refrain from questioning the efforts of all those who have worked to contain this pandemic”.

Related: Influencer in Dubai to “motivate people” receives dressing down from ICU doctor