The drone was supposed to be used for many ‘exciting opportunities’ but has yet to take off on council business. 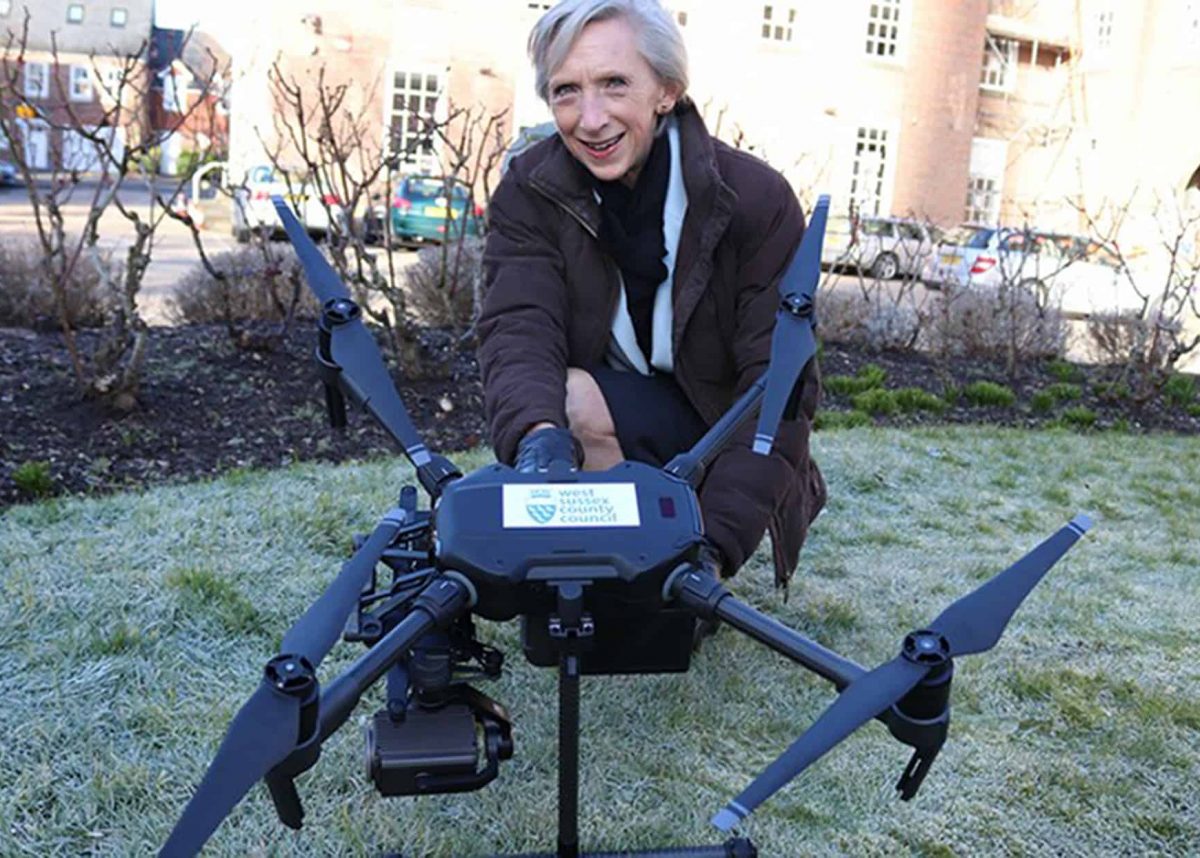 West Sussex County Council undated handout photo of their then leader Louise Goldsmith in February 2018 with the council's new drone which has cost the county council nearly £36,000 and has not flown operationally a single time since it was purchased a year and a half ago.

A drone that has cost a county council nearly £36,000 has not flown operationally a single time since it was purchased more than a year and a half ago.

West Sussex County Council became one of the first local authorities in the UK to buy a drone, in February 2018.

Then council leader Louise Goldsmith hailed the many “exciting opportunities” for its use, including by firefighters.

But despite shelling out £20,850 for the drone, and paying for 15 people to be trained to use it, the UAV has yet to be flown in an official capacity.

The drone’s future is now being reviewed, the council said.

The disclosure comes after Labour councillor Michael Jones submitted a written question to the council.

He told the PA news agency: “I was genuinely staggered when I was told that it had never been used, particularly as it had been bought with such fanfare.

“I think it’s certainly an insult to taxpayers.

“I can’t stand the thought that it might end up sitting on the shelf gathering dust.”

Mr Jones called the drone a “publicity stunt” and said that he would rather it be donated to an organisation that can use it, if the council is unable to use it itself.

In addition to the purchase costs, the council confirmed that it has spent £12,353 on training 15 staff – one of whom has since retired – and £2,753 on insurance.

A council spokesman said: “We acknowledge there has been a delay in using the drone.

“We have faced a number of difficulties, mainly around licensing, and as a result we are reviewing its future use.”

When announcing the drone in 2018, Ms Goldsmith said: “I’m really excited we have bought this new equipment to expand on the really fantastic work our fire and rescue service does.

“I know by investing in these pieces of equipment they will help save lives.

“There are also some really exciting opportunities for us to use the drone across the council, and we are one of the first local authorities to have invested in one.

“I look forward to seeing it in action.”