Mencap said it received reports in January from people with learning disabilities who had been told that they would not be resuscitated if they contracted Covid-19. 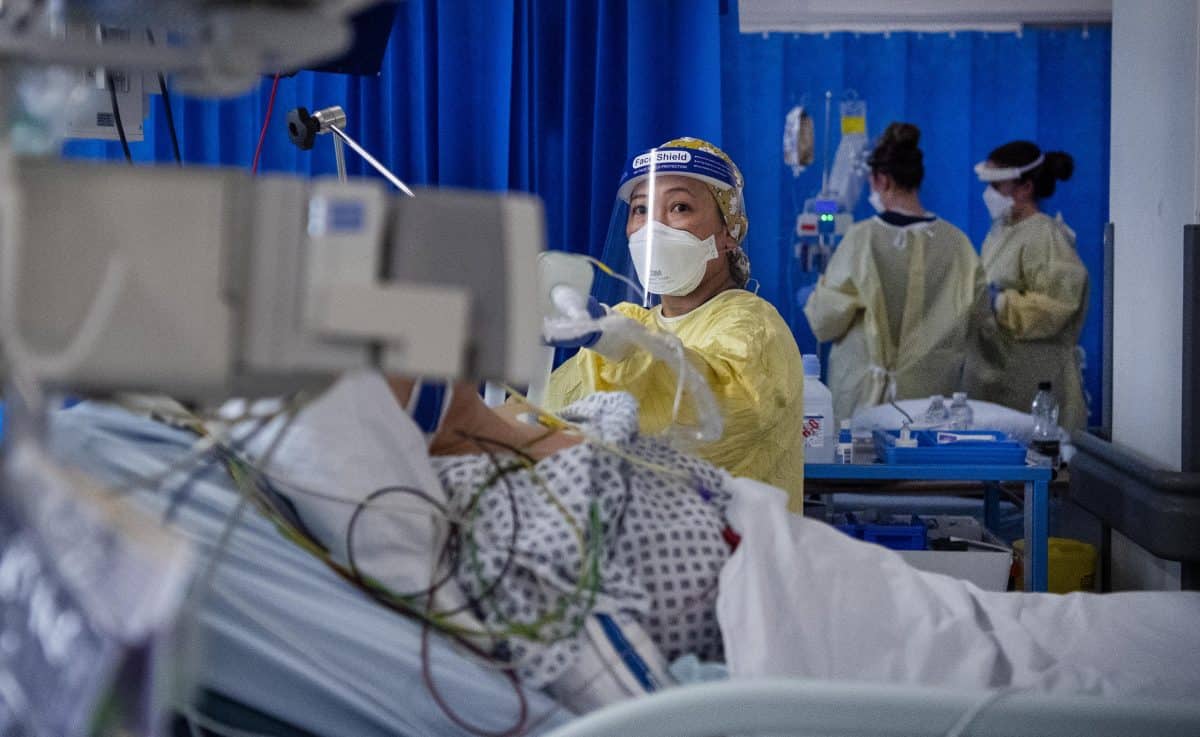 A nurse works on a patient in the ICU (Intensive Care Unit) in St George's Hospital in Tooting, south-west London, where the number of intensive care beds for the critically sick has had to be increased from 60 to 120, the vast majority of which are for coronavirus patients.

Patients with learning disabilities have been given do not resuscitate orders during the deadly second wave of the coronavirus pandemic, despite widespread condemnation of the practice and an urgent investigation from a care watchdog.

Charity Mencap said it received reports in January from people with learning disabilities, who had been told that they would not be resuscitated if they contracted Covid-19.

The news comes despite the Care Quality Commission saying in December that ill-advised Do Not Attempt Cardiopulmonary Resuscitation (DNACPR) notices had caused a number of potentially avoidable deaths last year.

Do not resuscitate orders are normally reserved for people too frail to benefit from CPR – but Mencap said that some had been issued for people because they had learning disabilities.

It comes as pressure increased on ministers to reconsider a decision not to give people with learning disabilities priority for coronavirus vaccinations.

Some people with learning disabilities like Down’s syndrome were in one of the four priority groups set by the Joint Committee on Vaccination and Immunisation, which had been promised a vaccine by the government by tomorrow, but many are still waiting.

Edel Harris, Mencap chief executive, told the Observer: “Throughout the pandemic many people with a learning disability have faced shocking discrimination and obstacles to accessing healthcare, with inappropriate Do Not Attempt Cardiopulmonary Resuscitation (DNACPR) notices put on their files and cuts made to their social care support.

“It’s unacceptable that within a group of people hit so hard by the pandemic, and who even before Covid died on average over 20 years younger than the general population, many are left feeling scared and wondering why they have been left out.

“The JCVI and government must act now to help save the lives of some of society’s most vulnerable people by urgently prioritising all people with a learning disability for the vaccine.”

Professor Martin Green OBE, Care England’s chief executive, added: “As the largest representative body for independent providers for adult social care, Care England remains concerned that the government has not given individuals with a learning disability a higher level of priority for the Covid vaccine.