A severely disabled mum-of-two who struggles to walk more than a few metres has had her mobility allowance axed – because she can squeeze someone’s THUMB. Mel Wiseman, 43, suffers from debilitating multiple sclerosis (MS) and is unable to walk unaided for more than five metres. She qualified for disability benefits but has now had […] 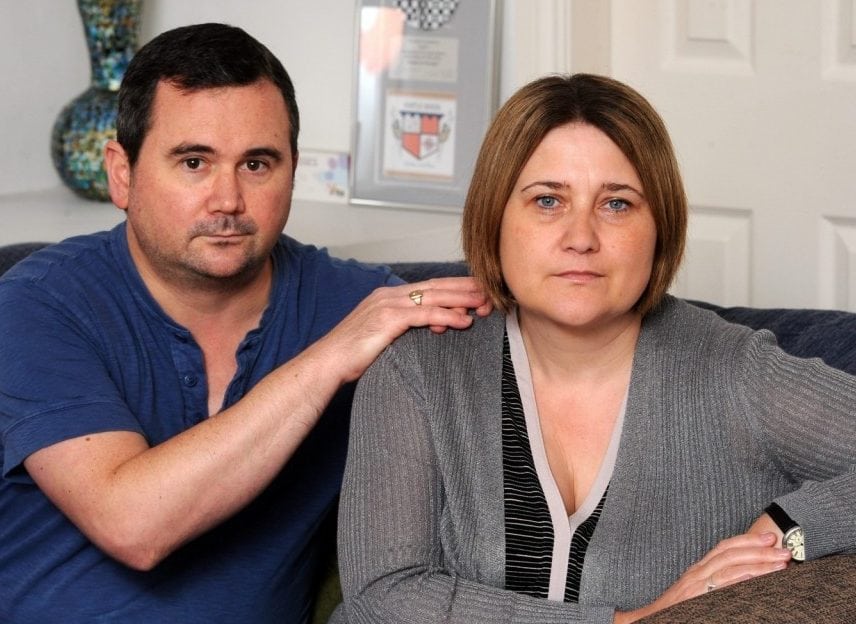 A severely disabled mum-of-two who struggles to walk more than a few metres has had her mobility allowance axed – because she can squeeze someone’s THUMB.

Mel Wiseman, 43, suffers from debilitating multiple sclerosis (MS) and is unable to walk unaided for more than five metres.

She qualified for disability benefits but has now had her £87-a-month personal independence payment (PIP) cut.

Assessors from the Department for Work and Pensions (DWP) visited her at home in July and decided she was no longer eligible for PIP.

Bizarrely, the decision was made after Mel, from Leicester, demonstrated to officials that she was able to squeeze someone’s thumb.

Mel’s husband and full-time carer Charlie, 44, said: “All Mel was asked to do was to squeeze this person’s thumb, to touch her toes from a sitting position and to stand on one leg, which she managed to do although holding on to something.”

“She was awarded the PIP last year due to mobility problems, but you have to re-submit the forms every year.

“Mel has deteriorated over the past year.

“This decision strikes me as pure cost-saving – £87 isn’t very much and goes to help with the extra costs which go with Mel’s MS, such as higher insurance, extra equipment and fuel to take her to work and for medical appointments.

“One of the problems with MS is that having anything stress-related compounds the symptoms.

The PIP replaced the former disability living allowance with the aim of helping working age people with the extra costs associated with their disability.

He added that letters from MS specialists at Leicester’s hospitals stating his wife had “a lot of weakness and spasticity in her legs” and that she frequently stumbled appeared to have been ignored.

North West Leicestershire MP Andrew Bridgen (Con) said: “I have been assisting Mr and Mrs Wiseman in contacting the DWP regarding Mrs Wiseman’s appeal and, following their most recent response, I plan to raise the case at a ministerial level.”

A DWP spokesman said: “Decisions on personal independence payment are made following the consideration of all information provided by the claimant, including any supporting evidence from their GP or medical specialist.

“A claimant who disagrees with the outcome of their assessment can appeal and if their situation changes, can ask to be reassessed.”