Experts said the government should make a decision now so people and businesses could begin to plan for a delay. 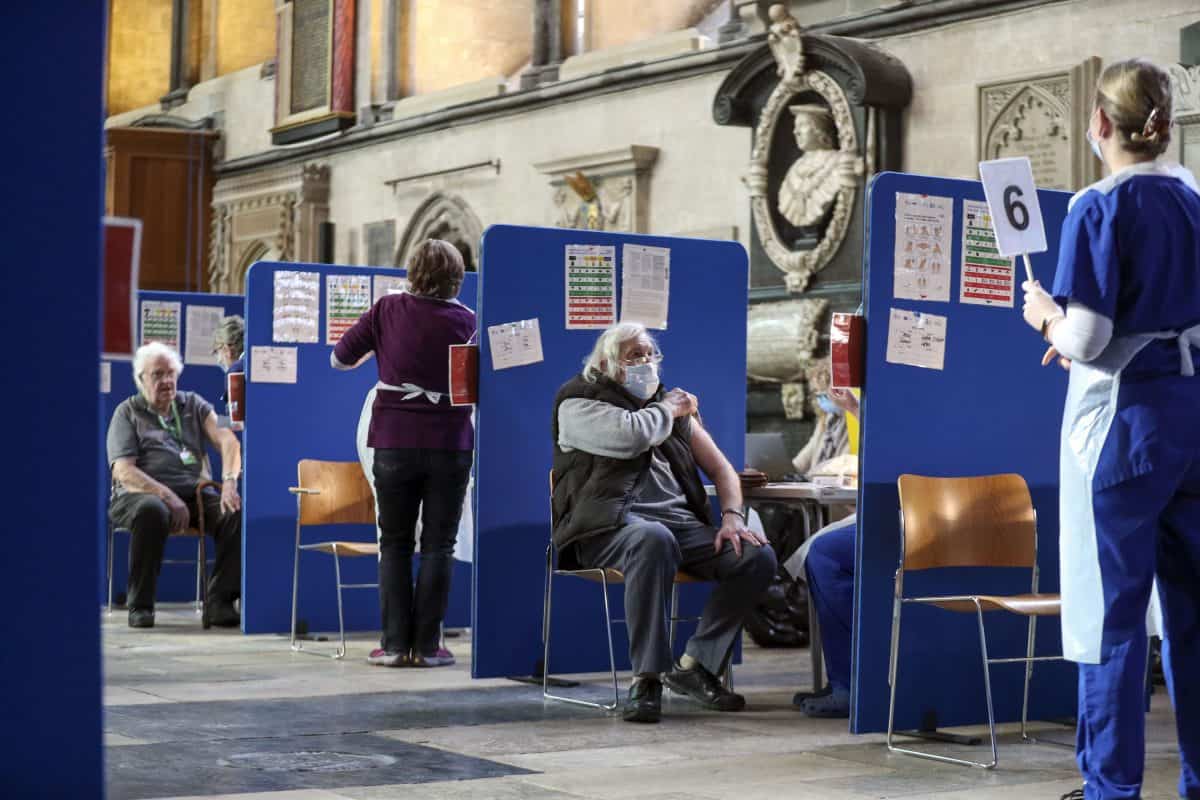 Scientists have urged ministers to immediately announce a delay to the final relaxation of Covid-19 restrictions on 21 June “by a few weeks” amid rising cases.

Experts said the government should make a decision now so people and businesses could begin to plan for a delay.

Ministers are due to announce whether final restrictions can be eased in the next seven days but Professor Sir David King, former scientific adviser to the government, said that officials already have enough data to make their decision.

He said hospital admissions are slowly going up and that new cases have increased by thousands in just one week. It comes after Health Secretary Matt Hancock said ministers are “absolutely open” to delaying unlocking if it was needed.

Reports suggest the prime minister is considering pushing so-called freedom day back by at least two weeks in order to allow more people to be fully vaccinated.

Sir David, who was the government’s chief scientific adviser from 2000 to 2007, said that hundreds of the new cases each day were among those who have had both Covid-19 jabs.

But NHS officials have said previously that people being admitted to hospital are generally younger and only a few have received both doses of their Covid-19 vaccine.

“Now we’ve been discussing whether or not we’re going into a serious third wave and I don’t think we can possibly wait any longer – this is the evidence of another wave appearing.

He added: “(On) the number of people in our hospitals, which the government says is relatively stable, it’s 932 per day going into hospital, which is up 65 from last week. It’s not actually stable, it is slowly rising.

“I’m very reluctant to say that we should not go out of lockdown on 21 June, but I think the figures are in now, and it will be wise for the government to announce right away a delay in opening, just so that we can all plan.

“I would give a few weeks’ delay and see how the figures are emerging.”

Ravi Gupta, professor of clinical microbiology at the University of Cambridge, said that the added time of “a few more weeks rather than months” may be needed before a full exit from lockdown.

He Gupta told BBC Breakfast that options could include a modification of a full exit from lockdown, involving continued mask-wearing in workplaces, and remote working.

Pressed on the BBC’s The Andrew Marr Show on Sunday whether unlocking could be postponed, Hancock said: “We are absolutely open to doing that if that’s what needs to happen.”

The race to guard the population against the virus will continue at pace this week, with reports suggesting that those under 30 will be invited to book their vaccines.

Over the weekend, there were queues of young people at vaccination centres which have already opened their supply up to all people aged over 18.

Daily reported Covid-19 cases over the weekend remained above the 5,000 mark, with a further 5,341 lab-confirmed cases recorded on Sunday, while the government said a further four people had died within 28 days of testing positive for Covid-19 as of 9am that day.

Figures from the government suggest that 76.6 per cent of the adult population have had their first dose of the jab and more than half have had their second.

The health secretary said vaccines were “working” and that “very few” people who had been fully vaccinated were ending up in hospital.

“Critically, those who are double vaccinated also appear to be – even if they’re in hospital – less seriously ill,” he told Marr.

“So the vaccine is working and it is our way through it, but the new variant, because it’s more transmissible, is obviously making that calculation harder and we’ll look at the data for another week and then make a judgment.”