The Daily Express today sensationally switched its position on Brexit from boom to bust as it warned of pain to come. Brazen proponents of the Leave Campaign in the run-up to the referendum the paper has splashed a Brexit exclusive warning that we must “suffer pain now so we can make Britain great again”. The […] 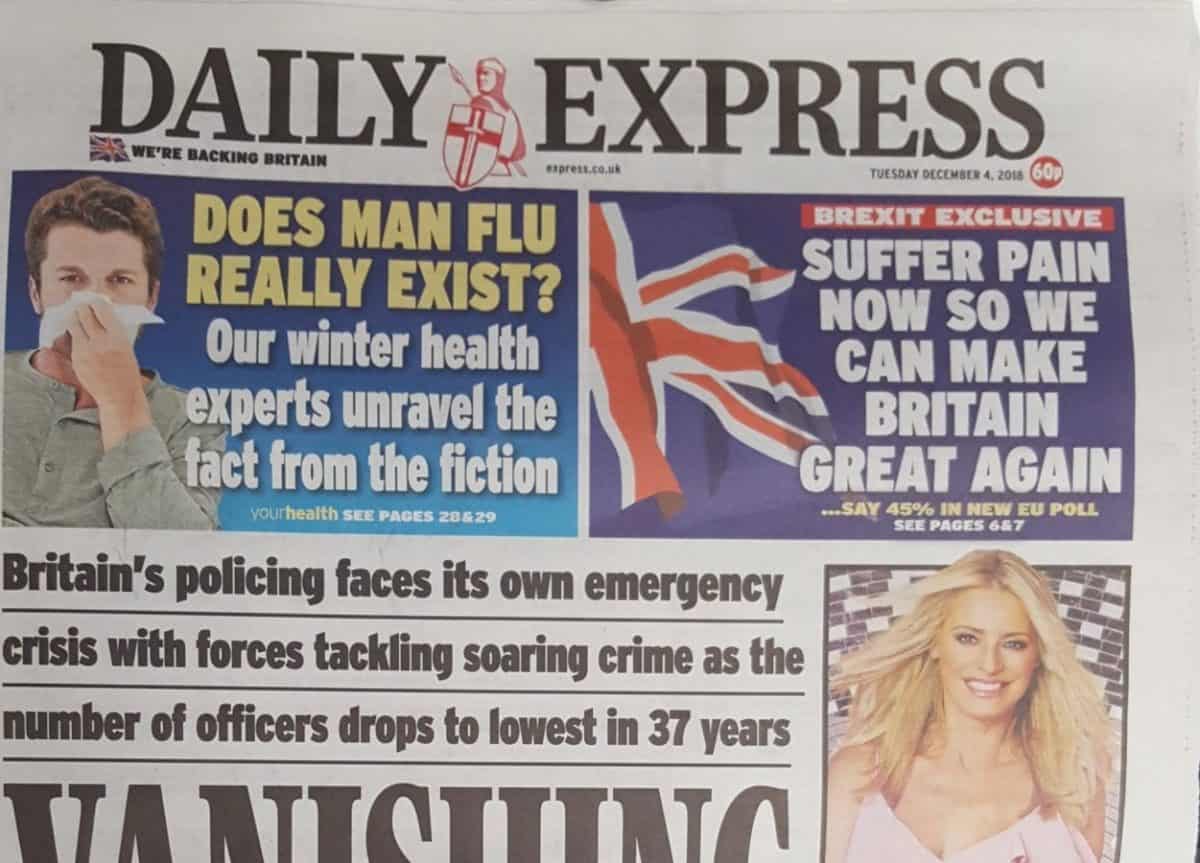 The Daily Express today sensationally switched its position on Brexit from boom to bust as it warned of pain to come.

Brazen proponents of the Leave Campaign in the run-up to the referendum the paper has splashed a Brexit exclusive warning that we must “suffer pain now so we can make Britain great again”.

The Trumpism was dished out in a double-page spread by political editor Macer Hall that appealed to readers to “sacrifice some prosperity now so we can get the Brexit we want”.

It is based on an opinion poll that showed 45 per cent of Brits would be prepared to give up some economic growth now in order to complete Brexit properly, which also translates to 55 per cent of people who don’t want that to happen.

The poll also revealed just 26 per cent supported May’s deal while 40 per cent were in favour of a second referendum, stats which were buried further down the piece.

The journey from political position to article of faith then onto fetish is complete. pic.twitter.com/VuvkLri9pQ

In the run-up to the EU referendum the Daily Express trumpeted the Leave campaign, running “Vote Leave Today” on its front page on the day of the referendum.

It has also run defiant front pages this year pronouncing that a “Brexit boom is here” despite woeful economic performances.

Over the past 20 years it has been a leading publisher of “Euromyths” that have been debunked since.

One piece preposterously claimed the EU was trying to restrict how much coffee Brits drink. Another accused the EU prioritising green cars above terrorism, which was also easily debunked.