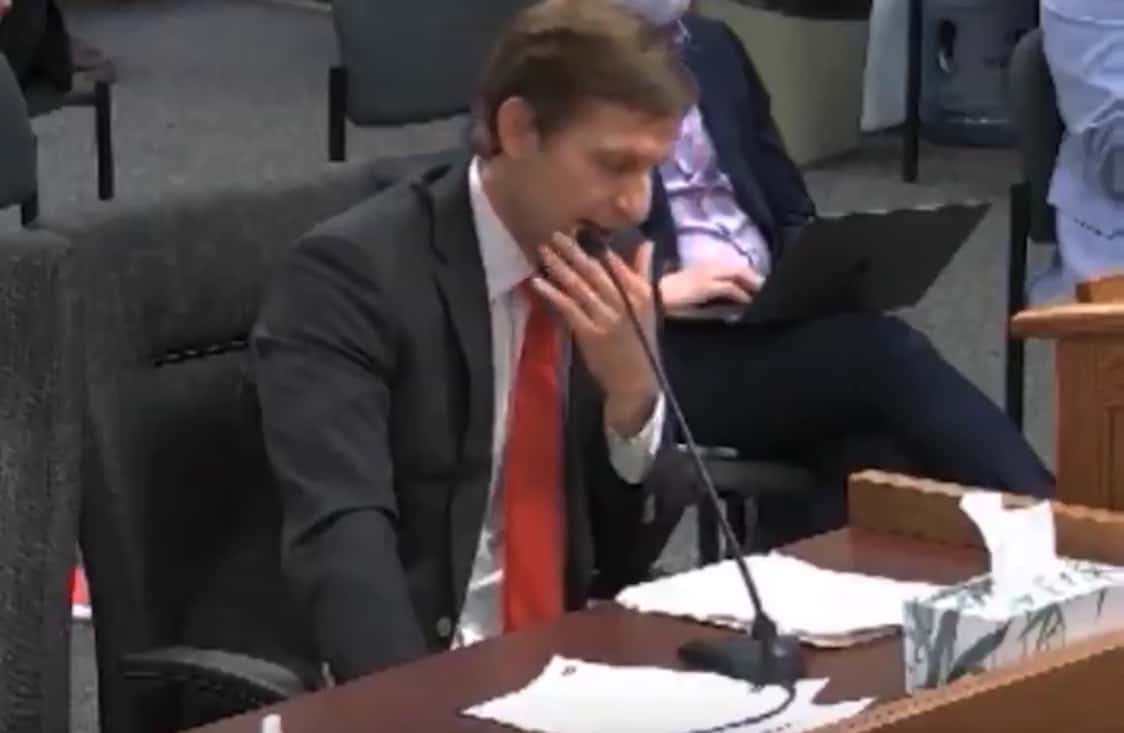 A video of a father defending his transgender daughter’s rights in front of lawmakers has gone viral on social media.

Brandon Boulware testified on March 3 in front of a House committee to try to convince lawmakers not to pass House Joint Resolution 53.

The bill seeks to amend the state constitution to force students to play on the sports team that matches the sex listed on their birth certificate, with several other similar bills aimed at restricting the lives of trans kids sweeping their way across state legislatures.

He said his child was “miserable” as a result, “absolutely miserable”, and had “no confidence, no friends, no laughter”.

“I can honestly say this: I had a child who did not smile.”

It wasn’t until one day, when Boulware found his daughter wearing her sister’s dress, that his attitude changed. He had forbidden her from playing with a neighbour’s kids—so she asked him if she could play if she changed into boys’ clothes. That question, Boulware said, made him realise that he was in the wrong.

MUST WATCH: Brandon Boulware, the father of a transgender daughter, testifies during a hearing asking Missouri lawmakers to stop discriminating against trans youth. pic.twitter.com/bTuSoyE1nW

Related: The government just voted to curtail our ability to protest – and the papers have ignored it