The protest has been planned outside Almondbury community school in Huddersfield, West Yorks. 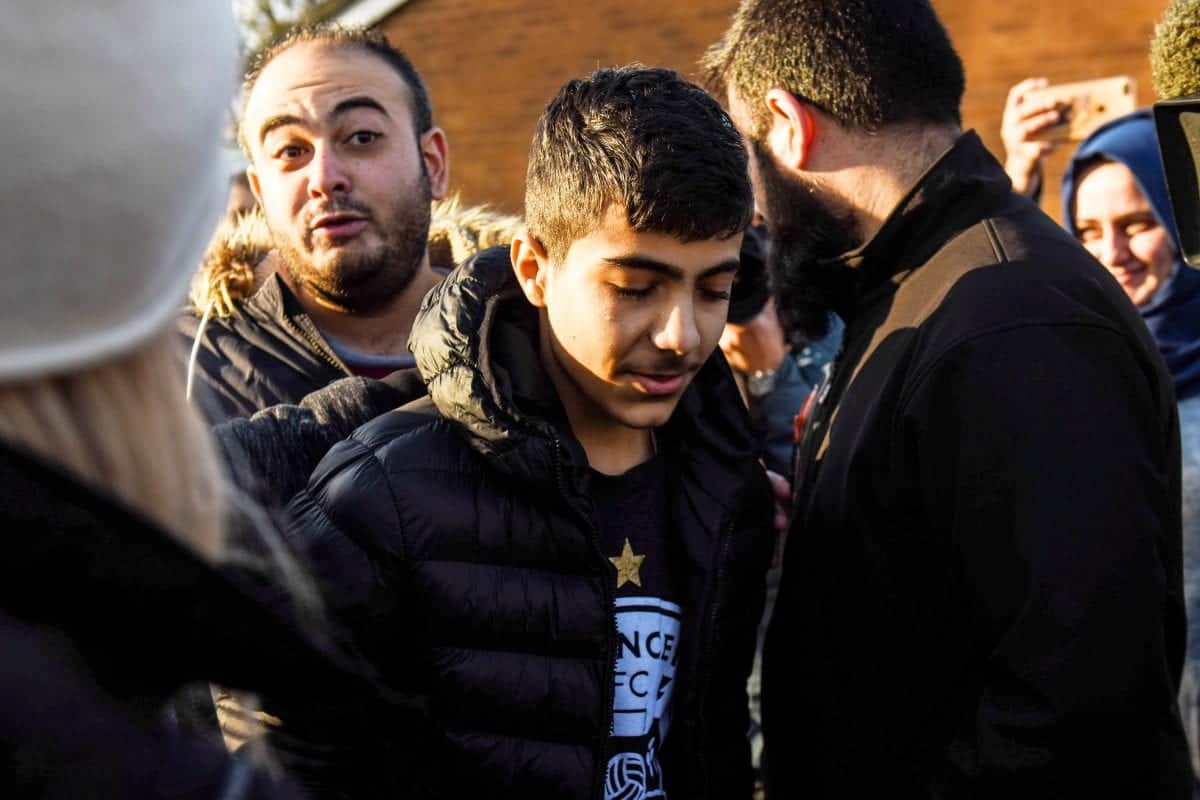 THE Syrian refugee “waterboarded” at school begged for help three weeks before the attack claims a Councillor.

Jamal, 15, was subjected to horrific abuse from other pupils – but despite his family writing pleading letters to teachers, cops and even Ofsted, nothing happened to help him out.

Cllr McGuin said: “He gave me a catalogue of assaults that had happened to him.

“He lists reoccurring bullying, verbal, physical and psychological abuse from a group of pupils. His arm was broken and he went to hospital.”

“In the email he says ‘on a number of occasions I have observed my abusers laughing and recording me on their smartphones without my permission’.

“He said he sent a complaint to the police, education services, Kirklees Council, the Department of Education and Ofsted for their immediate investigation on October 4, but felt as though nothing had happened so he was contacting me.

“I was taken aback that someone so young had the presence of mind to send the email to me. In a way I’m pleased he trusted me to do something about it.

“He was only 15 or 16 and he was obviously in a really bad way. He thought the school and the police were ignoring him.”

Right-wing activist Robinson, whose real name is Stephen Yaxley-Lennon, posted a Facebook video claiming “everyone is terrified” of the response of Muslim gangs in Almondbury School.

He claims the 16-year-old, who has been summoned to court over an offence of assault, is “living in complete fear and the whole country has turned on him”.

In a Facebook Live video on his account, Robinson fumed over the sympathy shown to the Syrian refugee victim and his family.

Robinson said: “Imagine being in that school, you have lots of Muslim gangs beating up lots of young English kids, not one-on-one but gangs booting the hell out of them.

“Then you decide to make a stand against this kid and you go up and grab him, then what happens? The whole world turns against him.”

Robinson claims to have been sent photos of English schoolchildren with ‘visible’ injuries after being ‘jumped’ by gangs of Muslims.