Council penny pinching and accepting the lowest bid was to blame for a huge blaze in a tower block which killed at least 12 people, a former worker claimed. The woman, who worked as a property manager for Conservative controlled Royal Borough of Kensington and Chelsea Council for 20 years said the deadly blaze could […] 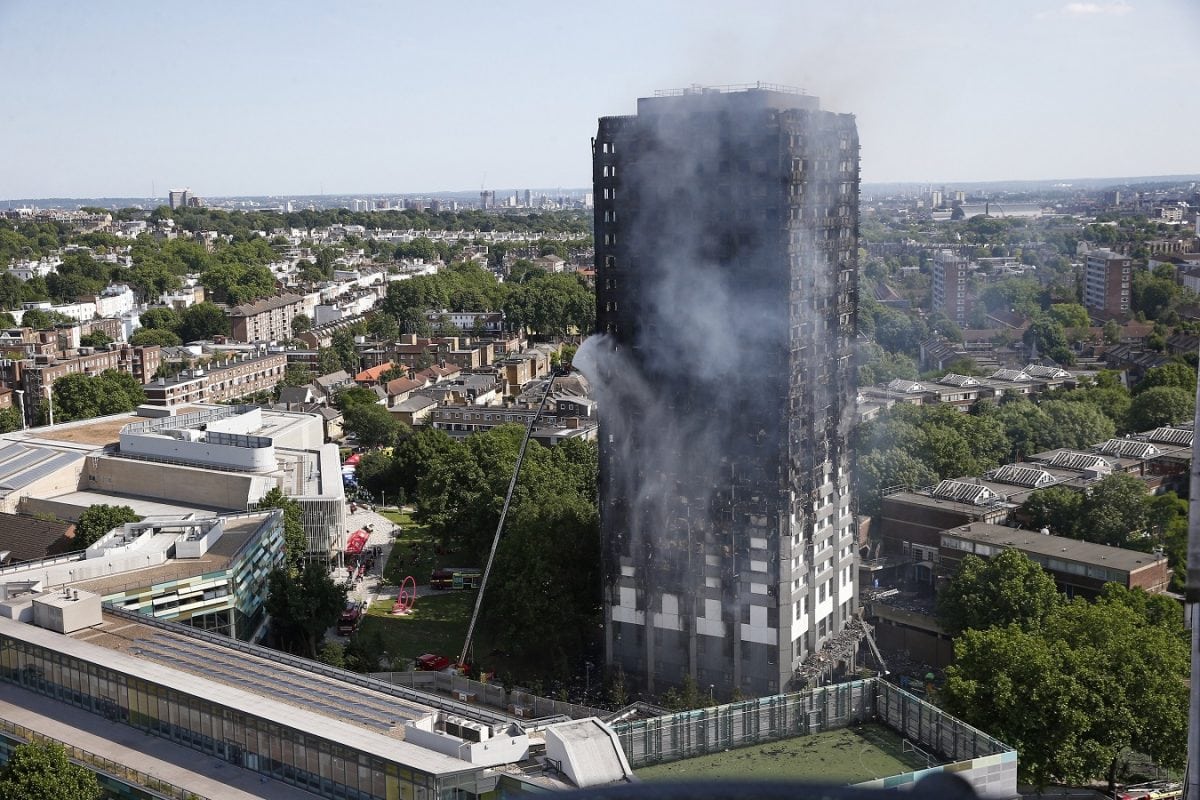 Council penny pinching and accepting the lowest bid was to blame for a huge blaze in a tower block which killed at least 12 people, a former worker claimed.

The woman, who worked as a property manager for Conservative controlled Royal Borough of Kensington and Chelsea Council for 20 years said the deadly blaze could have been prevented if the council had spend money upgrading it.

But Grenfell Tower, run by Tenant Management Organisation for the Royal Borough of Kensington and Chelsea Council, was not modernised during the employee’s two decades working in the property area of the authority.

Often fire alarms didn’t work and a new external fire escape was not installed because it would cost too much, she said.

She claimed new cladding fitted to the outside of the building last years caused the blaze to rip through the block because substandard and cheap materials were used in an effort to save cash.

She said: “They spent £1 million on cladding the outside of the building last year, and surveyors told the council not to use the cheapest possible materials, but they accepted the lowest possible bid.

“The surveyors weren’t happy about it, but every time we brought it up with management they said ‘we hear you, but we simply can’t spend the money on upgrading the building’.

“It was built in the 1970s and the council didn’t want to spend the money needed to bring it up to date because it would have cost so much money and taken so much work.

“The materials they used for the cladding was a cheap mixture rather than the more solid concrete.

“The cladding created a gap between the wall which caused the fire to spread even quicker throughout the floors.” The woman, who retired in 2010, said she blames council bosses .

She added: “Kensington and Chelsea Council are responsible and for years bids were being made and they were all being turned down.

“I’m disgusted with the council. They think more about money than human lives.

“All the years I worked there it was like that.

“Every year I went on inspections of the building and every year the same problems continued.

“There needed to be an external fire escape and the residents were pushing for it, but it never got done because the cost came in too high at around £30 million for all the upgrades.

“The council thought it was too much money to spend on one building and chose not to do it.

“Seeing what happened this morning, I just couldn’t believe it, they risked over 600 people’s lives to save money.

“I was absolutely gutted, it really upset me, I knew the building so well and got to know a lot of the families.

“But I wasn’t surprised, I could see it happening and all the surveyors knew it didn’t meet the standards.

“The fire brigade were also unhappy with giving it a fire certificate, but the council didn’t want to have to rehome all those people.

“Why didn’t they have working for alarms? There should have been sprinklers in the communal areas too.

“The councillors are to blame too, they had the final approval on every project so they knew what was going on.

“But because they are poor people in north Kensington they don’t want to spend the money.” The retired council worker fears the tragic inferno could be replicated on an even larger scale at the 31-storey Trellick Tower in Kensal Town, also in the Royal Borough of Kensington and Chelsea.

She added: “I’m worried about Trellick Tower, that is an even bigger building with over 1,000 people living their in over 30 floors.

“It’s one of the biggest residential buildings in Kensington and Chelsea.

“It was also build in the 1970s, but is in an even worse state than Grenfell.

“It isn’t safe either and hasn’t been brought up to scratch. It doesn’t have working fire alarms or sprinklers, it could easily happen there as well.

“I pray to god they do something about Trellick Tower, that will go up even quicker.”

Two months ago a flat on the 27th floor of Trellick Tower caught alight and a woman and child escaped to safety.