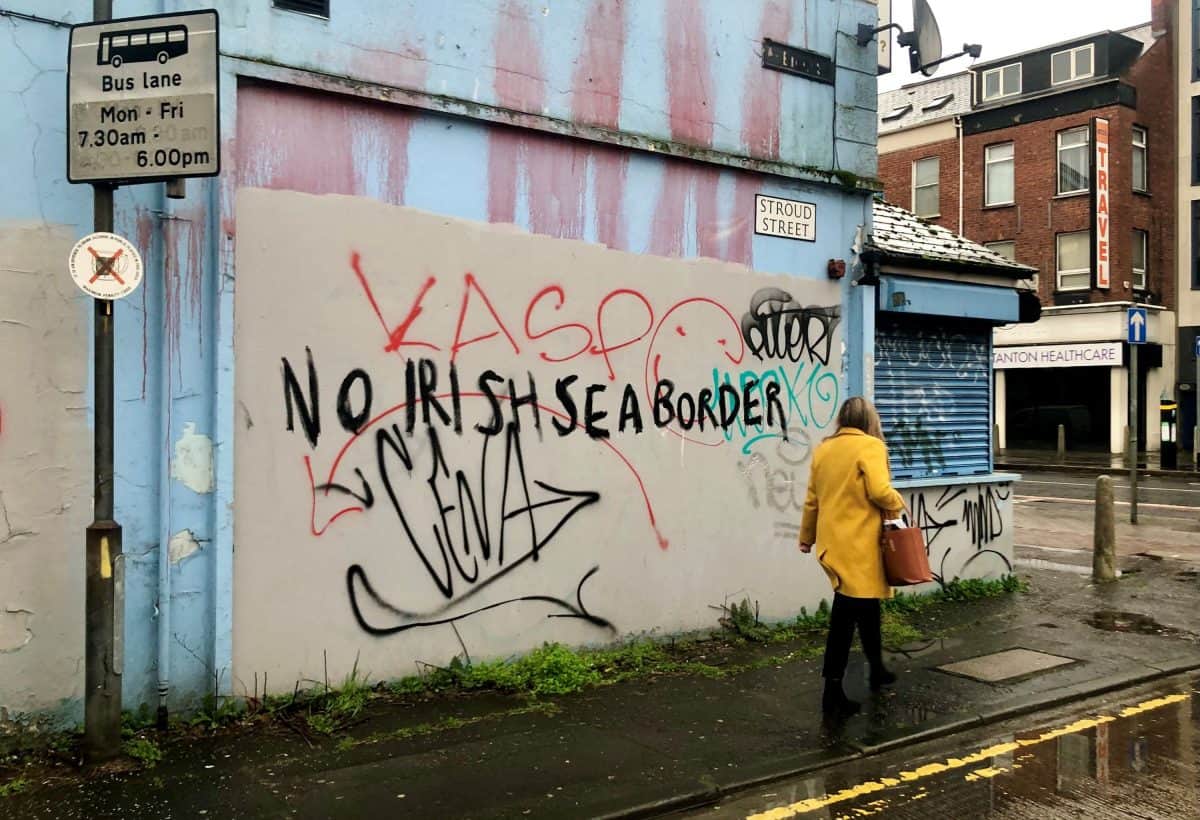 Simon Coveney said people calling for an end to the new post-Brexit Irish Sea trading arrangement are being “completely unrealistic”, adding: “That is not going to happen.”

Tensions around the protocol escalated after the European Commission threatened to suspend part of the agreement last week. Coveney said that had made the implementation of the mechanism more difficult.

“While that decision was reversed, and wouldn’t have happened at all if there had been consultation, it certainly triggered a political response in Northern Ireland, which makes implementation of the protocol even more difficult,” he told RTE Morning Ireland.

“When you have a significant minority of politicians now saying they will not actively co-operate with the protocol, then that poses real difficulties. Those who are calling for the doing away of the protocol entirely, I think, are completely unrealistic.”

Physical inspections on goods entering Northern Ireland from Great Britain, which are required under the protocol, have been suspended amid threats and intimidation of staff.

The Police Service of Northern Ireland (PSNI) has insisted there is no evidence that loyalist paramilitaries are involved in the campaign, instead blaming disgruntled individuals and small groups.

“Added to that, you have totally unacceptable threats to people working in Larne and Belfast port,” Coveney added.

“I think the PSNI has provided clarification this isn’t a wider loyalist paramilitary issue, but it certainly is still intimidating for workers there, and that is something that needs to be condemned.”

Coveney said Ireland, the UK and the EU have a legal obligation, in an international treaty, to implement the protocol.

“The protocol isn’t primarily the problem here; the problem is Brexit and the kind of Brexit that the British Government pursued and insisted on,”  Coveney added. “There were alternatives that would have been much easier to implement.

“The EU wanted to share a customs union and a single market with the UK – that would have meant no barriers to trade.

“There are some people who are trying to rewrite history. The protocol itself is about solving problems that are caused by Brexit, trying to protect an all-island economy, prevent infrastructure on the island, protect political relationships on the island.

“That’s what the protocol is about. There are elements of it, in terms of implementation, that are causing problems.”

Related: As Bezos steps down, Amazon strives to prevent first US warehouse union