The rubbish, which included a mattress, various pieces of furniture, ladders, and a watering can was strewn across the road, blocking the route 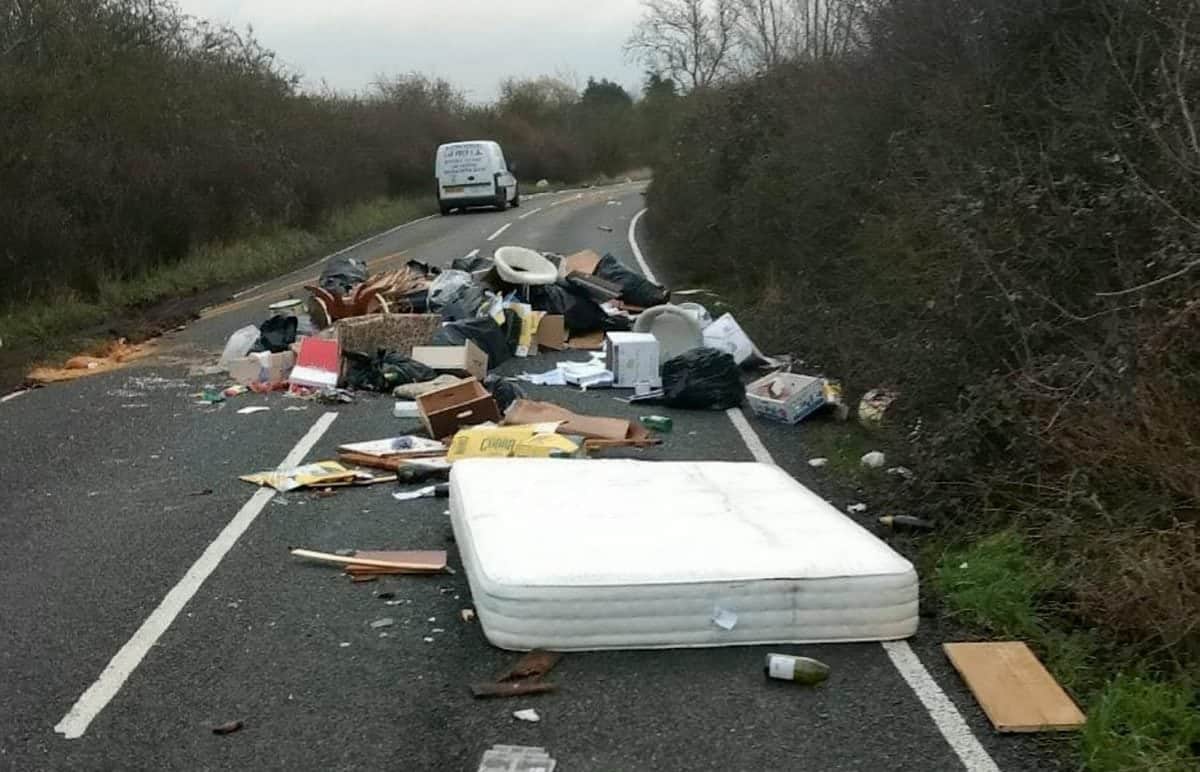 Commuters were driven round the bend by a “quarter of a mile” of debris which was dumped by fly tippers on a rural road.

The rubbish, which included a mattress, various pieces of furniture, ladders, and a watering can was strewn across the road, blocking the route.

Motorist Dan Palmer filmed the extent of the debris, which eventually forced him off the road as he tried to avoid it.

He said: “It was so shocking to see, I can’t believe anyone would have the gall to just dump it all in the middle of the road like that.

“There was a mattress and furniture and all sorts, it’s clearly some sort of house clearers who have just driven down here and chucked it.

“It could have easily caused an accident though, it’s a busy road and some of it was left on a busy road.

“I don’t think they care how serious it could have been.”

Dan, who works as a tree surgeon, heard about the fly tipping on Facebook shortly after the mounds of rubbish were dumped last week.

He said: “We have a village page and someone reported it around 10pm at night.

“The police and highways came out to try and move it but there was so much of it, they had to close the road.

“I went down there the following morning to see if there was anything I could do but there was no easy way of clearing it.

“I measured how far it went on for and it stretched over a quarter of a mile.”

Council teams were sent down to shift the dumped litter from the road in Hullbridge, Essex.

It caused travel chaos as motorists trying to travel between Hullbridge and Hockley were forced to use alternative routes. 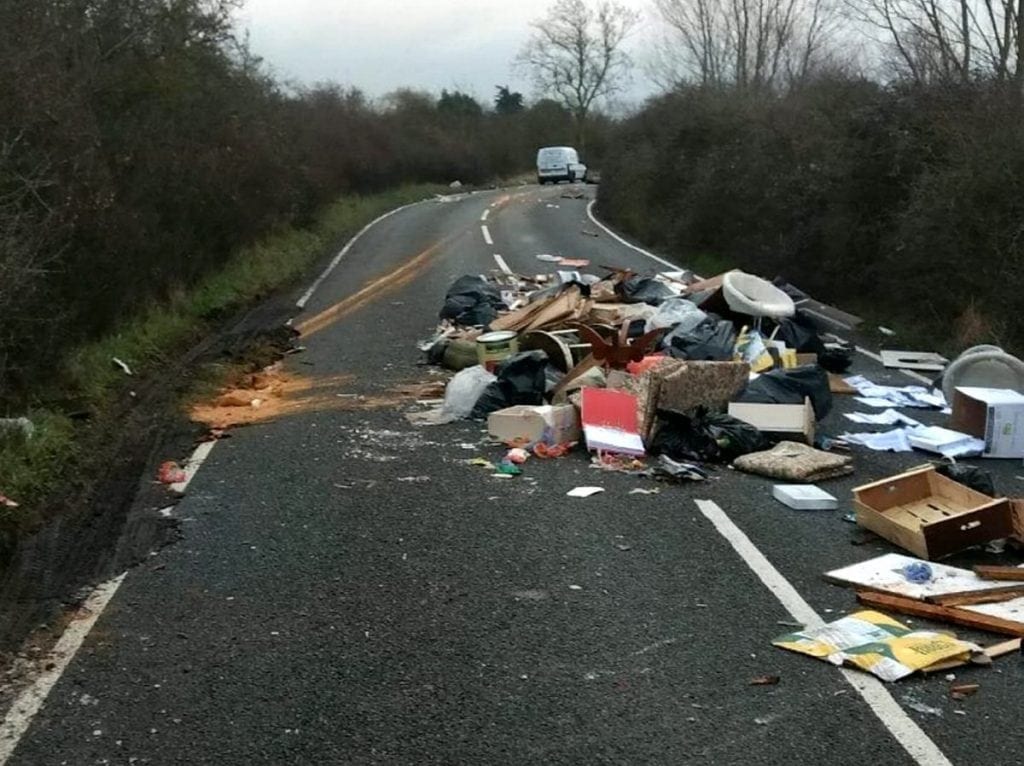 Dan added: “It caused all sorts of problems. The nearby school had to cancel exams as pupils were late and carers and nurses struggled to get to their patients.

“This is becoming a regular occurrence now. Before they would dump stuff in lay-bys but now the farmer has blocked them off they’ll just leave it in the middle of the road.

“Something needs to be done about it.”

New penalties mean offenders of fly tipping can be fined up to £400 in fixed penalty notices.

The amount of taxpayers’ cash spent tidying up after fly-tippers has trebled in three years to around £70,000 a year.

Councillor Chris Hossack, chairman of Brentwood Borough Council’s environment committee, promised to crack down on fly-tipping and declared a desire see the maximum court penalty for fly-tipping of a £50,000 fine and a five-year jail term enforced.

MPs have warned that Britain faces a fly-tipping ‘epidemic’ unless urgent action is taken to improve refuse collection services.

Councils dealt with nearly 900,000 incidents of fly-tipping in 2014/15 – nearly two-thirds of which involved household waste.