'It’s crazy to think that Pret workers get paid one yogurt and granola pot per hour,' wrote one Twitter user. 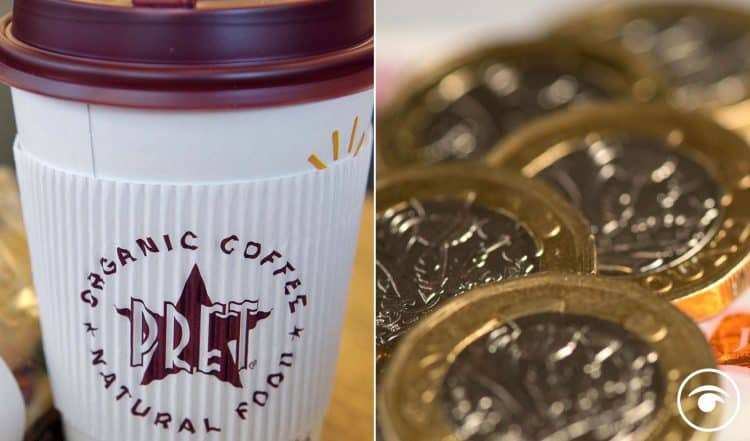 A Twitter user shared a snap of a ‘We’re Hiring’ sign in one of Pret a Manger’s London windows and it has sparked debate online about the pay they are offering.

In August the company rowed back on plans to slash staff bonuses in a partial U-turn on proposed pay cuts after workers threatened strike action.

At the time Ian Hodson, national president of the Bakers Food and Allied Workers Union, said: “We call on Pret to think again. We can no longer sit back and allow these companies to boost their profits from workers wages. It’s awful to read that workers are facing even worse conditions as we try and get the economy back on track.

“After the pandemic we are seeing a return to bad business as usual and working people cannot and should not accept that any more. We all deserve a better deal and we will support the workers at Pret if the strike goes ahead.”

Anthony Painter shared the pic yesterday. The sign reads: “Join Team Pret for good pay, good perks, and amazing opportunities.” It goes on to detail that team members get £8.91-£9.10 per hour and team leaders earn £10.01-£10.35, as well as flexible hours, weekly bonuses and free food.”

The post quickly amassed thousands of shares and comments.