These job losses, on top of those at Cammell Laird and the announced closure of Appledore, show this Government’s industrial strategy is in tatters says GMBUnion GMB, the union for Bombardier workers, has criticised a Government Minister for ‘washing his hands’ of bombardier job losses. Richard Harrington, Minsters for Business, Energy, Innovation and Strategy, said “Bombardier […] 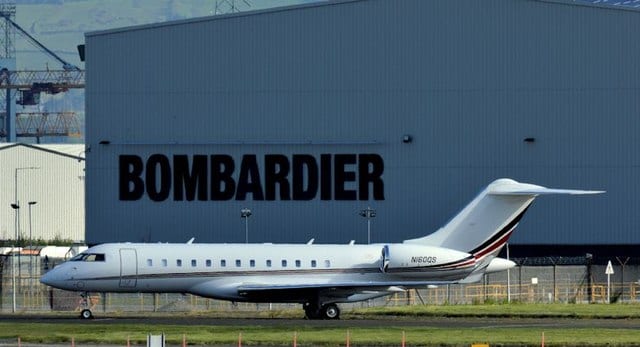 These job losses, on top of those at Cammell Laird and the announced closure of Appledore, show this Government’s industrial strategy is in tatters says GMBUnion

GMB, the union for Bombardier workers, has criticised a Government Minister for ‘washing his hands’ of bombardier job losses.

Richard Harrington, Minsters for Business, Energy, Innovation and Strategy, said “Bombardier is a private company and the Government has no role it’s commercial decisions…” in Parliament today.

Bombardier yesterday announced 490 job cuts in Northern Ireland – the union pledged to fight ‘tooth and nail’ to save them.

The minster also claimed to be ready to work with trade unions – they are waiting for him to make contact with baited breath.

“Almost 500 people will be out of work – families who will no longer contribute through tax and NI towards schools, hospitals and public services. Instead they will be forced onto benefits.

“That’s 500 families early next year wondering if they can pay the mortgage or make the rent this month, cancelling the chippy tea or pizza night with the kids, not having that meal or family celebration in the local restaurant.

“The impact on the wider community and economy is also being ignored at a time when Brexit is bringing huge uncertainty to jobs and investment.

“As an immediate priority the Government should be seeking a way forward with workers, unions and companies to ensure that there is a future for manufacturing in Belfast – they deseve a Government that will stand up for them, not simply walk away.

“These job losses, on top of those at Cammell Laird and the announced closure of Appledore, is further evidence that this Government’s industrial strategy lies in tatters.”