The TV ad for Coco Pops Granola was barred - despite watchdogs acknowledging that it wasn't a high fat, salt and sugar (HFSS) product 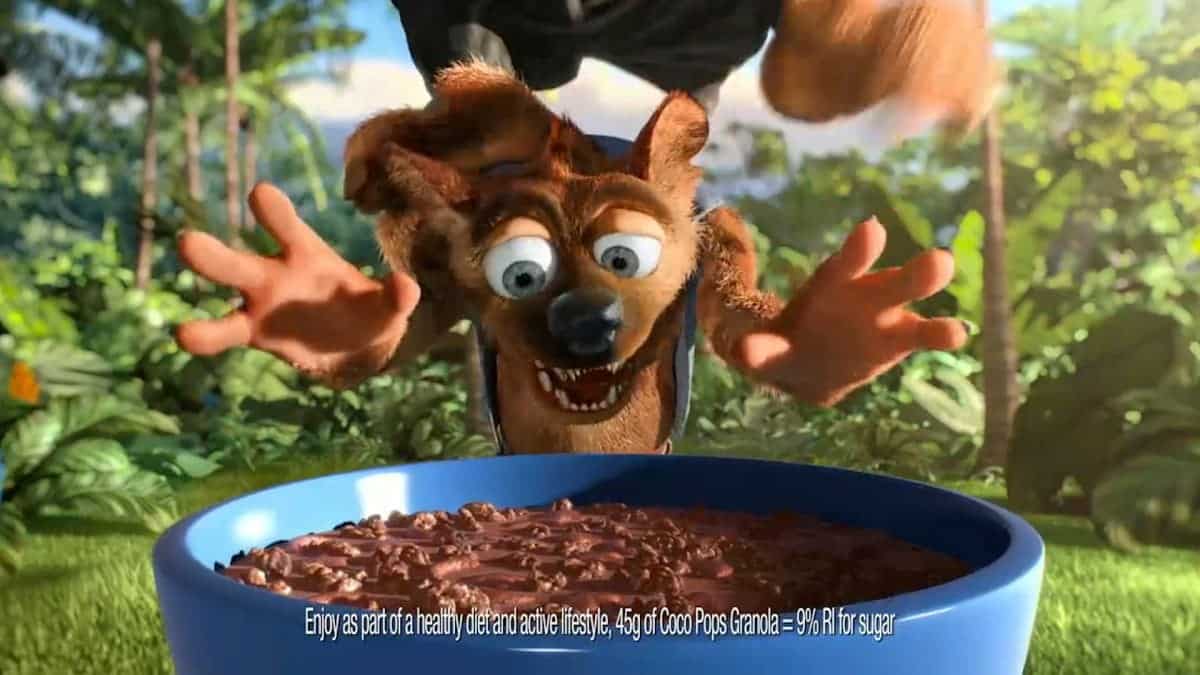 An ad for Coco Pops GRANOLA has been banned along with one for Kentucky Fried Chicken as part of a crackdown on promoting junk food to children.

The TV ad for Coco Pops Granola was barred – despite watchdogs acknowledging that it wasn’t a high fat, salt and sugar (HFSS) product – because it featured the Coco the Monkey character linked with original Coco Pops.

But two adverts for fast food giant McDonalds have been given the all clear by watchdogs.

All four promotions were investigated by the Advertising Standards Authority (ASA) following complaints by the Obesity Health Alliance.

The pressure group was formed in 2015 to tackle social, economic and cultural factors that contribute to obesity.

The TV ad for Coco Pops Granola appeared between episodes of the Mr Bean cartoon in January this year during programmes specifically directed at children under 16.

Ad rules require that HFSS product ads must not be broadcast around TV programmes commissioned for, principally directed at or likely to appeal to audiences below the age of 16.

Because the Coco Pops branding was synonymous with Coco Pops original cereal and with the Coco Pops range, the ASA concluded the ad had the effect of promoting an HFSS product range through the use of branding. 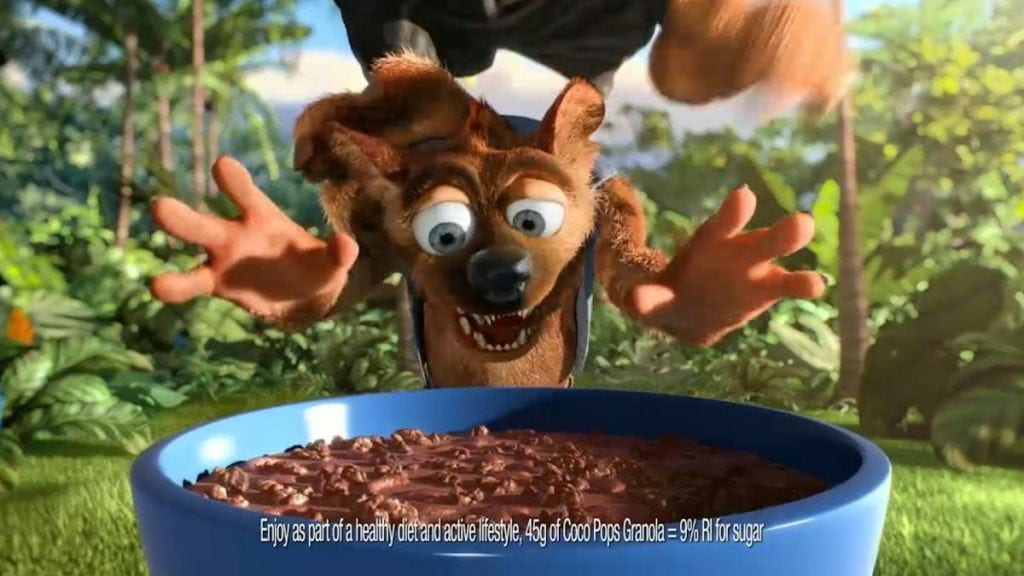 The other advert to be banned was a poster ad for KFC’s Mars Krushems drink seen on a phone box outside a primary school.

Because the ad was displayed only a short distance from the entrance to the school, watchdogs said children under 16 made up a much higher proportion of the ad’s audience.

The Coco Pops Granola ad began with a group of animated animals standing on each other’s shoulders trying to knock a coconut down from a tree.

Coco the Monkey ran up to a hyena standing at the bottom, showed him a bowl of cereal and said, “Coco Pops Granola, it’s so chocolatey, so crispy, and look at the milk, it’s turning all chocolatey. Mmm. So, want some?”.

The hyena licked his lips as Coco’s friends shouted, “Taste it, taste it!”. The hyena said “Chocolatey!” and grabbed the bowl from Coco, causing the other animals to fall off his shoulders into a big pile.

The firm said it had strict internal policies and processes in place to ensure the HFSS products in their range were not advertised to children, and had taken a number of steps to use the Coco Pops brand in a responsible manner.

But an ASA spokesman said: “Coco Pops was a well-established brand, and Coco the Monkey, who was used to advertise all the products in the range, was also well-established as an equity brand character.

“We considered that many adults and children were likely to very strongly associate the Coco Pops brand and Coco the Monkey primarily with Coco Pops original cereal.

“At the time the ad was seen by the complainant Coco Pops original cereal was an HFSS product and the Coco Pops range was a mainly HFSS product range.

The ad was found to breach rules regarding scheduling, and the ASA spokesman added: “The ad must not be broadcast again in or adjacent to TV programmes commissioned for, principally directed at or likely to appeal particularly to audiences below the age of 16.”

KFC said the poster on the telephone box was “mistakenly” placed within 100 metres of a school.

The fast food giant apologised for the error and explained that their media agency due to “human error” selected the phone kiosk as a site for the ad.

KFC said the media agency had conducted an audit of all telephone kiosks rented on KFC’s behalf to ensure that no other KFC ads were being displayed within 100 metres of a school.

But the ad was found to breach rules regarding HFSS product ad placement.

The ASA spokesman said: “We considered it was highly likely that children under 16 comprised significantly more than 25 per cent of the audience of the ad.

“We acknowledged the ad had been displayed in close proximity to a school due to an error, and we welcomed KFC’s swift action to remove it.”

He added: “We told KFC to ensure that they took measures in future to ensure that HFSS product ads were not displayed in close proximity to a school.”

But a McDonald’s ad for a Happy Meal, which appeared between episodes of Peppa Pig on the Video on Demand (VoD) service Ketchup TV was found not to break the rules as it did not feature any HFSS products.

And because Happy Meals were overall a ‘non-HFSS product combination’ the ASA ruled that the as did not break any rules.

A second McDonald’s ad – for a Big Mac, McChicken Sandwich or Filet-O-Fish and medium fries on the back of a bus ticket – was also cleared despite it promoting HFSS products.

An ASA spokesman said: “Our rules require that HFSS product ads are not directed at children through the selection of media or the context in which they appear, and that no medium should be used to advertise HFSS products if more than 25 per cent of its audience is under the age of 16.

“Because the proportion of under 16s in the audience for the ad was under 25 per cent of the total audience, we concluded that the ad did not breach the Code.”