They lay down on the floor, buzzing in protest. 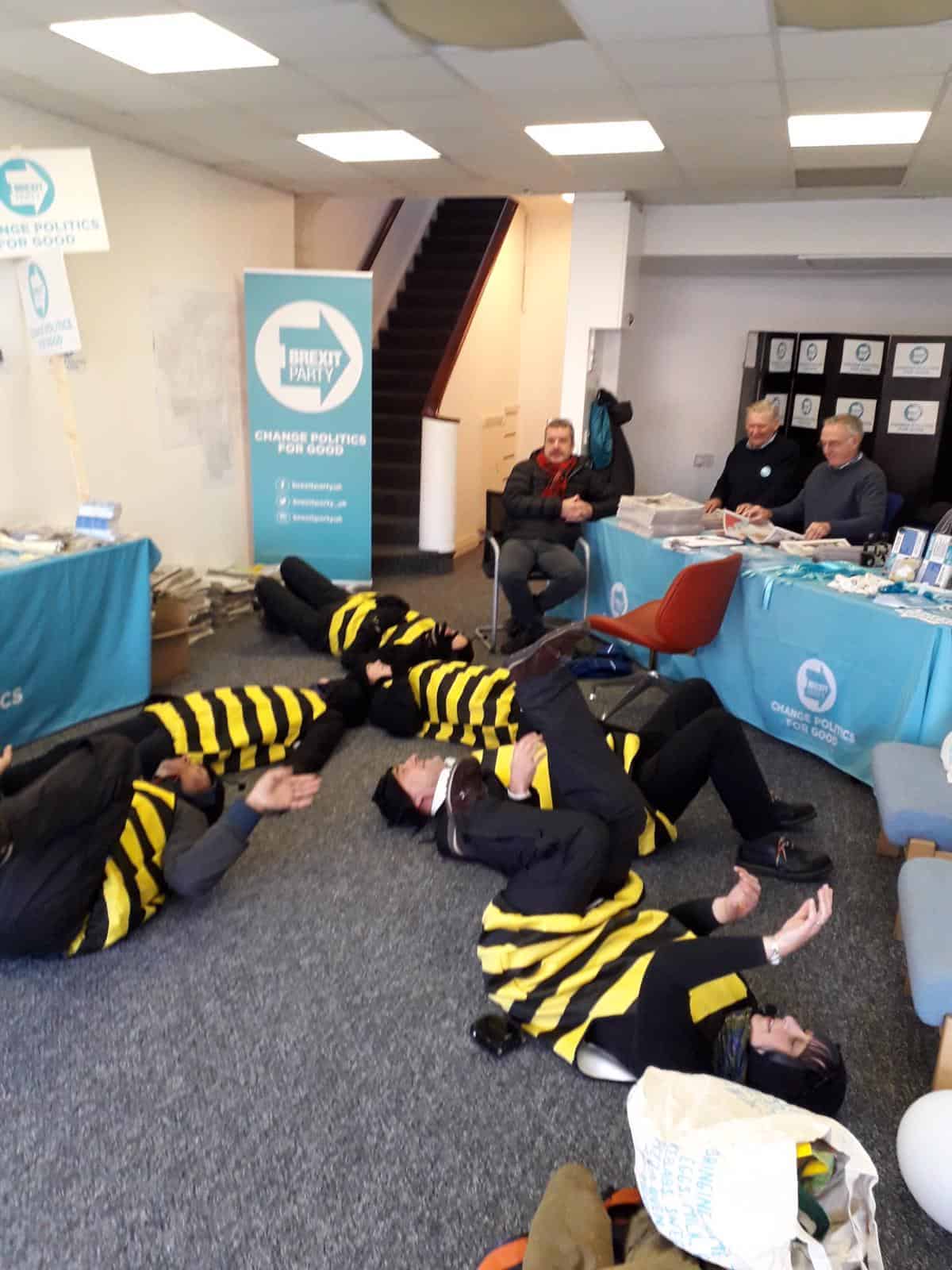 Climate change protesters, dressed as bees, invaded a Brexit Party constituency office before lying on the floor and buzzing in protest.

He wrote on Twitter: “There’s intelligent politics, with grown-ups, who debate real ideas to further our society.

“Then there’s the politics of the kindergarten. Usually silent — because they don’t have ideas.”

The protest, going by the name Bee-yond Politics, is being carried out to remind politicians of the irreplaceable biodiversity loss that is a direct result of their poor, irresponsible policy-making.

Earlier today, a group of Extinction Rebellion protesters, also dressed as bees, targeted Jo Swinson, glueing themselves to the windscreen of the Lib Dem “campaign battle bus” as the party leader visited a youth centre in south London.

Ms Swinson, who spoke to the demonstrators, said she recognised the need for climate change to be prominent in the election, but said it was ironic protesters had targeted an electric bus.

The Lib Dem leader told reporters: “There is clearly a little bit of an irony in glueing yourself to an electric bus.

“A little bit like when the DLR was targeted.

“But, I recognise the general point.

“And I welcome that the climate emergency is a really important issue in this election.”

Protester Pete McCall, who said he used super glue to attach himself to the bus, told the PA news agency: “All the parties are being targeted today.”

Mr McCall was among a number of protesters dressed as bees who targeted the Lib Dem bus as Ms Swinson visited the Knights Youth Centre in Streatham.

Extinction Rebellion said six of its activists had targeted the Lib Dem battle bus to demand that “climate and ecological emergency is top of the agenda this election”.

“Activists wanted to plant the plight of bees and other pollinators fully in the minds of the next prime minister and to remind them that they hold the future of life in their hands.

“Our bee population is being threatened by extreme weather and habitat destruction, bringing with it crop instability and food vulnerability.”

A man was taken away from the scene of the protest by police.

A police officer told PA the man was arrested for criminal damage.