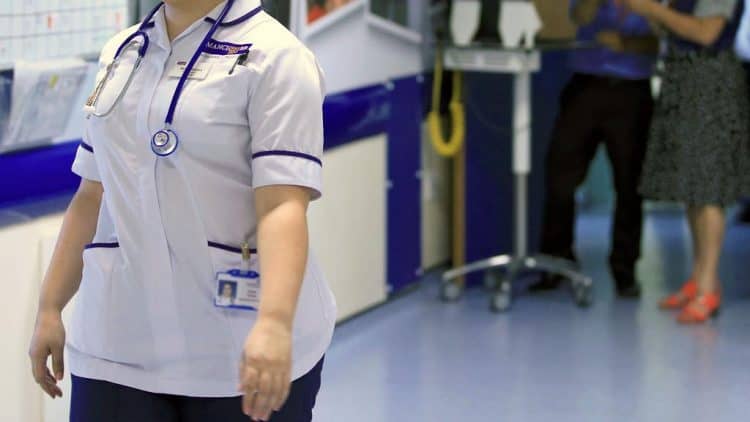 Chronic staff shortages in the NHS are getting worse, experts have warned, as new figures showed there were 10,000 more vacancies in June than a year ago.

NHS Digital data, published on Thursday, shows there were 93,806 full-time equivalent vacancies across the NHS in England at the end of June this year.

It is the highest number of vacancies recorded since the end of December 2019.

"These figures paint a bleak picture: the NHS is still facing chronic workforce shortages, and they are getting worse."@NHSE_Danny on latest @NHSDigital vacancy statshttps://t.co/FA9MPxnxb3

The vacancy rate shows the number of full-time equivalent vacancies as a percentage of planned full-time workforce levels. It rose to 7.2per cent at the end of June, up from 6.6per cent at the same point last year.

Danny Mortimer, deputy chief executive of the NHS Confederation, said NHS employers were very concerned about the “relentless demand” being placed on their teams.

Mr Mortimer, who is also chief executive of NHS Employers, said there must be “significant and sustained” long-term investment in increasing health and social care staffing numbers in the upcoming spending review.

He added: “These figures paint a bleak picture: the NHS is still facing chronic workforce shortages, and they are getting worse, even with recent increases in staff numbers to cover areas such as the vaccination programme.

“Although overall headcount seems to be relatively stable, there is an alarming trend across the NHS of rising levels of vacancies, with the biggest issues in nursing, and especially in acute and mental health posts.

Posts urgently need to be filled

“These posts urgently need to be filled to make sure our communities receive the best care possible, and also to alleviate the strain our teams continue to face, against a backdrop of spiralling workloads and ever-growing backlogs of treatment.”

NHS Digital said that the data did not indicate where vacancies were filled by temporary staff.

Royal College of Nursing England director Patricia Marquis said: “As health and care services head into what will be a very difficult winter, this should stun ministers to address the rising number of nursing vacancies and prevent further risk to patient care.

“After the pressures from the last 18 months we also know that many experienced nurses are considering leaving the profession. These are skills that cannot be replaced quickly.

“Unless there is an urgent investment in the nursing workforce, starting with an increase in pay that reflects their skill and professionalism, and there is accountability for workforce planning at ministerial level, we will be dealing with the fallout for years to come.”