By Jessica Taylor At noon on Saturday, March 4, I joined an estimated 250,000 people who lined the streets around Tavistock Square to march to Parliament, protesting against cuts to the NHS. After dragging myself up 175 steps at Russell Square Underground Station, I followed a crowd on their way to assemble around a small, […] 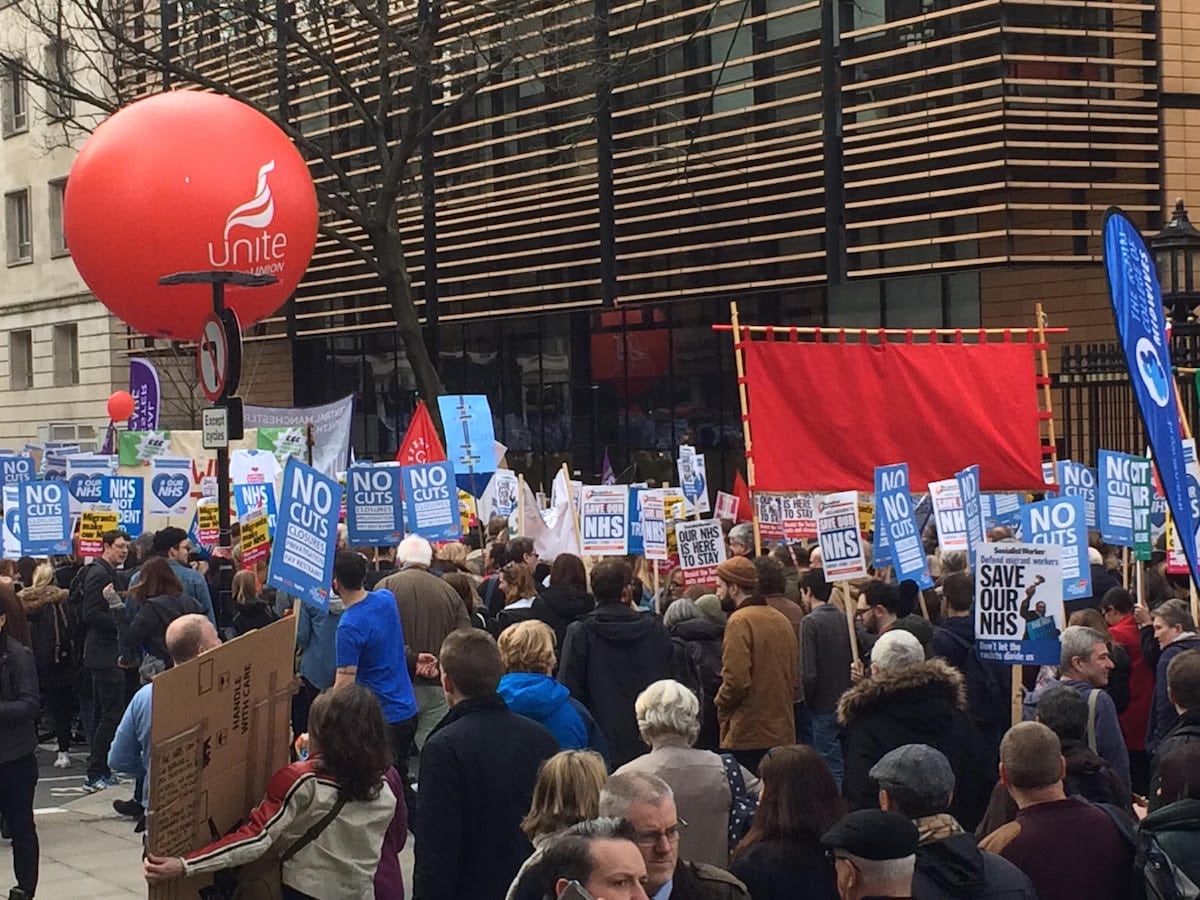 At noon on Saturday, March 4, I joined an estimated 250,000 people who lined the streets around Tavistock Square to march to Parliament, protesting against cuts to the NHS.

After dragging myself up 175 steps at Russell Square Underground Station, I followed a crowd on their way to assemble around a small, rickety stage at the corner of the square. Chanting of ‘Whose NHS? Our NHS’ had already begun before speakers took to the microphones. The stage might have been small but the message was loud and clear when The People’s Assembly Against Austerity opened the event: “Philip Hammond says he wants more cuts. We say no”. 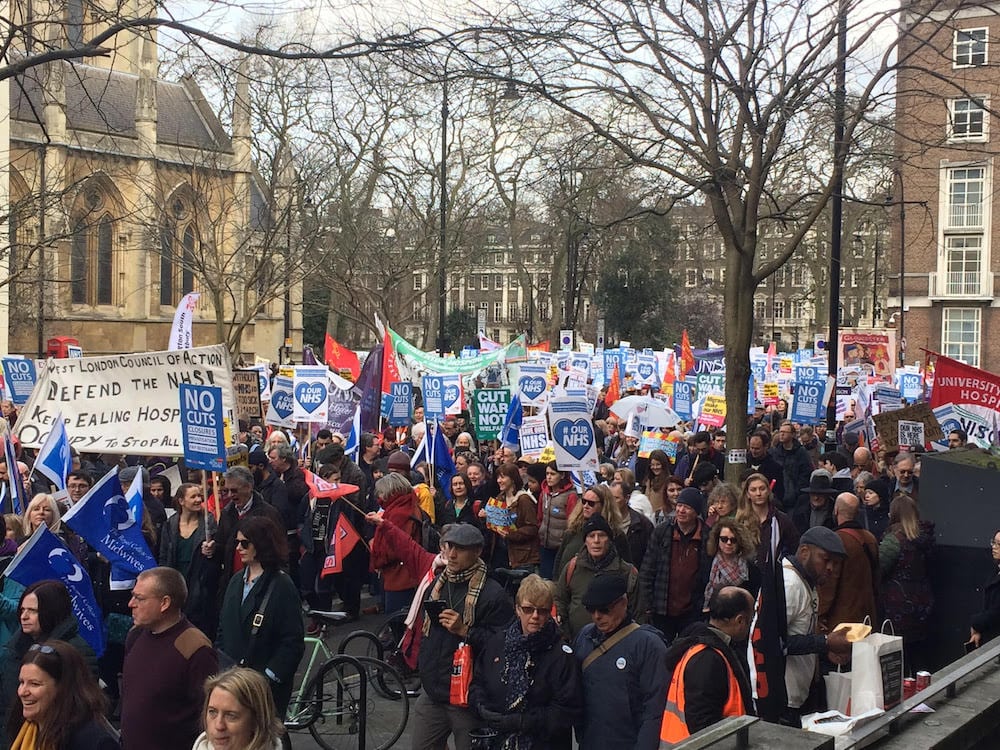 Jeeves Wijesuriya, Chair of the Junior Doctors Committee, shortly followed. He spoke about fighting against contract changes imposed by Health Secretary Jeremy Hunt. He said: “We took a stand because we know the NHS is at breaking point”. He rejected the Government’s Sustainability and Transformation Plans for the NHS (the mention of which prompted boos from the crowd) and said: “They call us ‘dreamers’ when we expect better”. 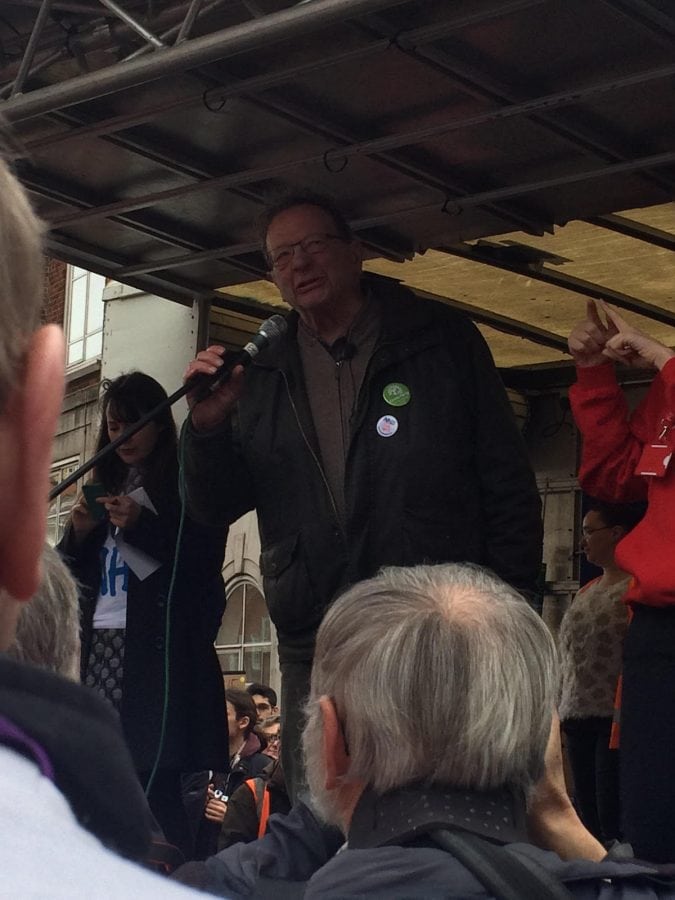 People at Tavistock Square gave a particularly warm welcome for Larry Sanders, Green Party member and brother of US Senator Bernie Sanders. He recognised the parallels between national demonstrations in the UK and the US, criticising “despicable Trump” for his promise to repeal national healthcare legislation in the USA. Sanders’ message was one of hope: “We will win”.

The most emotive and rousing speech came from BAFTA award winner and co-creator of television show ‘Revolting’, Jolyon Rubenstein. He told the crowd how the NHS had saved his life twice, and said: “The word ‘austerity’ is meaningless” when you are on a hospital drip. Expressing his fear for the future of the service, he said: “This is it. We will lose the NHS forever”. 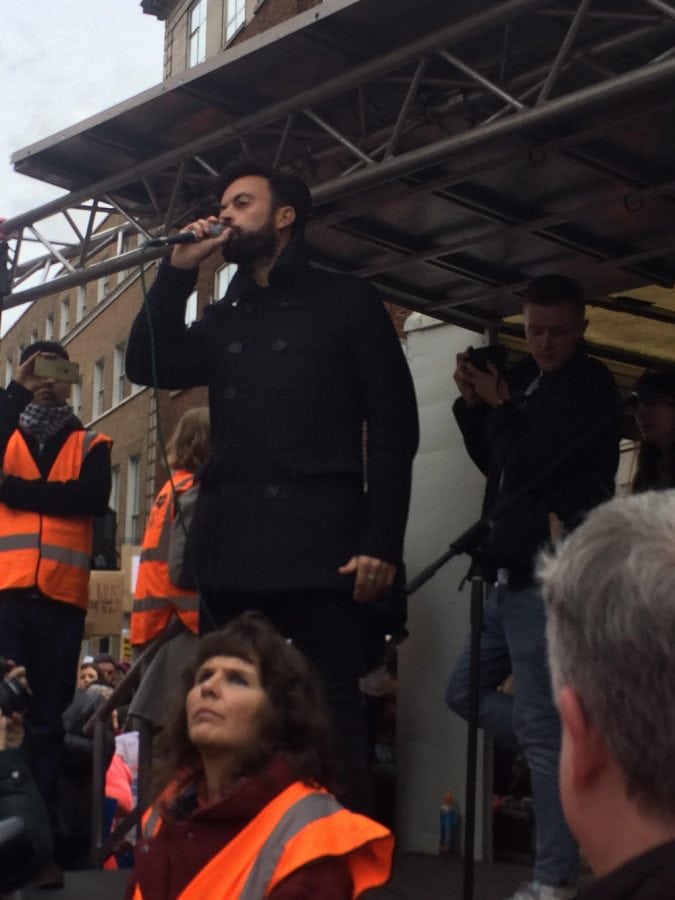 Praising NHS workers as “badly paid saints”, he called for solidarity with their work. Profoundly raising his fist in the air, he quoted Nelson Mandela: “It always seems impossible until it’s done”. The applause was deafening as he walked off stage.

Tireless chanting filled the Square while we waited to begin the march. The enormity of the crowd caused a hold up as we tried to get moving. The preferred rhyme was ‘Born in the NHS’, to the tune of Springsteen’s ‘Born in the USA’. As we began to move and I regained some breathing space, I could separate faces and make out signs. Some of the more eccentric protestors included the gentleman dressed as the grim reaper, while several people carried signs poking fun at Jeremy Hunt. A particularly noteworthy slogan read: “Jeremy Hunt: the most memorable rhyming slang in the world”. 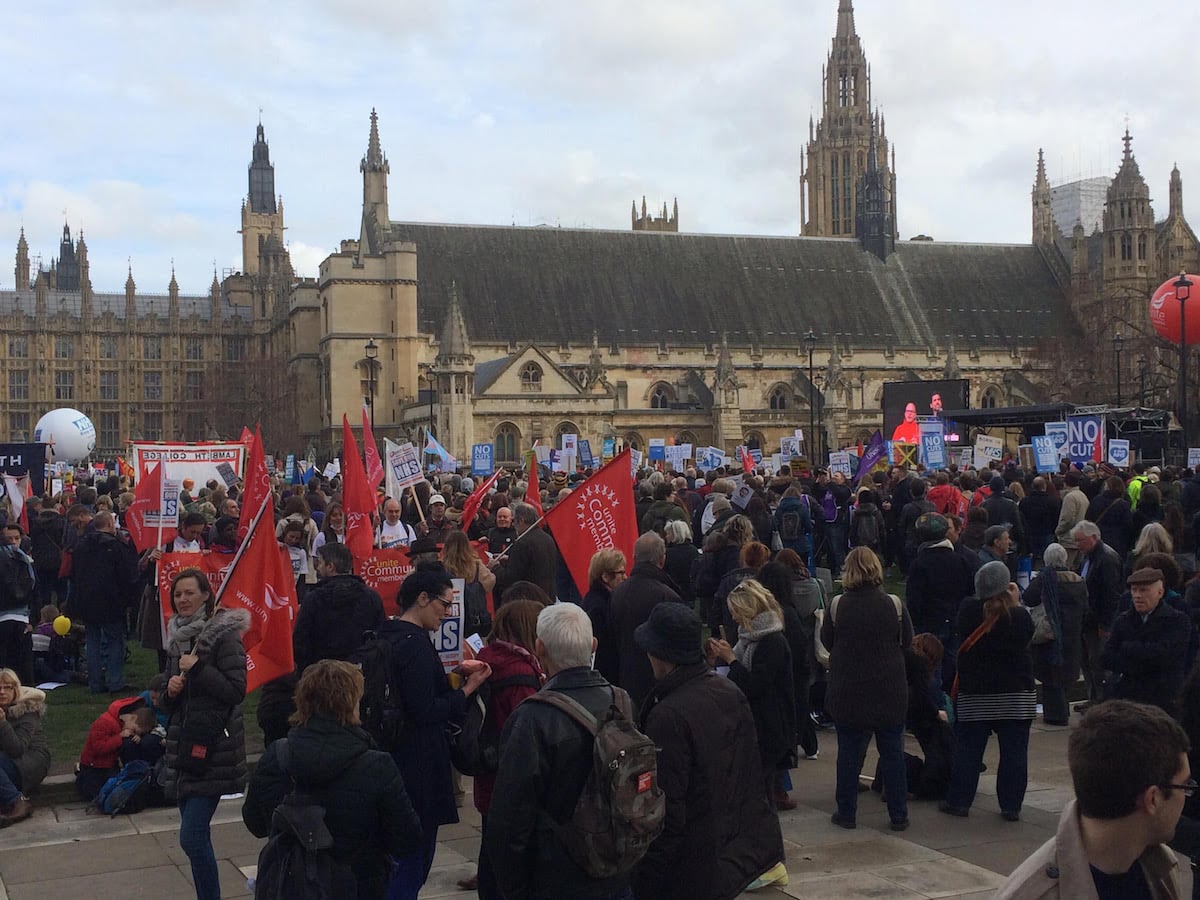 Never waning throughout the march, cries of “Save our NHS” and “Shame on Theresa May” fuelled the buzz of the crowd. The piling traffic of Shaftesbury Avenue was replaced with marching feet as we began to draw onlookers. Any protesters lost on the way made little difference to the size of the crowd at our destination. A packed Parliament Square continued to swell with people, welcomed by the Lewisham and Greenwich Trust NHS Choir, performing a mash up of Coldplay’s ‘Fix You’ and Simon and Garfunkel’s ‘Bridge over Troubled Water’.

What struck me most was the volume of groups who had turned up to show their support from across the country. I spoke to Laura, who had travelled from Bristol on transport organised by the People’s Assembly. Asked if she thought protest worked, she said: “I think it can, if it’s well done and the message is clear”. I asked her what the most powerful message of the day had been, and she noted the emphasis on recognising the real problems facing the NHS, rather than using immigrants as scapegoats. 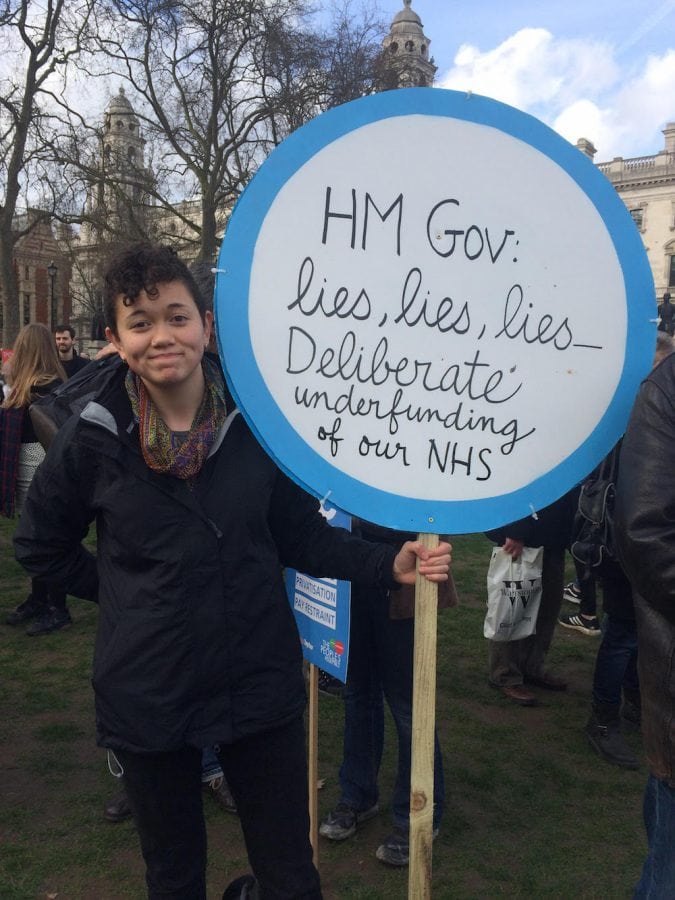 A frequent attendee at protests, she said that she had been struck by the diversity of the crowd. It suggested to her that preserving the NHS was “something everyone can get behind”. Given the sheer volume of support I witnessed today, I’m inclined to agree with her.