By Leslie Byron Pitt There’s nothing worse than a film that goes through the motions. Even if a film is considered bad, it usually has something distinguishing about it. Something memorable. What We Become struggles with this for the simple fact that we’ve seen Zombie movies like this before, often with a more distinctive voice […] 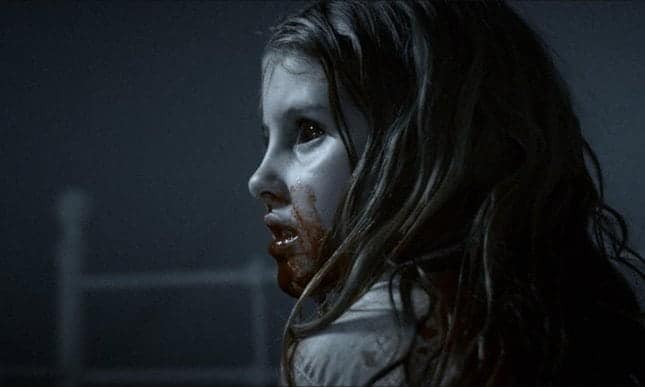 There’s nothing worse than a film that goes through the motions. Even if a film is considered bad, it usually has something distinguishing about it. Something memorable. What We Become struggles with this for the simple fact that we’ve seen Zombie movies like this before, often with a more distinctive voice behind it. What We Become is a dime a dozen Zombie movie. One that only really stands out because it’s hard to think of another Danish zombie movie (this may be the first). However, when your horror film comes from the country which gave us filmmakers like Lars Von Trier and Thomas Vinterberg, one would hope that you’d be watching a film that should be like a rock in a shoe.

Everything inside What We Become is generic. We’re given a typical family going through the normal spats and grumbles that we expect from not only a film family but any family. Set in an overtly idyllic Danish suburb, one which the film’s original language title; Sorgenfri (without sadness), acutely depicts, the family go about their business while news of a deadly virus is glimpsed via TV screens and bizarre events occurring around them. The film does give us an interesting angle. While we can see things gradually getting worse, at first the parents, either through fear or blind ignorance, pretend that nothing bad is happening and that the government has everything in control. As the “pandemic” wears on, however, it becomes clear that maybe the family must look to each other to survive.

What We Become could have had something interesting to say about Otherness (the Zombie hoard could make disturbing symbolism for Europe’s ongoing immigrant conversation). It could have also pushed the idea that people really are blind to certain points of authority. However, director/writer Bo Mikkelsen never really digs deep into those ideas and what we receive is a film which blandly hits many of the Romero tropes and captures it with little of the visual flair and a wit that comes with a Living Dead film. In a world chocked full of Zombie movies, What We Become should have found something to make it stand out. Instead, it becomes another blood soaked face, in a ravenous crowd.

What We Become is on DVD from February 13th.