“So we’re struggling and we’re trying to get through as much as we can every day, and our staff get a huge amount of abuse on the phone… people are really rude to our staff, really quite abusive." 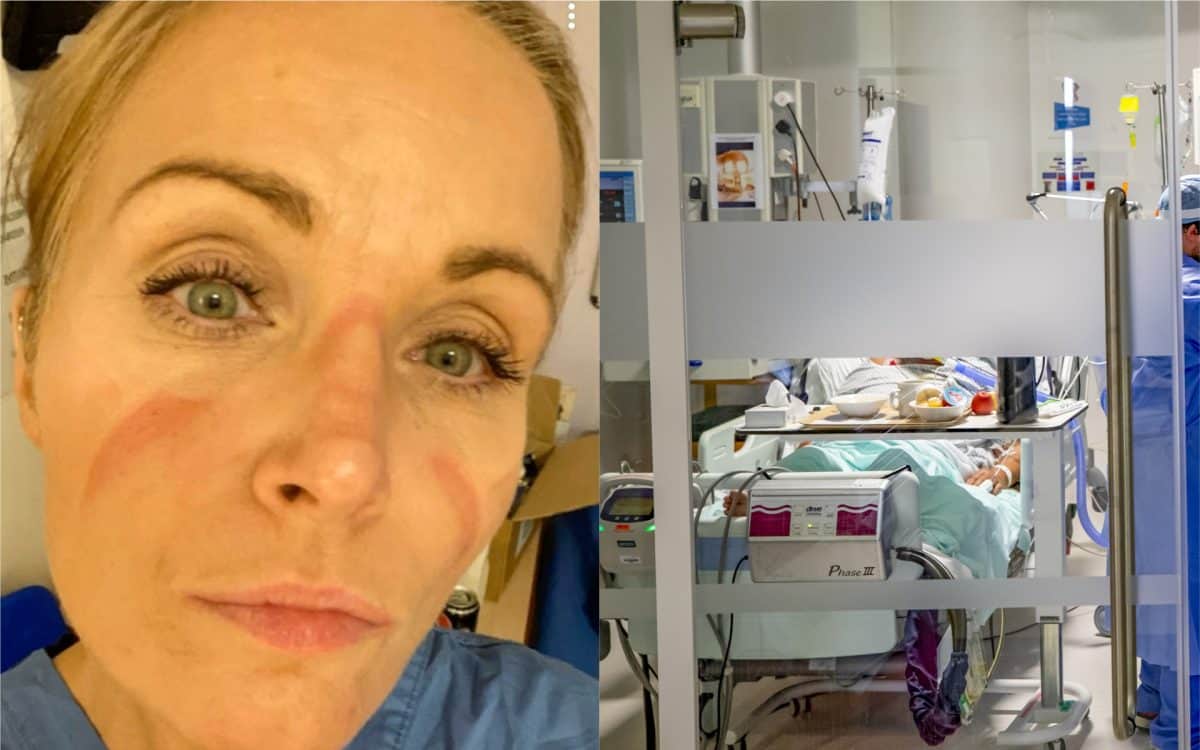 A year fighting coronavirus has left medical staff “burned out”, “fatigued” and “desperately sad”, according to one nurse.

Since the first death in the UK a year ago on Saturday, many doctors, nurses and other frontline workers have been immersed in the battle against Covid-19.

Joanne Morrell, an intensive care nurse at the Calderdale and Huddersfield NHS Foundation Trust, said she would not have believed back in March when she first started working with Covid patients that she and her colleagues would still be dealing with the pandemic nearly a year later.

“We’ve got through it but I just don’t know how we have,” she told the PA news agency.

“I’m in disbelief really that it’s still continuing because I recall, when we got our first (Covid patients) back in March, thinking this will be a few weeks, it’ll all be over and done with, storm in a teacup.

“Then as it continued, I thought by the end of the summer, definitely done… by Christmas time, absolutely gone.

“And here we are, the year later, in the January, and still doesn’t seem to be any closer to this ending any time soon.”

Ms Morrell, 47, said that the hardest aspect of working during the pandemic has been witnessing “the people that are dying unnecessarily”.

“We’re all burned out, we’re all fatigued, but we are also desperately sad.”

Moaning about wearing a face covering for a short time?? Come join me and my colleagues for a 12.5hr shift in all this and anything compared will be a dream. So if you are one of those whining, please STOP!! You are protecting and saving lives FGS ? #NoMasks pic.twitter.com/fhfvxU9S65

She added: “When we had the highest death rate, and in one day more people died in this country than in the whole of the pandemic in Australia, that actually broke my heart.

The last year has been a steep learning curve for healthcare professionals, not just in terms of Covid-19 itself but also in establishing new working processes and dealing with unexpected issues.

“Then among all those things you also have a personal life, family, children – think about them, think about how it’s impacting on them – and somehow build up your own resilience and your own coping mechanism as well.”

GPs have also seen an increased workload, in part taking on some of the work that hospitals are too overrun to do, and also dealing with the fallout of the pandemic and lockdown, including a rise in mental health issues.

That means some patients with less urgent health issues are sometimes struggling to speak to a doctor, which can lead to frustration.

Emily Ball, a GP in north-west England and an EveryDoctor team member, told PA: “They (less urgent patients) do need help but we haven’t got the capacity to give them that.

“So we’re struggling and we’re trying to get through as much as we can every day, and our staff get a huge amount of abuse on the phone… people are really rude to our staff, really quite abusive.

“It’s taking its toll on everyone in a variety of ways and I think people are losing the capacity to be kind to each other – and I think because we see people at their worst, when they’re at their most desperate, we cop quite a lot of it.”

But Dr Ball cited an increased sense of unity between primary and secondary healthcare professionals as one of the positives to come from the pandemic.

And Ms Morrell said she was “super proud” of the work she and her NHS colleagues had done.

“Honestly after these last 11 months I’ve never felt so close to my colleagues,” she said.

“I feel very lucky – I don’t want that to sounds contrived because it’s such an awful time – but it has brought out the very, very best in the NHS for sure.”