It could be a sign of things to come after Brexit. 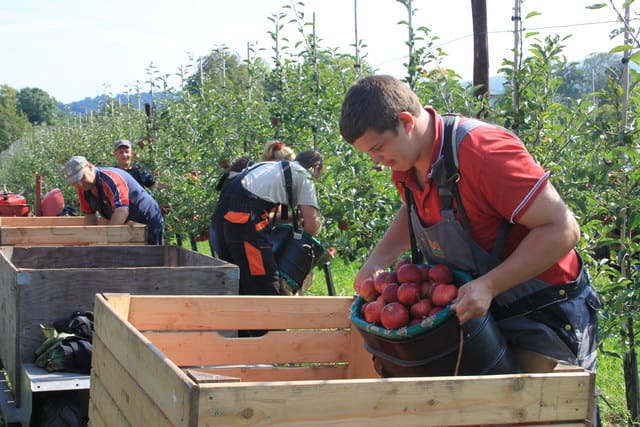 British workers have been called upon to pick fruit this summer following the impact of the coronavirus pandemic on seasonal labour travelling from abroad.

Farming UK has reported that travel restrictions and border controls brought in to mitigate the impact of the pandemic has led to a shortfall in labour.

With the soft fruit-picking season due to get fully underway in April, recruitment specialists HOPS are now inviting British people to apply for jobs picking and packing fruit and veg.

The paid positions could provide an income for students, job seekers and anyone who has been laid off work due to the impact of Covid-19, such as those working in hospitality and catering.

The organisation is also working with the National Federation of Young Farmers’ Clubs (NFYFC) to help gather support from the YFC community and has launched a #YFCRuralSupport campaign to find applicants.

“At a time when international travel is restricted and people are panic buying due to the Coronavirus, it is crucial that growers can provide enough British produce to our supermarkets and local shops,” he said.

“As the peak season for soft fruit picking gets underway, HOPS are calling on British workers to help support the industry in jobs that are usually filled by EU workers.

“We are aware that there are many people facing sustained periods away from their usual employment or studies and HOPS can offer paid positions for those who are willing to work.”

Last year it was reported that millions of apples left to rot as European pickers abandon Britain.

Figures provided to The Times by The National Farmers’ Union revealed that fruit and vegetables is rotting in orchards and fields because of a shortage of workers.

One hundred tonnes of fruit has gone unpicked in Britain already this season.

This means that rather than heading for apple pressing or processing plants, shops, or fruit storage facilities, more than 16 million apples so far have been left to rot at the peak of harvest season due to a Brexit-led employment slump.

EU workers make up a reported 99 per cent of the seasonal picking workforce, but they are looking elsewhere for work due to the weakening pound and confusion over visa regulations.