The 19-year-old was convicted of public mischief at Famagusta District Court in Paralimni. 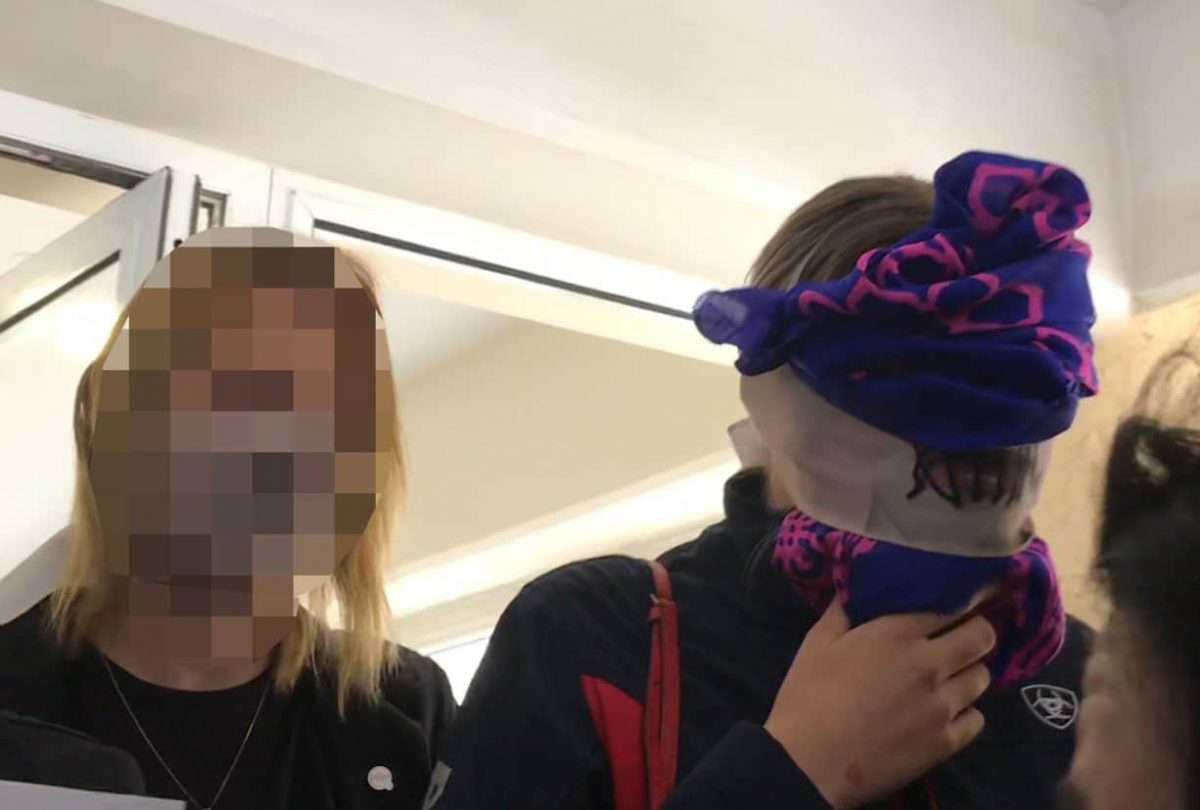 Screengrab taken from PA video of a British teenager, who cannot be named, and her mother (left) leaving Famagusta District Court in Paralimni, where she has been found guilty of lying about being gang raped in Cyprus.

A British teenager has been found guilty of lying about being gang-raped in Cyprus, after the judge said she made the claim because she was “embarrassed” about being filmed having sex.

The woman, 19, said she was attacked by up to 12 Israeli tourists in an Ayia Napa hotel on July 17 before making a retraction statement 10 days later.

She maintains that she was raped but pressured into changing her account by Cypriot police.

The teenager was convicted of a single count of public mischief at a packed Famagusta District Court in Paralimni, on Monday.

“The defendant gave police a false rape claim, while having full knowledge that this was a lie,” Judge Michalis Papathanasiou said.

“The reason why she initially gave false statements was because she realised that she was being recorded while she was having sexual intercourse and so she was placed in a difficult position and felt embarrassed.

“She then apologised saying she had made a mistake by filing a false statement.”

He said the woman “did not make a good impression, she did not tell the truth, and tried to mislead the court” during her evidence.

“There was no rape, or violence, and police had carried out a thorough investigation making all necessary arrests,” the judge added.

The teenager nodded her head slightly as she was found guilty, showing no other emotion until after her sentencing was adjourned until January 7.

She then argued with her lawyers, saying, “I thought you were asking for a fine,” after Ritsa Pekri asked the judge to impose a suspended sentence, telling the court she was under strong psychological pressure at the time.

The teenager was a week into a working holiday the summer before she was due to start university when she alleged she was raped by the group of young Israeli men.

All 12 Israelis arrested over the alleged attack returned home after they were released.

The woman spent more than a month in prison before she was granted bail at the end of August and has not been allowed to leave the island.

The teenager was mobbed by photographers and camera operators as she left court with her face covered alongside her mother.

Both were wearing white scarves around their faces depicting lips sewn together – brought by protesters from the Network Against Violence Against Women, who filled the court and demonstrated outside.

The teenager and her mother left the building as defence lawyer, Nicoletta Charalambidou, told reporters they plan to appeal against the verdict.

“The decision of the court is respected,” she said.

“However, we respectfully disagree with it. We believe there have been many violations of the procedure and the rights of a fair trial of our client have been violated.

None of the Israelis gave evidence during the trial and the woman’s legal team criticised the judge’s refusal to consider evidence of the alleged rape.

Her lawyers said the video found on some of the Israelis’ mobile phones showed her having consensual sex with one of the group while others try to enter the room as she tells them to leave.

Michael Polak, a lawyer from the Justice Abroad group, which is assisting the teenager, said: “Although the defence team is very disappointed with the decision of the court, having put a lot of effort into the lengthy trial process and after bringing expert evidence before the court, we are not surprised by the result given the frequent refusal during the trial of the judge to consider evidence which supported the fact that the teenager had been raped.

Protester Argentoula Ioannou also criticised the verdict, adding: “We are here to show solidarity for the young lady who instead of being treated as a complainant for the rape that she suffered is here accused of public mischief.

“Unfortunately, we strongly believe that the rights of this young lady have been violated.”

“The treatment of the young woman in this case by the Cypriot police, criminal justice system, and much of the local media has been extremely problematic and demonstrates a complete lack of sensitivity in handling and reporting on cases of gender-based violence. More should be expected from a country that is subject to EU standards and international human rights laws, including the Istanbul Convention which it ratified in November 2017.

“It is the duty of the investigators and the prosecution to thoroughly examine the circumstances of each case in an impartial manner and not base their decisions on negative gender-based stereotypes, or, as appears in this instance, pejorative attitudes about young people who visit Ayia Napa.

“There are numerous reasons why a victim may retract an allegation of sexual assault. In some instances, victims are subjected to pressure to withdraw an allegation by family members, the perpetrator or persons linked to them, or even by law enforcement, as it appears may have occurred in this instance.

“When a rape victim retracts an allegation, police authorities should assess all the reasons why. As has emerged from expert witness testimonies in this case, the police did not undertake a comprehensive or gender-sensitive investigation.

“Finding her guilty while there remains the need for thorough investigations to be made regarding the alleged rape, procedures followed by authorities, and the young woman’s treatment in custody,  represent a serious failure of Cyprus’s legal system to pursue justice and to be seen to be doing so.

“We call for a thorough assessment and evaluation of the way the authorities have conducted their investigation throughout this case, and their treatment of the young British woman. There are also grave concerns about the lack of sensitivity in the reporting by the Cypriot media, and the various issues that have emerged, including the illegal dissemination of the video that was shared by the alleged perpetrators.”