"What's really atrocious is if you phone the visa help line, or even the escalated visa line, it just says they are busy on a recorded message and ignores you." 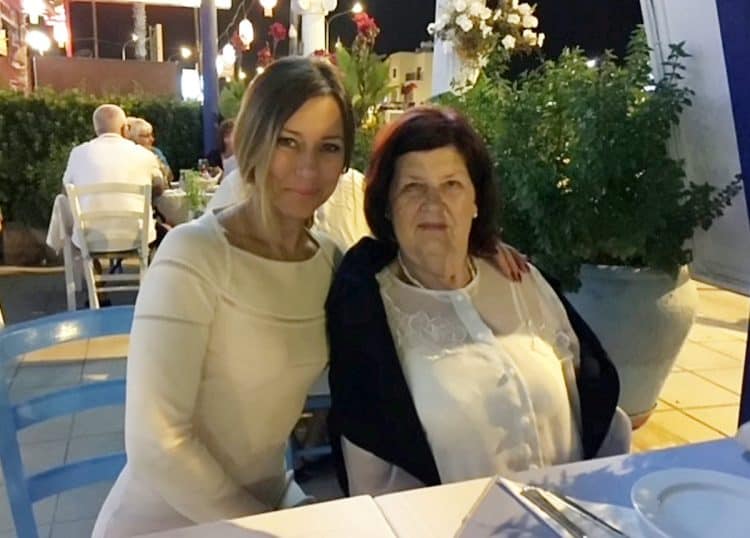 A British family trying to bring their sick Ukrainian grandmother to the UK said they are still waiting for a visa – despite applying four WEEKS ago.

Tetyana Chernychko, 85, managed to get out of Mykolaiv, Ukraine, and into nearby Poland in mid-February, just days before Russia began a full-scale invasion.

Her home city has become a key target in the embattled south, and has been frequently targeted by artillery barrage.

Her daughter Alla Chippington, 50, and her fiancé Dan Drew, 57, both British, have been frantically trying to get the unwell pensioner to safety in the UK.

And despite the British government promising refugees with British connections would be welcomed, their pleas have gone unanswered.

Some 27 days later, they are still waiting for her to be granted a visa.

Meanwhile Dan and Alla wait anxiously in Guildford, Surrey, while Tetyana, who has pneumonia and heart palpitations, is stranded in Warsaw, without a passport.

Dan, a strategy manager, said when he asked the visa office why there was such a delay, they said the 85-year-old pensioner could be a “potential terror threat”.

He said: “I’m at my wits end – having been proactive we’ve been ignored.

“The whole visa system is broken – it’s a total shambles. There is no traceability and no accountability at all.

“My fiancée and I decided to fly her out to Warsaw to bring her to the UK, well in advance of the war, just in case.

“We applied for a visitors visa on February 12 because it was all we had available to us at the time.

“Three weeks ago yesterday she arrived in Warsaw from her home in Mykolaiv.

“That’s the city that’s getting pounded by Russian artillery and airstrikes at the moment as it’s where the Ukrainians are taking a stand.

“We applied for a fast track visitor’s visa, and yet now she’s been waiting there ever since.

“What’s really atrocious is if you phone the visa help line, or even the escalated visa line, it just says they are busy on a recorded message and ignores you.”

Despite saying that the visa office staff were very friendly, Daniel says that they have no idea what is going on.

He claims they called HIM to ask where Tetyana’s passport was – despite already having it in their office.

He said: “They really sympathise with your situation, but when you actually ask what they’re going to do about it, they don’t have any solution.

“This isn’t a situation where my mother in law to be is being impatient because she wants to go on holiday.

“She’s in a foreign country, she’s ill, and so I paid for expedited five-day turnaround.

“When that didn’t happen I called them and they said they were ‘very busy’ and ‘cant do it in that time’ – so it was fraudulent.

“They sold me something they cant deliver.

“If this was a real organisation they’d get no business, but there’s no accountability.

“There’s nobody to complain to and nothing you can do.

“My fiancee even got a call, probably from the UK, saying the visa was done.

“So her mother went into Warsaw, and they told her they didn’t know if it was done yet, didn’t have it and didn’t know when it’d be done.”

He added: “I hear all these things on the news about all these people who cant get in to do their biometrics for their visas.

“Well, we did that weeks ago – if they think that biometrics is their issue they’re in for a big shock.

“Everyone is going to be waiting an awfully long time to get here.

“I’m fortunate that I have the resources to keep her in Poland, but that isn’t the same for everyone.”