Leaders of Britain First aren’t welcome in their own home, neighbours say, because they are an EMBARRASSMENT. Neighbours slammed Britain First leaders Jayda Francen and Paul Golding today, the day after three of their hate messages were retweeted by Donald Trump. Fransen, 31, from Penge, south east London, gained notoriety after the US President retweeted […] 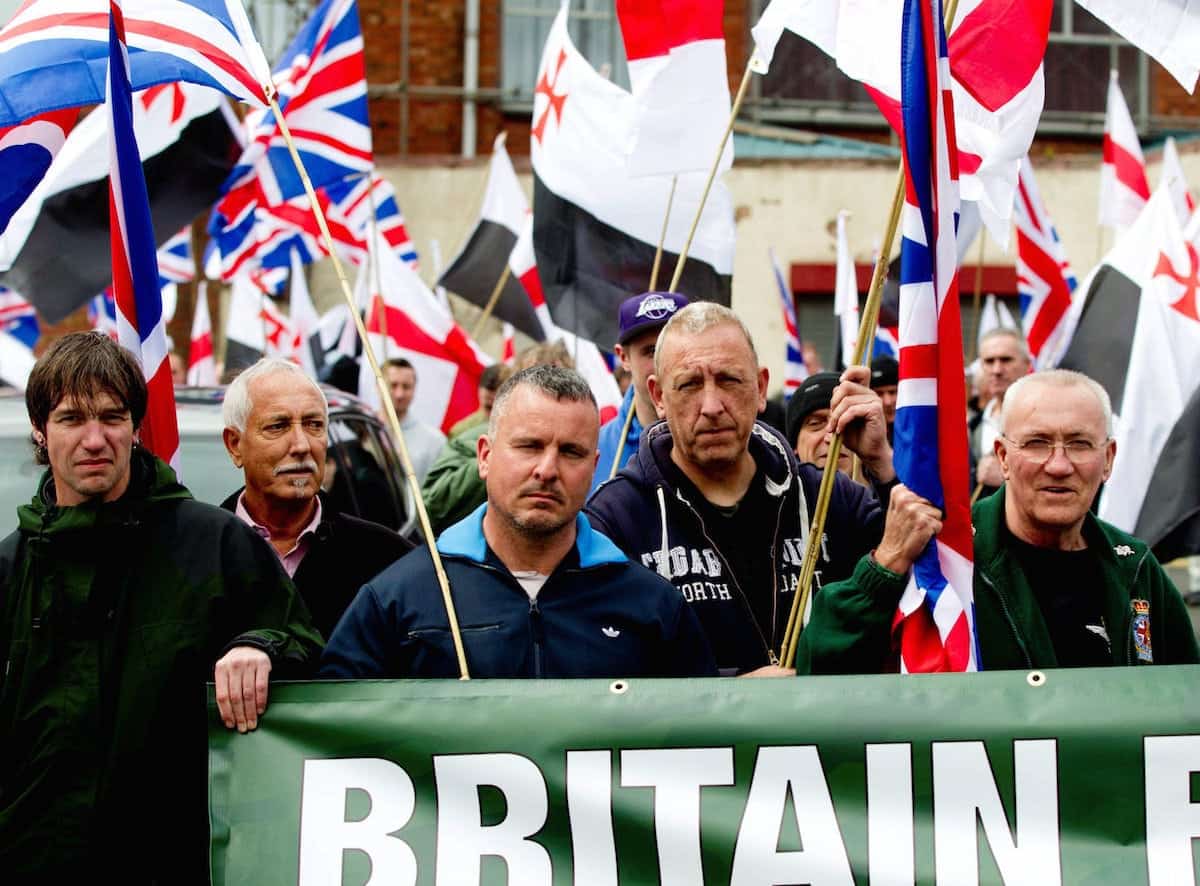 Leaders of Britain First aren’t welcome in their own home, neighbours say, because they are an EMBARRASSMENT.

James Oliverea, 24, a publishing consultant from Penge said: “It’s embarrassing to share a postcode with her.

“I’ve never come across her in real life, but I’m aware of her hated-filled little group.

“I got back from holiday last night and saw it all kicking off this morning.

“Not what you want to see your home town in the news for.”

Grace Forester, 20, a student from Anerley said that the government wasn’t doing enough to stop the far-right group.

She said: “It’s a shame that Theresa May hasn’t done more to condemn Trump’s use of Britain First’s material.

“Britain First is a toxic and dangerous organisation.

“We need to do more to stop spreading hatred.”

But some people wanted to stay clear of the news.

Marie Lowman, 53, a housewife from Beckenham said: “Jayda sounds like a horrible person.

“I try to ignore Trump too. My husband and I always talk about his tweeting – I wouldn’t be surprised if he started a nuclear war from Twitter.

“Him and Kim Jong-Un just go back and forth all day attacking each other.

“I hope this Britain First malarkey doesn’t make our politicians end up like that.”

Mr Than from South Croydon who did not want to give his first name, added that Trump shouldn’t be associating with the Far Right.

The 60-year-old from South Croydon emigrated from Sri Lanka to London 25 years ago but said he wasn’t worried about Britain First’s anti-immigration rhetoric.

He said: “There a very very small minority and I’ve never come across them.

“There not really on my radar, they’re not doing a very good job.

“They just make themselves look silly.”

However, Fransen had some support in the area.

Joanna Kemp, 53, a full-time carer and ex-civil servant from Anerley, said: “I’d vote for Britain First. But I still don’t think Trump should be getting involved.

“I agree with them that we should get rid of all the immigrants.

“I voted UKIP last time, but they’ve got rubbish after Brexit.

“But I don’t want Trump’s support. He needs to stay out of British politics.

“He should be running the country and off bloody Twitter.

“He’s such a f**king pillock. Even worse than Boris Johnson.”