“There is mounting concern that unless urgent action is taken, we will fall deeper into delivery chaos", the Wine and Spirit Trade Association warned. 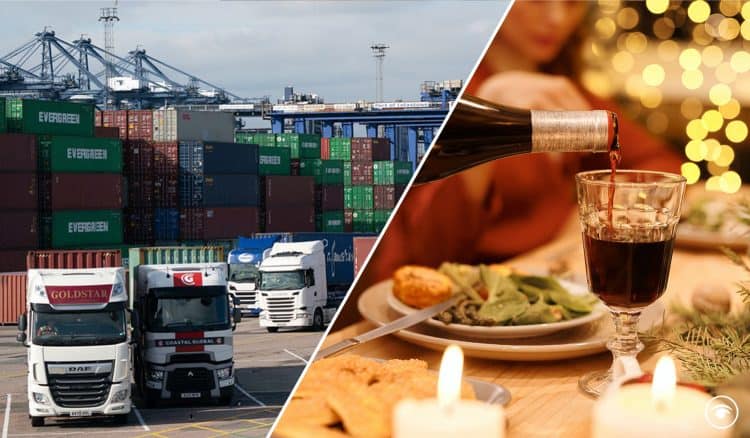 Britain is staring down the barrel of an alcohol shortage in the run-up to Christmas, Grant Schapps has been warned.

A group of 48 wine and spirits companies have told the transport secretary that he must do more to address the lack of HGV drivers after the government failed to entice back those who have left since the pandemic and Brexit.

In a letter to Shapps, businesses including Pernod Ricard, Moët Hennessy and the Wine Society said rising costs and supply chain “chaos” had held up wine and spirit deliveries, raising the risk that supermarkets will run dry and festive deliveries arrive late.

Members of the Wine and Spirit Trade Association (WSTA), which coordinated the letter, have reported it is taking up to five times longer to import products than a year ago, with two-day orders taking more than two weeks to process.

Freight costs have increased by about 7 per cent, the WSTA said, as delivery firms have had to raise HGV drivers’ wages to retain them, causing particular difficulty for small businesses that struggle to compete on salaries with larger rivals.

Drivers and vehicles are increasingly unpredictable in their arrival times, according to WSTA members, meaning goods are either not ready or are left waiting for collection.

The drinks companies called on Shapps to extend a temporary visa scheme for HGV drivers, which expires in February 2022, to a year.

They also want the government to step in to help smooth congested freight routes from ports, and to provide more regular updates on how many HGV driver licences are being processed by the Driver and Vehicle Licensing Agency (DVLA).

Miles Beale, the WSTA chief executive, said: “There is mounting concern amongst our membership that unless urgent action is taken, we will fall deeper into delivery chaos.

“We are already seeing major delays on wine and spirit delivery times which is pushing up costs and limiting the range of products available to UK consumers.

“Government needs to be doing all it can to ensure British business is not operating with one hand tied behind its back over the festive season and beyond.”