In total, 88 trains had to be cancelled and around 22,000 people were directly affected - British Transport Police estimated the cost of the disruption to be more than £1 million 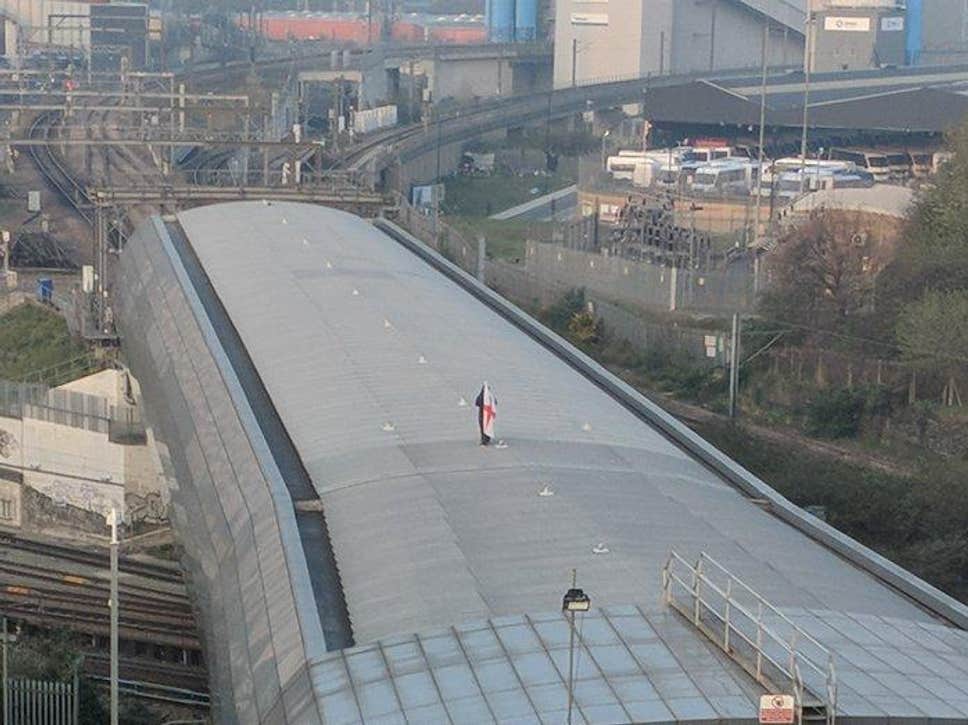 A Brexit supporter who brought Eurostar services to a halt when he climbed on top of a railway tunnel wrapped in an England flag has been jailed for 12 months.

Terry Maher, 44, caused a total of 88 trains to be cancelled and around 22,000 people were directly affected – when he staged his protest near St Pancras International station on March 31st this year, the day Britain was originally due to leave the EU.

Maher, who had a history of mental health issues, told a court that his demo on top of the tunnel overlooking railway lines near the London mainline station was a ‘cry for help’.

He wrapped himself in a St George’s flag before clambering on to the roof of the tunnel with power banks for his phone and warm clothing.

He stayed on the roof for 13 hours before being talked down by trained negotiators.

When arrested Maher, who lives in Clerkenwell, near the station, complained about the police and Brexit.

International passengers, who were intending to travel on the Eurostar, were stranded overnight in London.

Nasreen Tincey, in mitigation, said: “He has been suffering from a number of mental health issues.”

Speaking from the dock at an earlier hearing, Maher said: “Going on the roof was a cry for help.

“I’m aware I could have gone to prison for that, but I was asking for help.”

Speaking after Maher was jailed for 12 months, investigating officer Detective Sergeant Dean Percival said: “This has been described as the single most expensive incident in the history of high-speed railway in Britain.

“However, not only did it cost the rail industry, it also cost thousands of commuters and holiday-makers their time, significantly delaying their journeys and leaving them stranded at stations desperate for the situation to be resolved.”

He added: “Maher’s selfish actions profoundly impacted the day to day lives of the public; that impact is what he was brought to court to answer for.”