A giant meteorite appeared in front of London’s King’s Cross station today as a warning of what life could be like post-Brexit. It was claimed in September that the UK will be the last European country to know if there’s a meteorite hurtling towards Earth because it will leave the EU’s space surveillance and tracking […] 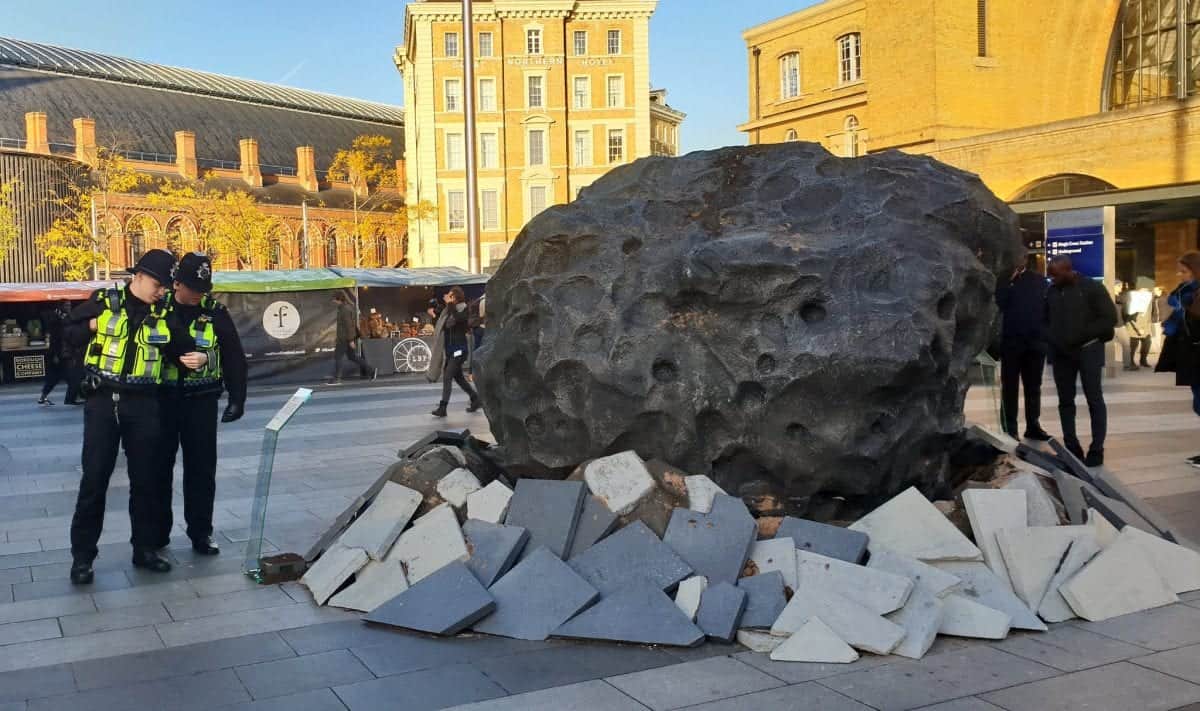 A giant meteorite appeared in front of London’s King’s Cross station today as a warning of what life could be like post-Brexit.

It was claimed in September that the UK will be the last European country to know if there’s a meteorite hurtling towards Earth because it will leave the EU’s space surveillance and tracking programme.

The object appeared as news broke that three huge asteroids will fly dangerously close to Earth this weekend.

Fintech company Monese, who were behind the installation, say their primary goal was to impress upon Londoners that businesses should continue to seek out business across European business, even in the event of a no-deal.

Founder and chief executive Norris Kopel said: “It is a time of great uncertainty here in the UK, across Europe and beyond,” said Kopel. “We wanted to have our own light-hearted response to this uncertainty, but we also wanted to deliver a serious message.”

“Clearly, some of the Brexit speculation poses some very serious policy questions for the UK. We don’t want to detract from those debates, but others, like the UK being unable to detect near-earth objects like meteorites, inspired us to get creative.”