The judge ruled that the tabloid's publisher had proved what was in the article to be “substantially true”. 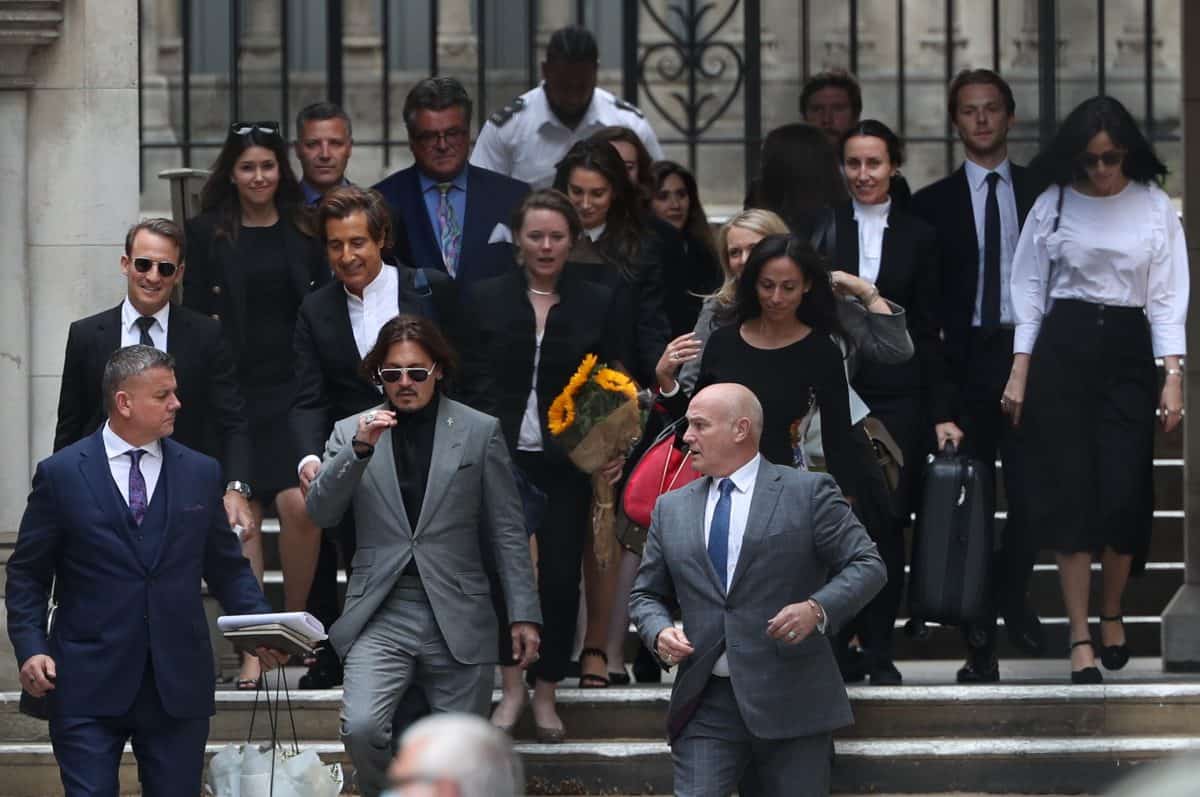 Actor Johnny Depp has lost his High Court libel action against The Sun newspaper over an article which labelled him a “wife beater”.

Depp, 57, sued the tabloid’s publisher, News Group Newspapers (NGN), and its executive editor Dan Wootton over the 2018 article, which referred to “overwhelming evidence” that he attacked ex-wife Amber Heard during their relationship.

In a ruling on Monday, Mr Justice Nicol dismissed the Pirates Of The Caribbean star’s claim, saying NGN had proved what was in the article to be “substantially true”.

The judge said: “The claimant has not succeeded in his action for libel.

“Although he has proved the necessary elements of his cause of action in libel, the defendants have shown that what they published in the meaning which I have held the words to bear was substantially true.

“I have reached these conclusions having examined in detail the 14 incidents on which the defendants rely as well as the overarching considerations which the claimant submitted I should take into account.”

The biggest English libel trial of the 21st century garnered worldwide attention as it unfolded over three weeks in July at the Royal Courts of Justice in London.

Depp and Heard, 34, attended the 16-day trial, which featured days of high drama, claims of brutal violence and sensational revelations about their tempestuous relationship.

The court heard evidence from both stars, along with friends and relatives of the couple, and several former and current employees.

Depp spent around 20 hours in the witness box over five days, facing intense questioning about his Hollywood lifestyle, his use of drink and drugs, allegations of violence, and his friendships and associations with famous faces including Rolling Stones guitarist Keith Richards and musician Sir Elton John.

As the trial drew to a close, Heard stood outside on the steps of the High Court and said she stood by her evidence and would “place her faith in British justice”.

In an April 2018 column in The Sun, executive editor Mr Wootton asked how Harry Potter author JK Rowling could be “genuinely happy” that Depp had been cast in the latest film in the Fantastic Beasts spin-off franchise amid the allegations by Heard.

The Pirates Of The Caribbean star denied having been violent to Heard, and claimed the article included quotes from alleged victims of disgraced film producer Harvey Weinstein in order to “finish his career” by linking the allegations against him to the #MeToo and Time’s Up movements.

NGN defended the article as true and says Mr Depp was “controlling and verbally and physically abusive towards Heard, particularly when he was under the influence of alcohol and/or drugs” between early 2013 and May 2016, when the couple split.