Boris Johnson as Prime Minister with Nigel Farage as his deputy has emerged as the most popular option for Brits in the event of a hung parliament, new polling data has revealed. A TalkRADIO and OnePoll study found a CON/BREX coalition topped all other alliances as the preferred option in the event of a hung […] 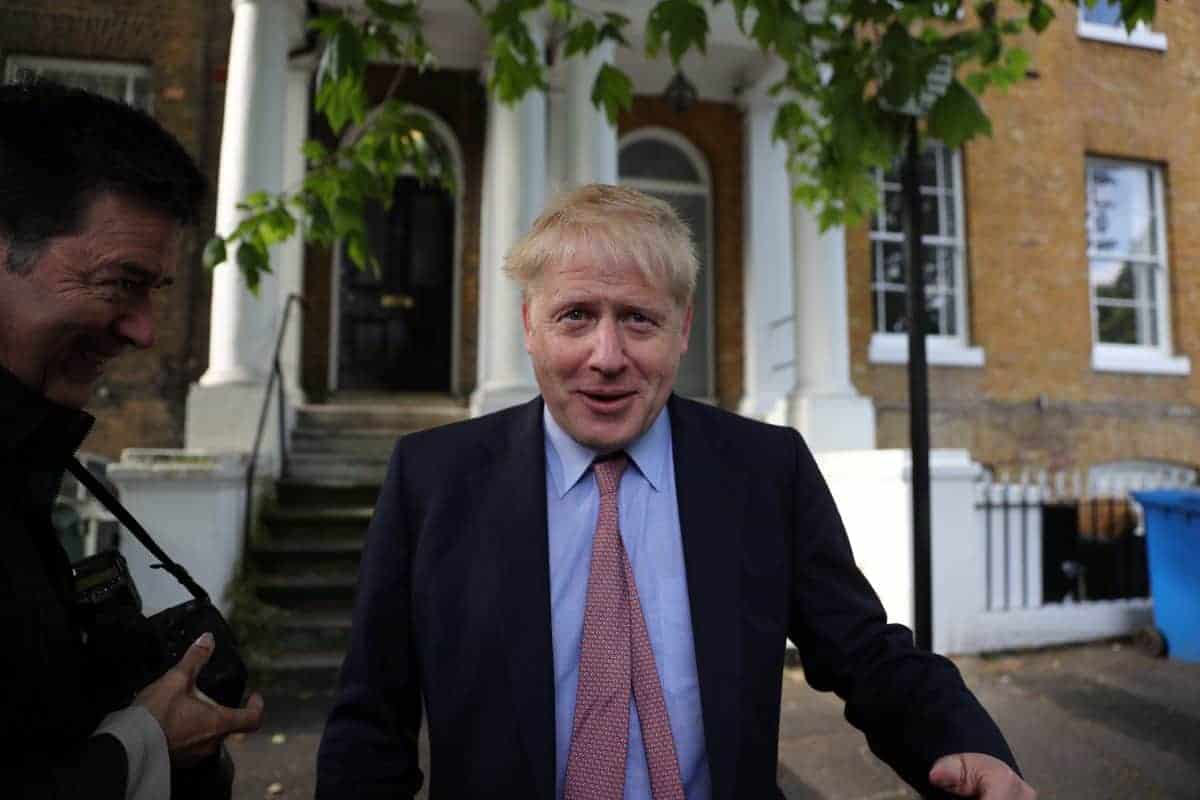 Boris Johnson as Prime Minister with Nigel Farage as his deputy has emerged as the most popular option for Brits in the event of a hung parliament, new polling data has revealed.

A TalkRADIO and OnePoll study found a CON/BREX coalition topped all other alliances as the preferred option in the event of a hung parliament.

In that scenario almost one in three (28 per cent) would like to see Bojo elected as the next Prime Minister with Nigel Farage as his deputy.

Johnson was revealed to be the man most people think could reunite the Conservative Party and came out as the most trustworthy candidate among the options available.

One in five also said he is also the most likely to win a General Election against Jeremy Corbyn – some 17 points ahead of the next closest contender.

Mark Hodson, Head of Research at OnePoll, said: “The European Election results gave a clear indication that the public are ready for a re-think on Brexit.

“It is clear that there is a political impasse in the House of Commons, and short of a deeply unwanted second referendum the only way to clear that would be to call a General Election.

“With Boris odds-on to succeed Theresa May when she resigns and Nigel performing well in the polls the likely outcome would be some sort of coalition with two Brexiteer leaders at the helm.

“Johnson-Farage look set to be the new Cameron-Clegg.”

The poll revealed that more than half of UK Adults agree that the two party, Conservative vs Labour, system has reached its end.

One in six (17 per cent) strongly agree that Brexit has been the catalyst for a major change in the political parties in Westminster, with just four per cent saying it has had no effect at all.

Half of Brits are negative about the Brexit extension, with 17 per cent saying they will vote against their current MP due to their position on the matter.

Hodson adds: “Whatever the outcome of the Conservative leadership contest, one thing for certain is that this is no longer business as usual.

“Britain’s political playbook has been ripped up over the course of the last two years and we are now faced with a landscape that is unidentifiable compared to the past.

“It is unforeseeable that one party will be able to achieve overall rule in the Commons, which means a new era of coalitions is in our midst.”