The property featured in the press in 2018 after Johnson emerged to deflect his burka comments by offering reporters cups of tea. 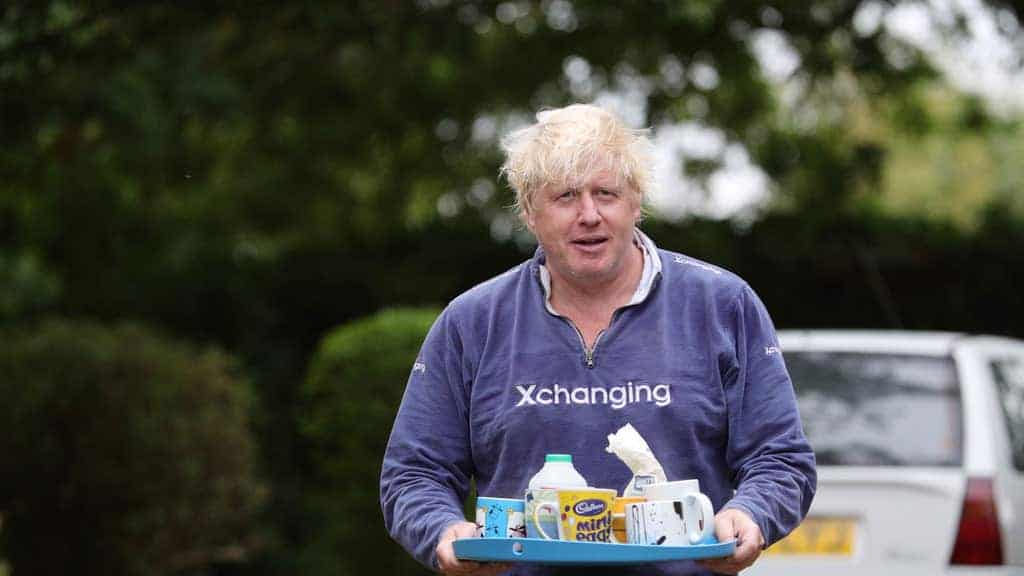 Boris Johnson’s Oxfordshire cottage, made famous for his tea tray gesture to reporters, has been put up for rent at £4,250 per month, The Mail on Sunday has revealed.

The PM has been unable to make use of the Grade II-listed property close to the town of Thame, owing to their refurbished four-bedroom flat above No 11 and official country retreat of Chequers.

Tenants will have use of a heated swimming pool, tennis court and gorgeous views of the countryside – but they will have to put up with Boris as their landlord.

The property featured heavily in the press in 2018 after Johnson, having recently resigned as foreign secretary, shirked questions on whether he would apologise for comparing Muslim women wearing the burka to letterboxes and bank robbers – by offering reporters camped outside his home a cup of tea.

He emerged from his house armed with a tray of mugs for exhausted journalists waiting to confront him over his divisive burka comments.

He declined to comment as reporters quizzed him on the controversial remarks, instead offering them a cup of tea.

Mr Johnson said: “I have nothing to say about this matter except to offer you some tea.”

"I have nothing to say about this matter except to offer you some tea…" @BorisJohnson greets the media armed with a tray of mugs amid burka row pic.twitter.com/5wknsuUBTH

It has a minimalist decor of white walls and mahogany flooring.

The cosy 3,100 sq ft property also has an annexe, which is described by the estate agents as a garden room. Converted from a barn, the self-contained building has a small kitchen and features exposed brick and a fireplace.

The new tenants of the £1.2 million property will have to bring their own furniture as the listing states it is unfurnished.

Related: Major says Prince Philip was right: There are too many MPs