The £2.6 million briefing room has been widely criticised by the public, but it could have its uses. 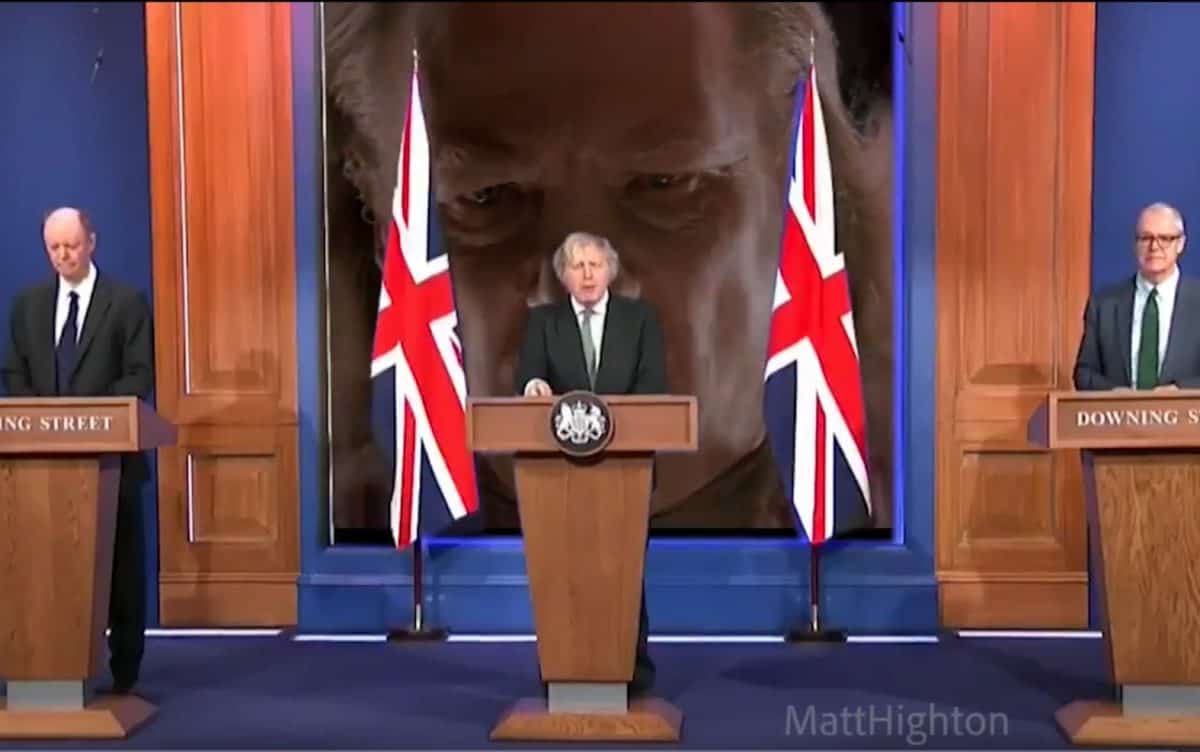 The government’s new briefing room has been roundly criticised since its first outing at the end of March, but it could have opened the door to new methods of multimedia mockery.

Comedian Matthew Highton discovered last night during a Boris Johnson’s press conference that a giant blue screen behind the PM’s pew allows filmakers to superimpose anything behind the government team.

He chose a medieval tyrant and an oppressive and bloodthirsty sorcerer named Vigo the Carpathian as a fitting person to stand in, although others suggested the Eye of Sauron would also be a good look.

Big thanks to Boris Johnson and the Tories for building a giant blue screen for their new briefing room, meaning it takes seconds to put anything behind them. For example Vigo the Carpathian. pic.twitter.com/WS1fr3S390