"£2.6m on a new briefing room, with all mod cons and boxfresh flags, but they still need to say 'next slide please'," one person said. 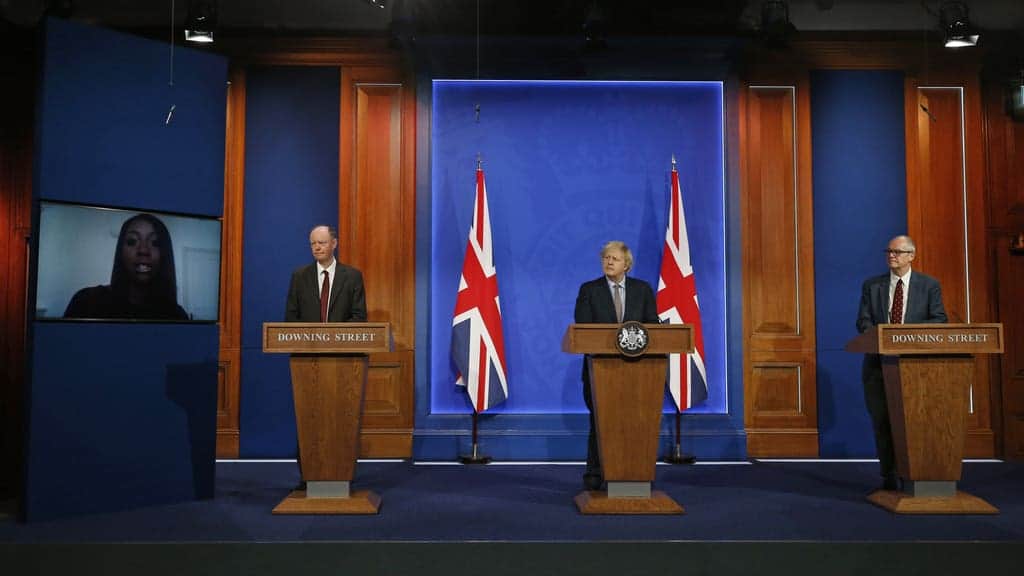 People were quick to point out that the central podium had been changed having previously featuring the words “Downing Street” with an HM government logo superimposed over it – so only “DOWN REET” was visible.

The number of flags positioned behind to the rear of the stage has also been reduced from four to two.

But despite £2.6 million being spent on the overhaul, it was pointed out that government officials still have to say ‘next slide please’.

£2.6m on a new #dailybriefing room, with all mod cons and boxfresh flags, but they still need to say 'next slide please'. pic.twitter.com/SQwTXT8WKv

Others also noted the absence of Henry Hoover, which developed its own parody account after it was left out in the first leaked images.

‘PressOfficeHenryHoover’, tweeting under @HooverPress, bagged himself a job that ‘truly sucked’, one person said, although it replied: “It is mainly long blond hairs and lies.”

Mainly, opinion was very divided over whether this was money well spent.

Here’s the pick of the reaction so far:

Reason for the delay to the opening of the press briefing room now becomes clear. pic.twitter.com/dE0Br2ymkl