George Parker, 28, groomed and raped three young lads after "infiltrating the heart" of their families 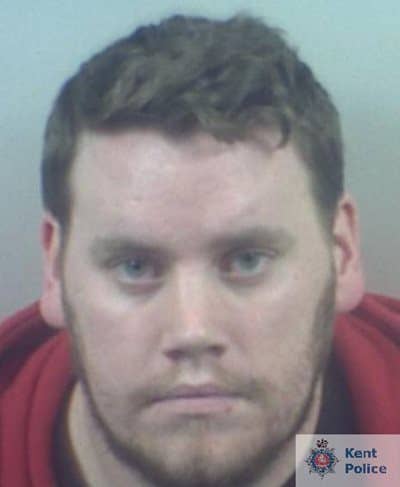 A ‘sinister’ sex fiend who raped then blackmailed boys as young as 12 during a sickening “campaign of atrocities” has been jailed for over 20 years.

George Parker, 28, groomed and raped three young lads after “infiltrating the heart” of their families.

Parker conducted the “systematic” rapes on a “near constant” basis over eight years from 2005 to 2013.

He repeatedly assaulted the friends – and later blackmailed them to comply.

Parker gained access to one victim while in a relationship with his sister – and invited him to play video games.

She said: “The smiling friend of the family was a very different character behind closed doors. This was a grave crime.

“One offence took place in the victim’s own home during his sister’s 18th birthday – somewhere he should have felt safe.”

The victims and their families sat in the gallery as the prosecutor read details of 21 separate acts Parker committed.

Ms Levett said: “One witness was abused by his Parker as his sister was in a relationship with him in 2007.

“His sister left the house and the two were playing FIFA on a PlayStation – that afternoon he was sexually abused.

“He was told that he couldn’t tell anybody, that it would break his sister’s heart. He was told him his mother would disown him.

“Isolated, he could not share his experience with anyone – and was forced to go to the cinema and act like it was normal.”

Parker, who refused to leave his prison cell and was not present for the sentencing hearing, abused the boy for six years, inflicting ‘too many attacks to count’ – and even followed him to Turkey on a family holiday.

The prosecutor said: “He later suffered severe psychological harm, he took blades to his face and he was sectioned.

“This was a sustained incident, it was grooming and extreme abuse of trust. It is the highest category of sexual offences.”

The next victim, 17, was targeted with fake sexual messages – with Parker showing the boys’ girlfriend using his Facebook account.

Parker, then 22, used screenshots to blackmail the boy into committing to ‘countless sexual acts’.

Ms Levett said: “There was a significant degree of planning – again it was the playing of video games to attract his victim.

“Parker made himself indispensable to the mother and victims, they were unaware of the manipulations until it was too late.”

The third victim was attacked at age of 12 in 2008 when Parker invited him to play Fifa in Royal Tunbridge Wells, Kent.

Parker, now of Leeds, failed to turn up to court on Friday as he was sentenced for ‘a campaign of systematic rape’ against boys.

He had been found guilty of the charges on December 7 following a three-week trial – when a jury convicted him on all 21 counts.

John Cammegh, in mitigation said: “The maximum sentence for this case is 19 years, it is not a million miles away from the sentence I advised my client he would get.

“The offending started at a young age, it developed a momentum of its own – it was not challenged. My client was terrified of prison and sought to pull the wool over the eyes of the court.

“The dock is empty, I’m doing the best I can, it would seem a brief letter in which he states he claims the proceedings have taken a toll on his mental health – no medical information supports this.”

His Honour Judge Phillip Statman said: “George Parker is not present in court, he has indicated that he does not wish to attend, his counsel agrees he should sentence him.

“He has been convicted by a jury of 21 counts of sexual offending against three separate victims. The indictment spans a period.

“In a sinister manner, the victims were told they would be exposed by those that love him as being gay if he spoke out.

“This case has many of the hallmarks of historic sex offending.

“Parker got to know the victims through a sister, who he met while working for a local supermarket.

“The defendant was between 16 and 22 during the attacks. He was manipulative and devious, entering himself into the heart of the families.

“I can see just how shocking the events have had upon the victims. There is understandable anger towards the way they were treated.

“The defendant isn’t here today – there is a willful refusal. I will look at this in great care. This is a very difficult sentence to pass.

“What makes this case is the blackmail, the use of the internet in the way the victims were abused – this demands a very substantial term of imprisonment.

“These grave crimes were committed against these victims over an extended period of time, I am satisfied that an extended sentence will be put in place.”

There was a sigh of relief from the gallery as Parker was jailed for a total of 20 years, with two years on license.

A sexual harm prevention order is to be written up and his name will remain on the Sexual Offences Register for life.

Speaking afterwards, one of the victims said he was happy with the sentence, calling it ‘justice done’.

He said: “The sentence today reflects what he has done.

“It is just a shame I couldn’t see him jailed.”

Detective Constable Karen Wigley, who led the investigation, said: “Parker subjected these boys to the most appalling abuse and used their fear to ensure they complied with his demands.

“He himself was only a juvenile when he carried out many of the offences, but he then continued the abuse as an adult.”

She added: “I would like to thank the victims, who have been incredibly brave to come forward and give evidence against Parker.

“Sadly, they will no doubt carry the mental scars of his crimes with them for a long time but I hope they will be able to move forward from this, knowing he is now serving a lengthy prison sentence.

“Successful convictions such as this are just one of the reasons we continue to urge anyone who has been a victim of sexual abuse to contact the police.

“It is never too late to report any sexual offence and we will always treat any information with the upmost confidence.”