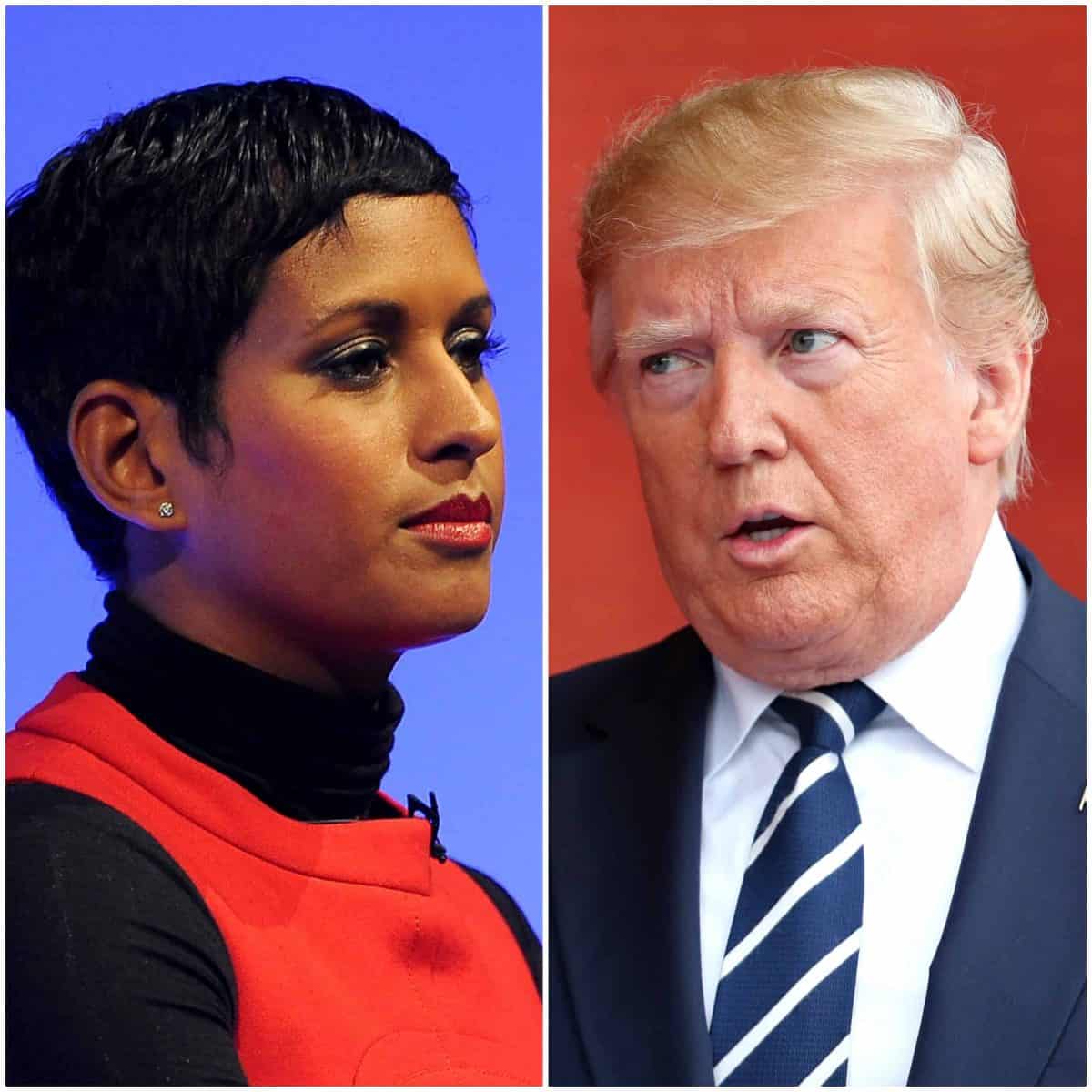 The BBC’s Executive Complaints Unit (ECU) had ruled that the BBC Breakfast host breached editorial guidelines when she condemned comments made by Donald Trump after he told female Democrats to “go back” to their own countries.

However, Lord Hall said in an email to staff that he had personally reviewed the ruling.

“I don’t think Naga’s words were sufficient to merit a partial uphold of the complaint around the comments she made,” he said.

In a July 17 broadcast, Ms Munchetty had said that “every time I have been told, as a woman of colour, to go back to where I came from, that was embedded in racism”, adding: “I’m not accusing anyone of anything here, but you know what certain phrases mean.”

After being probed by her co-host Dan Walker for her thoughts, Ms Munchetty said she was “absolutely furious a man in that position thinks it’s OK to skirt the lines by using language like that”.

The ECU ruling sparked a backlash, with many expressing their outrage at the decision.

Sir Lenny Henry and Krishnan Guru-Murthy were among a group of black and Asian journalists and broadcasters who called for the BBC to reverse its ruling.

Labour leader Jeremy Corbyn was also among those to comment, saying that Ms Munchetty “stated a fact”, and urging the BBC to “explain this astonishing decision”.

Lord Hall said in his email that the ruling had “sparked an important debate about racism and its interpretation”.

He said: “Racism is racism and the BBC is not impartial on the topic.

“There was never a finding against Naga for what she said about the President’s tweet.”

He continued: “I have looked carefully at all the arguments that have been made and assessed all of the materials.

“I have also examined the complaint itself. It was only ever in a limited way that there was found to be a breach of our guidelines. These are often finely balanced and difficult judgements.

“But, in this instance, I don’t think Naga’s words were sufficient to merit a partial uphold of the complaint around the comments she made. There was never any sanction against Naga and I hope this step makes that absolutely clear.”

He said Ms Munchetty was “an exceptional journalist and presenter”, adding: “I am proud that she works for the BBC.”