Look at photos of Irish women from the 1950s and ’60s and you’ll see plenty of covered heads. Women of all ages wore wool shawls pulled over their heads as they went about their daily chores, bustling children off to school, buying fresh fish at little stalls or rushing off to mass. Some Irish women […] 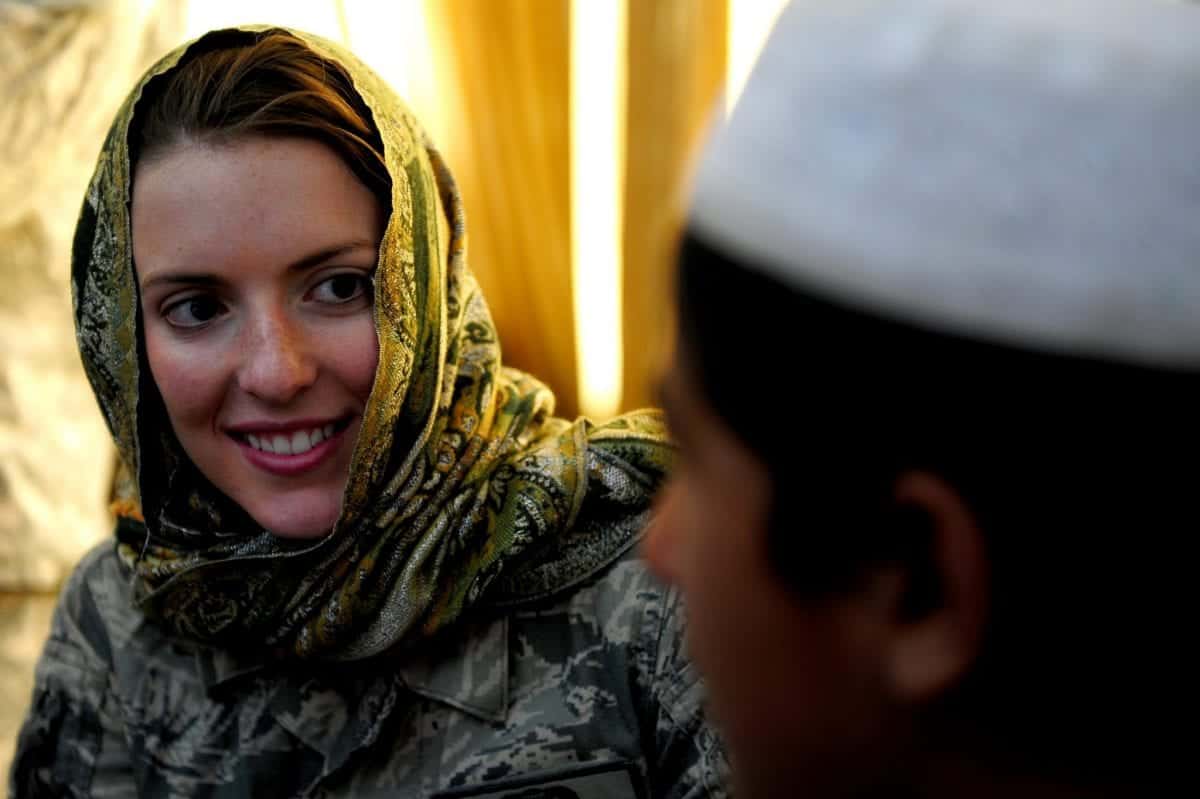 Look at photos of Irish women from the 1950s and ’60s and you’ll see plenty of covered heads. Women of all ages wore wool shawls pulled over their heads as they went about their daily chores, bustling children off to school, buying fresh fish at little stalls or rushing off to mass. Some Irish women are old enough to remember and some still won’t go into a church with uncovered hair. When France’s prime minister Manuel Valls said Muslim headscarves should be banned in universities, he wasn’t thinking of these people or the millions of European women who wore traditional head coverings for centuries before fashions changed.

Critics of Muslim hijabs and niqabs often claim the women are coerced but provide no evidence aside from anti-Muslim or anti-religious prejudice. Religion in western Europe is not coercive or oppressive by definition, as millions of female believers of all stripes will proudly tell you. Islam, a complex, multifarious, multiconfessional catch-all term, is no more coercive than any other religion. The local mosque isn’t Islamic State doling out torture and death to apostates. The typical European Muslim woman isn’t a sex slave imprisoned behind a wall of fabric. Those who say hijab-wearing women have no ability to choose make a mockery of women’s rights. A white woman who chooses to be devoutly Catholic isn’t considered a brainwashed victim, why should a Muslim be any different?

France’s prime minister also claimed that Islam is incompatible with French society, parroting claims made by racists and fundamentalists all over the western world. Many Christians are terrified of Islam because it holds up an uncomfortable mirror up to Christian history and reminds believers of all the contradicitions and unresolved issues of their religion. Secular societies like France are disquieted by religion. France’s history of aggressive secularism and anti-clericalism feeds into modern anxiety about Islam and its potential political influence. The French have a long history of rearguard action against the Catholic Church, often breeding conflict between secular authorities and grassroots believers.

Today, most European countries are less anxious about Christianity than the ‘alien’ new religion that is Islam. Religious observance among European Christians has declined significantly and conservative social attitudes supported by Christian denominations have lost popular support. The fear of Islam is in many ways a fear of all religion. Though a general revival of traditional European religion is unlikely, Christianity has made considerable progress in the battle for hearts and minds, partly thanks to the reaction to Islam, partly due to modernisation of the major Christian churches.

Even a limited ban on headscarves should be as noxious to us as banning yarmulkes or St Christopher’s medals. Targetting one faith group and limiting their rights of expression is not just an act of prejudice, it is a moronic response to changes in culture. Europe’s Muslim population is not going away and neither are the cultural differences that so upset secularists and Christian leaders alike. Head coverings are just the most obvious difference that politicians can point to. It would be well for those contemplating restrictions on Muslims to remember the religious history of our continent and the many ways of dressing we now consider archaic. From the Dutch women with their large and elaborate caps to Hasidic Jews’ beards and curls, culture, nationality and religion have created their own unique modes of dress and appearance. When was the last time a government told a nun she was causing offense by wearing a habit?

The impulse to attack Muslims stems from fear of difference and a modern discomfort with religious believers. A truly civilised society wouldn’t behave in an erratic and reactionary way. When faced with demographic changes and the rising power of religion, history will not forgive those who rush to punish.