"Nobody seemed to care" that a young priest was killed as he crawled to waste ground to administer the last rites for a man who was shot in the Ballymurphy massacre, a family member has said. 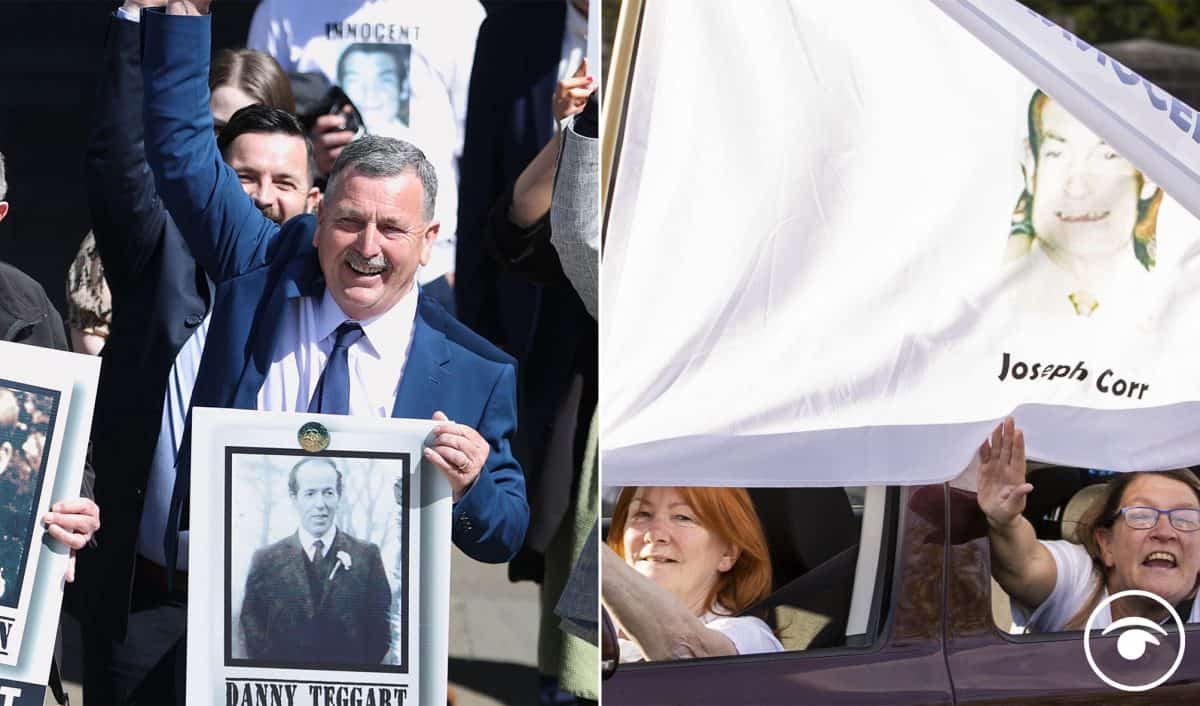 Calls are growing for the UK Government to issue an apology to the families of 10 civilians killed in west Belfast in 1971.

Fresh inquests into the deaths involving the Army concluded that the victims were “entirely innocent” and soldiers were responsible for nine of the fatal shootings.

Coroner Mrs Justice Keegan found that the use of lethal force by the Army was not justified.

#Ballymurphy families arriving to hear the inquest findings into the death of their loved ones @irish_news pic.twitter.com/Ulh0Tyshuw

She also criticised the lack of investigation into the 10th death, that of John McKerr, and said she could not definitively rule who had shot him.

“Nobody seemed to care” that a young priest was killed as he crawled to waste ground to administer the last rites for a man who was shot in the Ballymurphy massacre, a family member has said.

His niece, Geraldine, told ITV News: “It made me very angry that he had died and nobody seemed to care that this young priest’s life had been taken away from him.”

SDLP leader Colum Eastwood and Alliance Party leader Naomi Long urged the Government to “step up and formally apologise for the actions of the Army on the day in question”.

Ms Long said: “We saw how much a similar apology in relation to Bloody Sunday meant to the families there, and I encourage the Government to acknowledge the courage of the Ballymurphy families with a similar statement.”

A solicitor who represents the Ballymurphy families said they have instigated civil proceedings against the Ministry of Defence.

“In light of these findings and the strong criticisms, they will be pushing on with that,” Padraig O Muirigh said.

Northern Ireland’s First Minister, Arlene Foster, said it had been a “long road for the Ballymurphy families” and commended their tenacity.

Deputy First Minister Michelle O’Neill described a “powerful day”, adding: “It has laid bare for all to see that the British forces murdered their family members, their innocent family members.

“They have always known that and now the whole world sees that is the case.”

Ten people lost their lives in and around the #Ballymurphy area of west Belfast in August 1971. Their families have spent almost 50 years searching for the truth. @WillLeitch reports. pic.twitter.com/A7TbPmZPgK

A cavalcade of cars has passed through Ballymurphy thanking the community for its support over the past 50 years.

The convoy made its way through the streets on Tuesday evening beeping horns, hours after a coroner ruled that the 10 people killed in the west Belfast shootings involving British soldiers in Ballymurphy in August 1971 were “entirely innocent”.

The occupants of the vehicles waved white flags with the word “innocent” on them.

Locals lined the streets cheering and clapping, and banged bin lids on the footpaths as the cars made their way past.

Banging bin lids on the streets was was done during the Troubles to warn people the Army was in the area.

Families of victims cavalcade through the streets with residents out showing support.

The cars passed by the houses of some of the victims.

The families of those killed have not been able to hold a large gathering due to Covid-19 public health restrictions.

But the families voiced their appreciation for all those who supported them through their campaign and joined them on the streets on Tuesday evening to celebrate the outcome of the inquest.

Carmel Quinn, whose brother John Laverty was shot, said: “I want to thank our whole community in Ballymurphy because in early days of the Troubles they stuck with the families and helped us get through.

Liam Quinn, who was holding a poster of his brother Frank Quinn, said: “I’d just like to thank the people of Ballymurphy for all your support and everything you’ve done for us.

“Thank you very, very much.