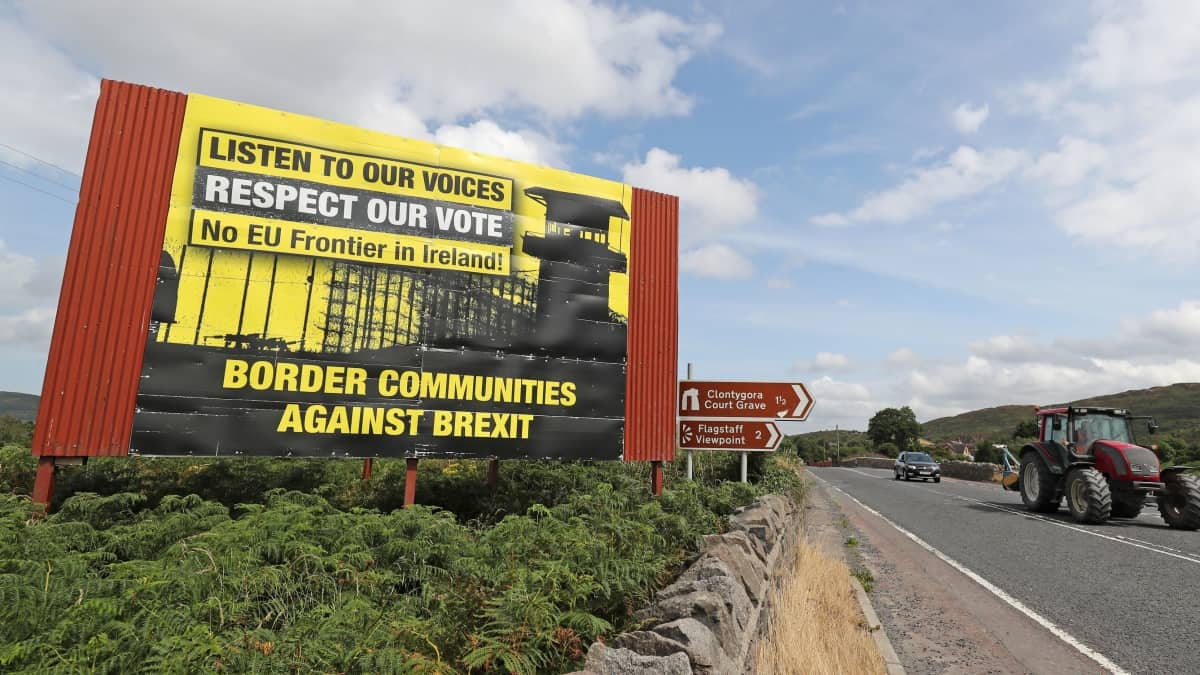 The first meeting of a group set up to find backstop alternatives had full and frank discussions, according to one member.

Aodhan Connolly, director of the Northern Ireland Retail Consortium, attended the first meeting of the business group set up to examine other options to the Brexit backstop on Wednesday.

“I can say that there was very frank discussion and a chance for people to look at the parameters of what alternative arrangements would mean for the Northern Ireland border,” he said.

“People got to air their concerns, and it’s a very good start, in fact I think there’s a realisation that this is not going to be solved by positive thoughts and the wave of a magic wand.

“Hard choices will have to be made, but our message was very simple – we need unfettered access across the border that was promised and what we really need is the guarantee from the joint report in 2017 is delivered, with no hard border.”

The Business and Trade Union Alternative Arrangements Advisory Group represents the views of those trading within the island of Ireland and across the Irish Sea.

The group hopes to work to replace the Northern Ireland backstop by the end of 2020, alongside the Technical Alternative Arrangements Advisory Group, which is made up of experts in trade and customs and who met for the first time last week.

Concerns had been flagged over lack of knowledge from Westminster about the Northern Irish border, with many from the business and security services highlighting potential concerns if a border was to be implemented.

“I think after several years now of trying to get the message across, it’s started to land,” Mr Connolly added.

“That says more about the persistence of the NI business community than anything else.

“We all went over today; farming, big business, small business and freight and our message was the same, we need this to work.

“We need it to work for supply chains across these islands.”

Any alternative arrangements agreed upon or suggested by the group are predicated on Britain leaving the EU with a deal, a concern that Mr Connolly says was flagged during the meeting.

“We’re pragmatic optimists, we realise that we need a deal to get these arrangements through, but good business people are prudent, we have to make our voice heard.”

Brexit Minister Robin Walker said the launch of the group, which he co-chairs with Business Minister Andrew Stephenson, showed the Government was prioritising a replacement to the backstop.

The group includes cross-sector representatives from Ireland, Northern Ireland and the rest of the UK, to ensure the views of businesses and their employees are represented.

They will consider how to simplify the movement of goods across borders, including trusted trader schemes and advanced use of data and IT systems.

The business and trade union group is one of three domestic advisory groups that the Government announced earlier this year to help inform its negotiations with the EU on this important issue.

The Government has £20 million of funding available to support the development, testing or piloting of any ideas that emerge from the advisory groups.

The UK and EU have a shared desire to replace the backstop with alternative arrangements to ensure there is no hard border – and both sides say they are committed to prioritising the development of these in the next phase of talks.