45-year-old man was arrested this morning over allegations of crimes during the first and second Liberian Civil Wars between 1989 and 2003. 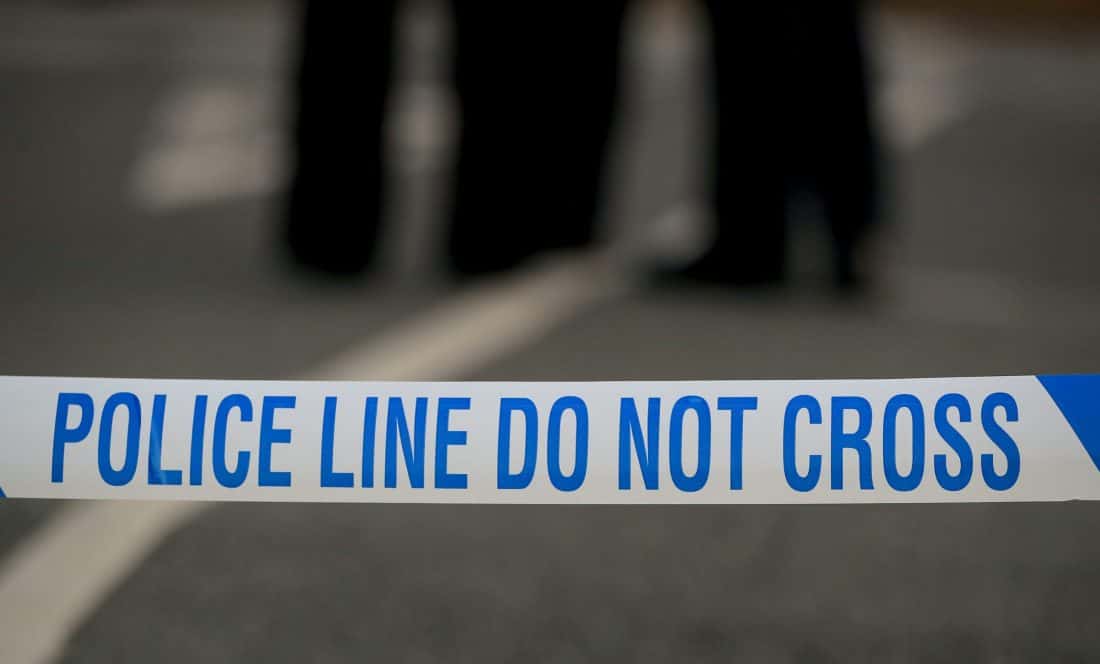 A man was arrested on suspicion of war crimes in London today, while in a separate incident a man was detained in Somerset under the Terrorism Act.

A 45-year-old man was arrested this morning over allegations of crimes during the first and second Liberian Civil Wars between 1989 and 2003.

The offences go against the International Criminal Court Act of 2001, which bans genocide, crimes against humanity or war crimes.

Between 1989 and 2003 as much as quarter of a million people in Liberia were killed in a civil war with thousands more were mutilated and raped.

Former Liberian president Charles Taylor is currently serving a 50-year sentence in a British prison after being found guilty by an international tribunal of crimes against humanity.

His ex-wife Agnes Reeves Taylor was charged by British police with torture in 2017 during the West African country’s civil war that saw as many as 250,000 people believed to have been killed.

But last year the case against her was dismissed at the Old Bailey after judge Mr Justice Sweeney said there was a lack of evidence the government was in full control at the time of the alleged crimes.

Officers are currently searching a house in south east London over the recent arrest of the 45-year-old man.

The suspect is being held at a police station in central London, Scotland Yard said today.

A spokesman for the force said: “Officers from the Met Police War Crimes Team have today, Thursday, August 27, arrested a man on suspicion of war crimes, contrary to section 51 of the International Criminal Court Act 2001.

“Detectives arrested the 45-year-old man in south east London at approximately 7.20am this morning. He has been taken into custody at a central London police station.

“The arrest follows an allegation of offences relating to the first and second Liberian Civil Wars, between 1989 and 2003.

“Officers are currently searching an address in south-east London. Enquiries are ongoing.”

Dean Morrice was arrested earlier today in a terror raid in a sleepy Somerset village but has denied terror and explosives charges.

The 33-year-old allegedly held white supremacist views which he shared on a WhatsApp group.

Prosecutors alleged Morrice had a terrorist document and sharing it online as well as having an explosive powder.

He is also accused of researching Vietcong guerrilla warfare and was found with black powder and the ingredients to make thermite – a pyrotechnic substance made of metal powder and metal oxide.

At Westminster Magistrates’ Court this afternoon, he indicated a not guilty plea for possessing a document for preparing an act of terrorism and two counts of sharing content of a terrorist publication electronically.

He also faces a charge of having an explosive black powder for which he did not indicate a plea today.

The former army employee, who worked in a desk role based in the UK, spoke only to confirm his name and date of birth at the hearing today.

Morrice, who the court heard has four children in the Bristol area, appeared in the dock with a black beard and moustache wearing a grey tracksuit and a face mask which he took off once seated.

Prosecutor Simon Drew told the court what officers found at Morrice’s home during the police raid.

But Sajad Chaudhry, defending, argued it is not clear what Morrice planned to do with any items found in his possession.

District judge John Zani said: “I bear in mind that you have not been convicted of anything.

“These are allegations that you face and it will be for the crown court and if you maintain your plea of not guilty, it will be a matter for the judge and jury.

“In the event of conviction, a lengthy sentence would appear almost inevitable. All matters will be sent to the crown court.”

Morrice was denied bail and remanded in custody to appear for trial at the Old Bailey in October.

He is charged with possession of an explosive substance for unlawful purposes, namely a “Black Powder”, on or before August 20, 2020.

He faces two separate charges related to transmitting content of a terrorist publication electronically on March 15, 2019 and on August 20, 2020.

Morrice is also charged with the possession of a document containing information of a kind likely to be useful to a person committing or preparing an act of terrorism within the same jurisdiction on August 20, 2020.