Armed ‘terror’ police surrounded a man after he donned a full burqa and rucksack before imitating Muslim prayers in a crowded department store. Campaigner Thomas Dunn, 57, sparked panic and confusion when he changed into the Muslim attire to protest about the wearing of burqas in Britain. Armed officers raced to the scene after Dunn, […] 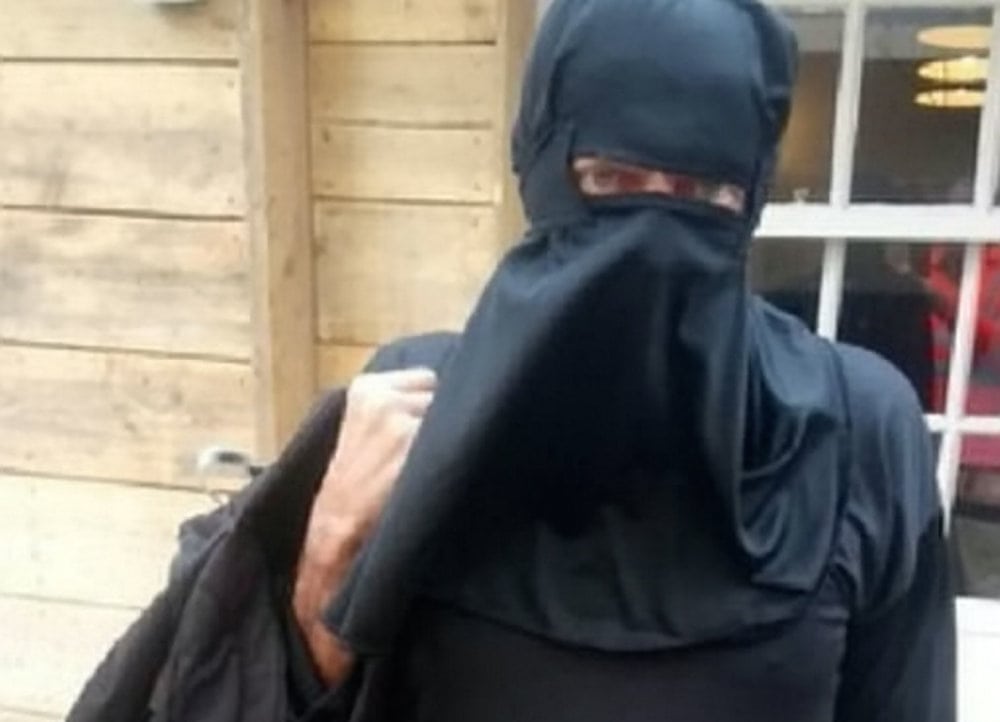 Armed ‘terror’ police surrounded a man after he donned a full burqa and rucksack before imitating Muslim prayers in a crowded department store.

Campaigner Thomas Dunn, 57, sparked panic and confusion when he changed into the Muslim attire to protest about the wearing of burqas in Britain.

Armed officers raced to the scene after Dunn, a gas fitter, caused panic in a branch of Debenhams.

Dunn, who is running a one-man campaign against burqas, said he targeted the high street chain after it announced it was going to sell Muslim clothing.

He then took off the burqa outside the store in the centre of Exeter, Devon, where he was stopped under Section 43 of the Terrorism Act.

He was questioned and searched by armed police but later released without charge.

Dunn, of Exeter, said he had dressed in a burqa on a few other occasions recently as part of his one-man campaign.

He said: “I have always been a little intimidated by people wearing burqas and since all the terrorist attacks I think the government should ban anyone from covering their faces as on CCTV it won’t pick up who they are.

“If you see someone wearing a burqa you immediately think ‘terrorist’.

“It should be stopped. I have nothing against Muslim people and I’m not racist in any way, but I don’t agree with people covering their faces.”

Dunn acknowledged that his actions might be distressing to others, but said he believed it was necessary to raise awareness of his campaign.

He added: “When you change into a burqa you really can see that the way people look at you changes. You see that initial fear in their eyes.

“What I’m doing is not illegal, and I’m definitely going to do it every week or I might increase it to a couple of times a week. I have told the police what I’m doing.”

Police confirmed a man was stopped on Queen Street in Exeter at 12.30pm on Sunday under the terrorism act but was released without charge.