Luisa Zissman said she wouldn't do the job because she doesn't "give ‘enough of a s***". 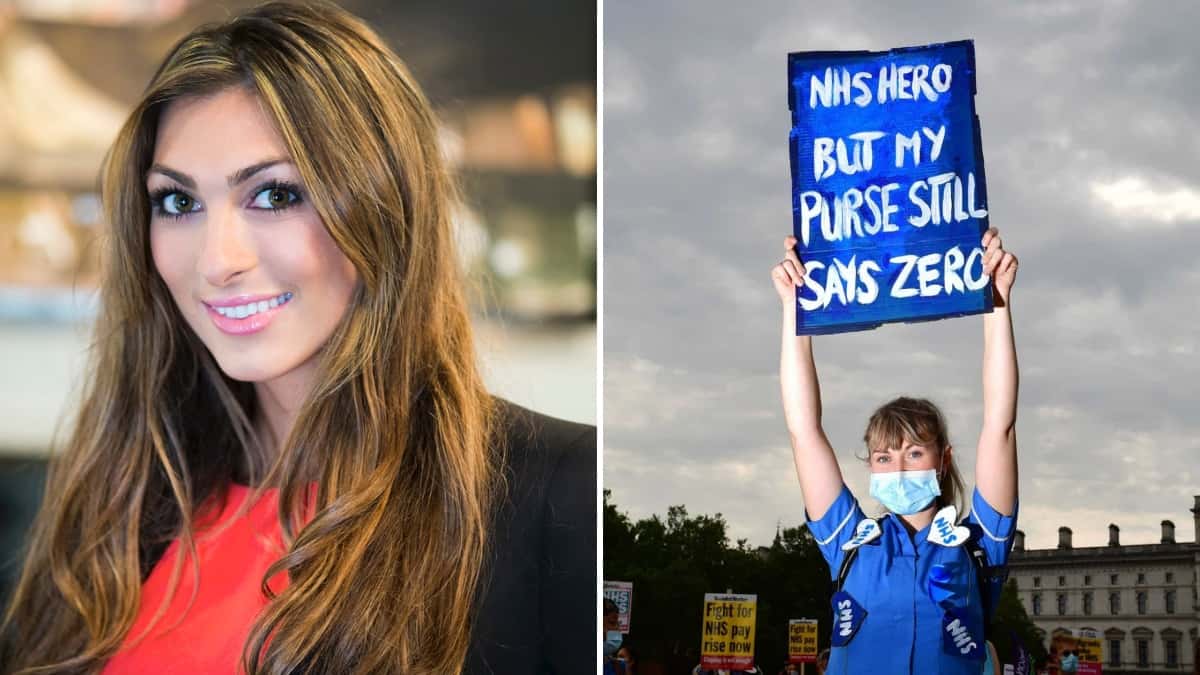 Luisa Zissman has hit out at nurses over planned strike action due to commence in the run-up to Christmas.

Unions announced that thousands of ambulance workers and other NHS staff are set to walk out in December, while Royal College of Nursing members are also preparing to strike in parts of England, Wales and Northern Ireland.

It is believed the army could be called in to ensure essential services are still able to operate.

She said staff should not have joined the NHS if they wanted to make money, adding that she wouldn’t do the job because it is poorly paid and she doesn’t give “enough of a s***.

Speaking on her LuAnna podcast to pal Anna Williamson, Luisa, who has private healthcare, she said NHS staff should quit and “do something else” rather than strike as they knew what they were getting into when they entered the profession.

“In this industry it’s completely irresponsible to strike and put people’s lives at risk, it’s unacceptable,” she raged.

“You have a child that’s waiting for a transplant and that kid doesn’t get that heart because of some f****** jumped-up t***s.”

Zisman added: “If you’re not happy with the pay that job offers go and do a different f*****g job from the offset, don’t get trained by the NHS and have them pay for all of your training and education – and I know that gets paid back over time like every other student loan gets paid back.”

“Don’t do it!” she yelled. “I wouldn’t do that job because I wouldn’t be happy to work for that amount. I wouldn’t go into that job in the first place so don’t f*****g do it, you know what the pay is.”

Luisa then considered”‘maybe I don’t know enough about it,” before adding: “It just annoys me, people striking in this type of career, I think it’s completely irresponsible, cruel and goes against everything they should do in that industry.”

Later on in the podcast the TV personality admitted that the NHS “need to increase the salaries,” only to be told by her co-presenter that is why they are planning to strike.

“They deserve more pay. What they do is life-saving, they have one of the most important jobs in the country…. but the whole of the NHS needs an overhaul.”