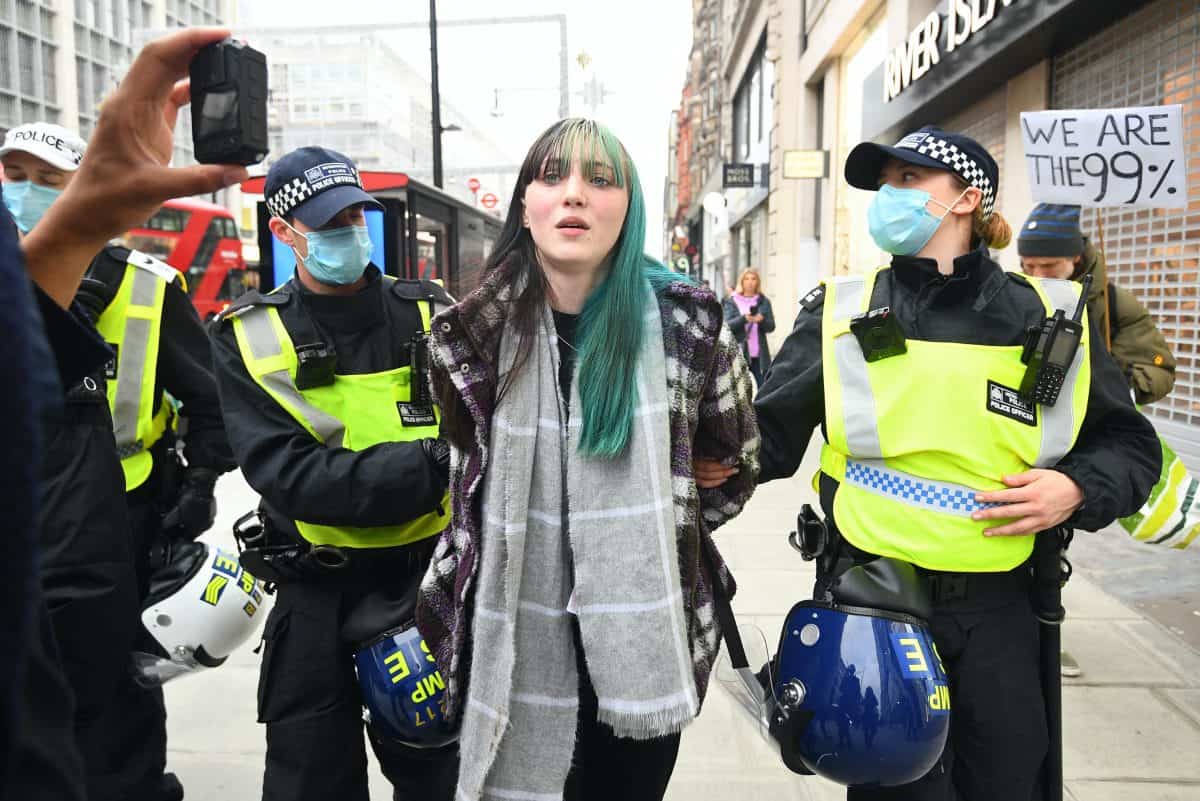 Anti-lockdown protesters were met by a large police presence in central London, as hundreds took to the street to demand an end to coronavirus restrictions.

Police action was met with booing and chants of “shame on you” as demonstrators, many not wearing face masks, ignored requests to go home.

Protest is not a permitted exemption to the prohibition on gatherings under current coronavirus regulations in England and those who attend risk enforcement action by officers, the Metropolitan Police had warned ahead of the weekend.

The grassroots group Save Our Rights UK, which says it is working for democracy, had planned a protest on Saturday called Unite For Freedom – Time For Action.

The group took to Twitter to announce a last-minute change to its plan to gather at Kings Cross station on Saturday morning, after it said arrests had been made.

Supporters were instead told to meet at Marble Arch. Three people were arrested outside the station, police said. Shortly before 1pm, police were leading people away in handcuffs from London’s Hyde Park.

A large crowd of demonstrators chanting “freedom” left the park near Marble Arch and marched along a road parallel to Oxford Street. Police walked alongside the protesters who carried placards reading “stop controlling us” and “no more lockdowns”.

Other signs read “ditch the face masks” and “no to mandatory masks”. Officers continued handcuffing several demonstrators as the noisy crowd abruptly changed its direction.

Groups of helmeted police were seen running to respond to protesters appearing at Oxford Circus, Carnaby Street and Regent Street.

Traffic was temporarily blocked at the latter as police attempted to handcuff people on the ground in the middle of the road.