"This is the reality of Covid - right here, right now. Hospitals at breaking point." 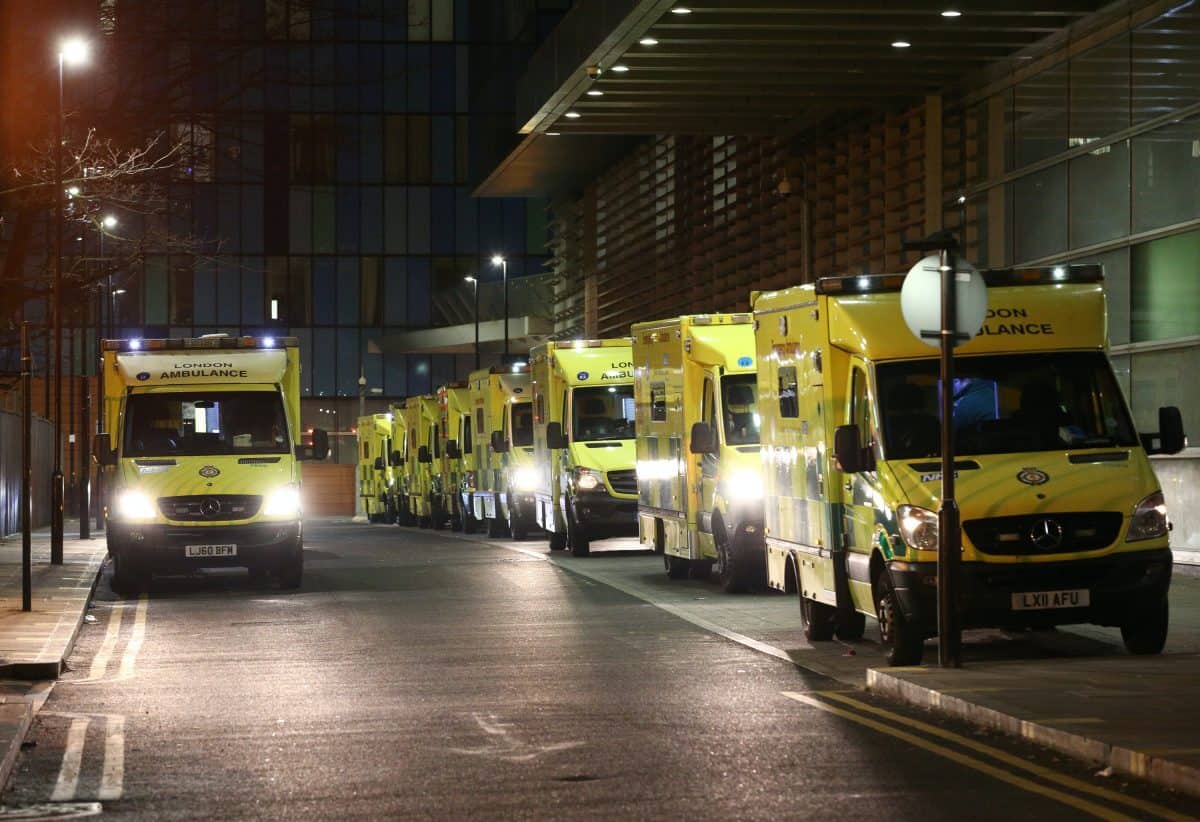 Ambulances with Covid-19 patients have been seen queueing outside hospitals in England as the Health Secretary prepares to announce tougher restrictions amid surging cases.

Footage on social media appeared to show emergency vehicles lined up outside the Royal London Hospital in Whitechapel and Queen’s Hospital in Romford, both in east London, on Tuesday, when NHS Providers’ deputy chief executive Saffron Cordery warned pressure on the NHS was “rising at an unsustainable rate”.

“The demand on the system and the people within that system is at a level we’ve never had to contend with before,” he told the BBC. “It’s utterly heartbreaking.”

A statement released by the Barking, Havering and Redbridge University Hospitals NHS Trust, which runs Queen’s Hospital, urged people to only contact ambulance services in the case of real emergencies.

“Along with the rest of the NHS, we are under considerable pressure as we look after a rising number of Covid-19 patients, some of whom are being cared for safely in ambulances before entering Queen’s Hospital,” it said.

“You can help us by calling NHS 111 if you need medical advice, and only coming to our emergency departments in a real emergency.”

Coronavirus patient numbers have reached their highest levels during the pandemic, with 51,135 further cases and 414 deaths reported on Tuesday.

The Barts Health NHS Trust, which is responsible for Royal London Hospital, said in a statement it had opened an extra coronavirus ward on Sunday.

“We are treating very high numbers of patients with Covid-19 across our hospitals, and in line with our winter escalation plan we have moved into a ‘very high pressure’ phase and taking steps to keep our patients safe,” it added in its statement on Tuesday.

Palliative care doctor Rachel Clarke tweeted a photo, taken by registrar Punith Kempegowda, with the caption noting there was a “sick patient inside every one” of the vehicles.

“This is the reality of Covid – right here, right now. Hospitals are at breaking point,” Dr Clarke said.

Health Secretary Matt Hancock is expected to tell the Commons on Wednesday more areas in England will be placed under the country’s toughest coronavirus restrictions.

Prime Minister Boris Johnson chaired a meeting of the Government’s Covid-19 Operations committee on Tuesday evening, when changes to the tier system were discussed.

Areas that may be moved from Tier 3 to Tier 4 due to increasing case rates include parts of the East Midlands, such as Northamptonshire and Leicestershire, as well as all areas of the West Midlands metropolitan county.

Hartlepool in north-east England, along with a handful of areas in Lancashire – Blackburn with Darwen, Burnley, Pendle and Ribble Valley – could also be upgraded from Tier 3 to 4.

The Times reported ministers are also considering imposing the country’s toughest measures on parts of the south-west and Cumbria.