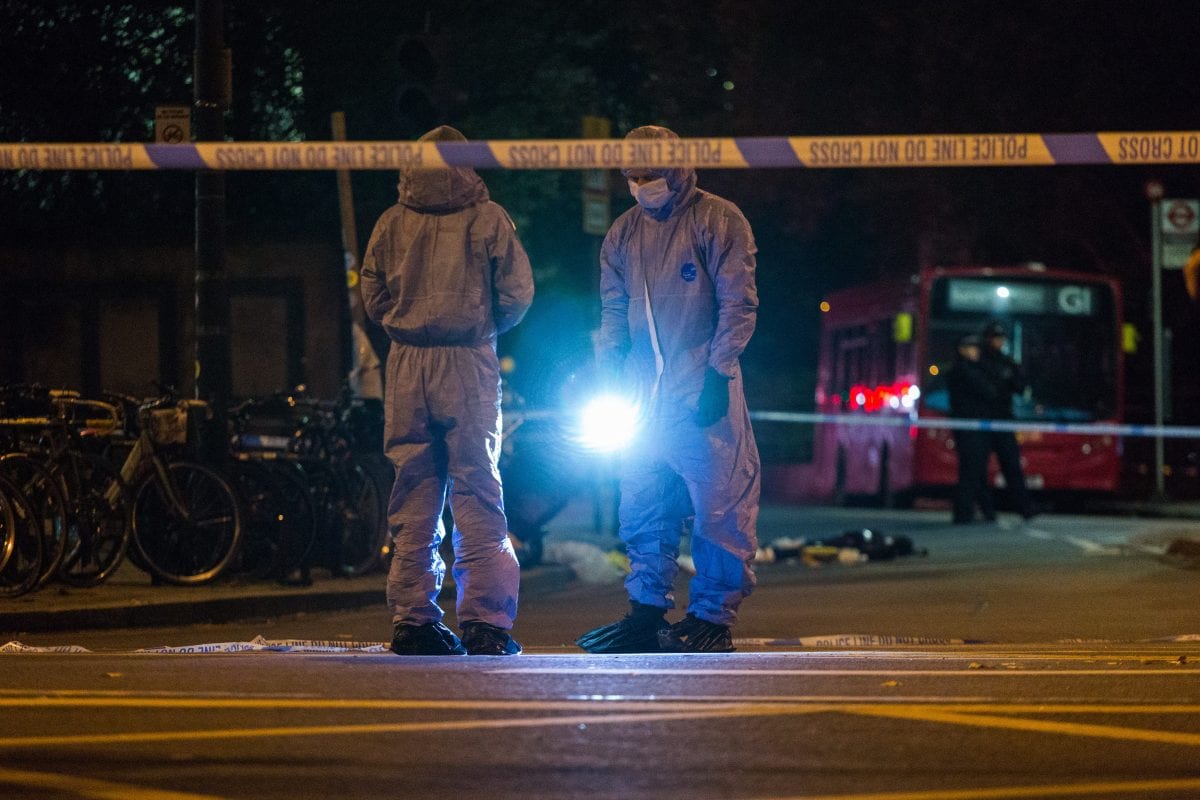 Acid attacks are down more than 40 per cent in London – but the number of stabbings in the capital continues to rise.

The number of noxious and corrosive attacks in the capital between January and September plummeted from 405 last year to 239 – the first reduction since 2014, according to the latest Met Police figures.

Year-on-year comparisons showed offences increased by more than 85 per cent between 2012 and 2013 and doubled between 2014 and 2015, before falling 41 per cent this year.

Police say the rapid improvements come after new sentencing guidelines were introduced following a surge in attacks last year which saw a total of 470 attacks.

Monthly figures hit a record high in July last year when more attacks were recorded in a single month compared with the annual total five years prior.

Criminals caught with acid can now expect the same prison sentence as those carrying a knife, including possible life imprisonment – even if they miss their target.

“We treat these with an equal response to that of knife and gun crime and are determined to bring those who do to justice.”

Detectives also speculated the results could be due to the strong sentences that have been given for such offences as well an increased awareness of the lifelong impact they can cause.

Det Supt West said: “I would speculate that the strong sentences being given for these offences has generated some changes in behaviour of those who may be inclined to use it as a weapon.

“There has also been an increase in awareness of the lifelong impact injuries from a corrosive substances, voluntary changes to retail sales and future changes to the carrying of a substance as a weapon.

“This all adds to the ongoing focus on this terrible method of attack.”

Acid was classified as a ‘highly dangerous weapon’ for the first time in June, when official court guidance was updated to allow judges to impose harsher punishments on anyone found carrying it in public.

Second-time offenders will now also be handed a minimum six-month jail sentence, or a four-month detention and training order for under-18’s.

The new guidelines match those already in place for knives, but figures from the Office of National statistics confirmed a 15 per cent increase in knife crime offences in the last 12-month period which ended in June.

But figures from the Office for National Statistics confirmed nearly 15,000 knife crime offences have been committed in the past year.

Records hit an all-time high after possession of bladed or pointed weapons increased by more than 20 per cent during the same period and has been on the rise for the last five years.

The most recent stabbing in the capital took place yesterday when a teenager was stabbed outside a Lidl supermarket in Romford, east London.

Offences involving firearms decreased by 5 per cent, falling from almost 7,000 recorded cases to less than 6,400 compared with previous years which saw a rising trend.