“What are we going to be doing about them then? Because that’s an absolute train wreck, ready to hurtle down the track and hit us in six months, twelve months, whenever that may be.” 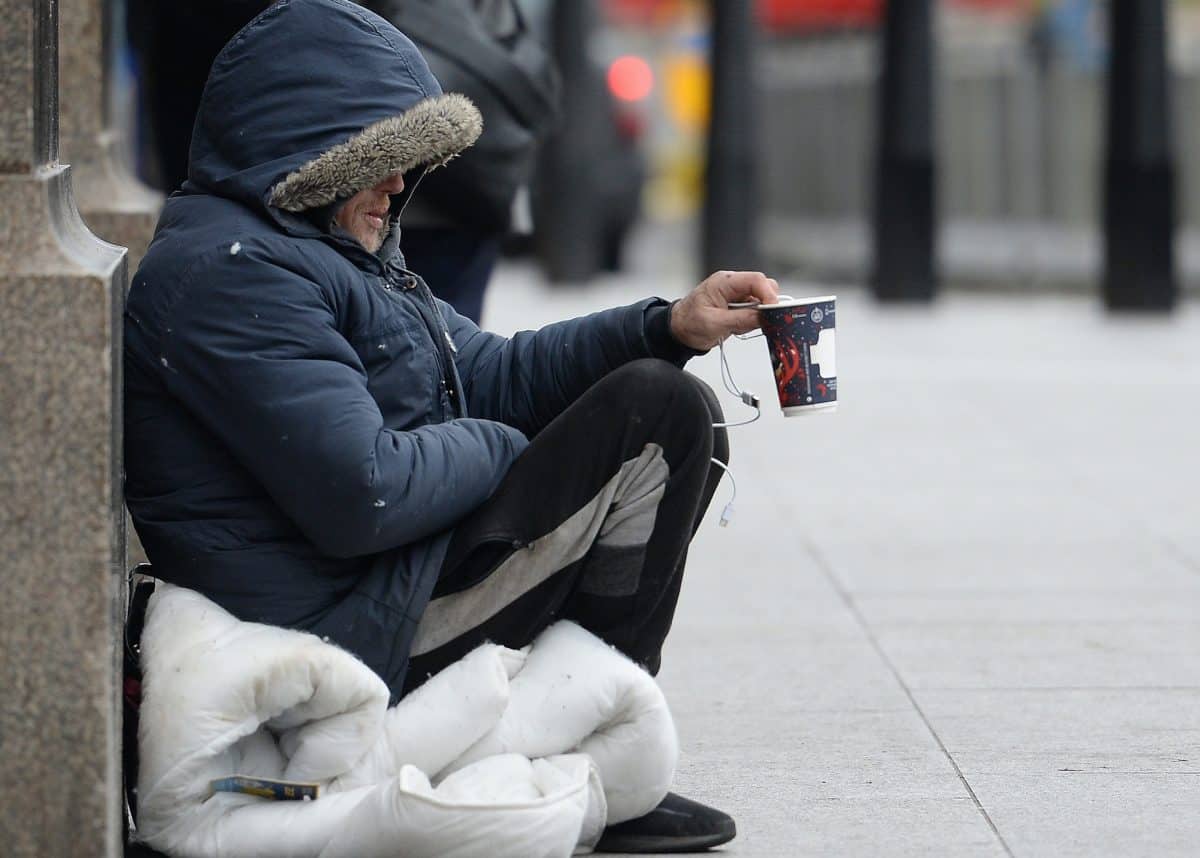 Local authorities are braced for a second wave of homelessness of people hit by the pandemic’s economic fall out, a report warns.

But English councils fear they may run out of emergency accommodation over the winter months, amid concerns that Government funding will not be sufficient to allow them to meet rising demand.

A report by the homelessness charity Crisis said councils in England, Scotland and Wales have seen a continued new flow of people since the pandemic started.

Services are now concerned about a newly emerging need for support as the economic impacts of the pandemic push people to the brink.

This involves families who are becoming homeless for the first time, people on furlough and the newly unemployed, struggling with issues such as rent arrears and relationship breakdowns.

In particular, they fear seeing increased numbers of people priced out of the private rental sector when measures such as furlough end and evictions start to move through the courts.

The Government announced a £10 million cold weather fund to help councils support rough sleepers over winter in October, and has since allocated a further £15 million to ten areas in England deemed to need additional support.

Crisis’s report, based on research between April and October, concludes: “In England local authorities and voluntary sector organisations were concerned about the sustainability of funding emergency accommodation over winter.

“In many areas they had already overspent and even with additional funding announcements from MHCLG (The Ministry of Housing, Communities and Local Government) it is not clear if the procurement of temporary accommodation can continue at this pace.”

One respondent, from a local authority in England, said they were anticipating a second wave of homelessness, predominantly of those unable to stay in private rental homes and potentially owner-occupiers.

They said building additional future capacity for those struggling now is key, adding: “What are we going to be doing about them then? Because that’s an absolute train wreck, ready to hurtle down the track and hit us in six months, twelve months, whenever that may be.”

Another respondent from an English council said: “It’s like, you can feel and hear that there’s something coming over the hill in the next few months, that it’s going to be a huge challenge. There is, I think, a real concern that we don’t know quite what’s going to hit.”

There was less concern about the sufficiency of Government funding among local authorities in Scotland and Wales, the report said.

It said one of the biggest challenges councils are experiencing is being able to move people housed in emergency accommodation, such as hotels, into permanent and safe homes.

In England, there is a reliance on supported accommodation and longer-term hostels to move people out of hotels, Crisis said, amid a shortage of affordable housing.

The report adds: “Without sufficient housing supply, local authorities will be left either continuing to accommodate people in often unsuitable temporary accommodation for long periods of time, or in the worst-case scenarios ending their support whilst individuals remain homeless.”

In addition, voluntary organisations are concerned that people with no recourse to public funds may end up on the streets.

This is a condition placed on people whose immigration status has not yet been finalised.

Crisis said there is “growing anxiety” around how long councils will be able to continue supporting these groups.

An MHCLG spokeswoman said: “The Government has taken unprecedented action to support the most vulnerable people in our society during the pandemic – backed by over £700 million to tackle homelessness and rough sleeping this year alone.

“This work is ongoing and by September we had helped move over 19,000 people into settled accommodation.

“We’re working with councils, charities and other partners to protect vulnerable rough sleepers this winter and launched the £15 million Protect Programme to ensure local areas facing the biggest challenges get the help they need to support rough sleepers.”

Related: ‘National scandal’ as over half of teachers have worked with homeless children