The video reel also features clips of families who have been through hell during lockdown. 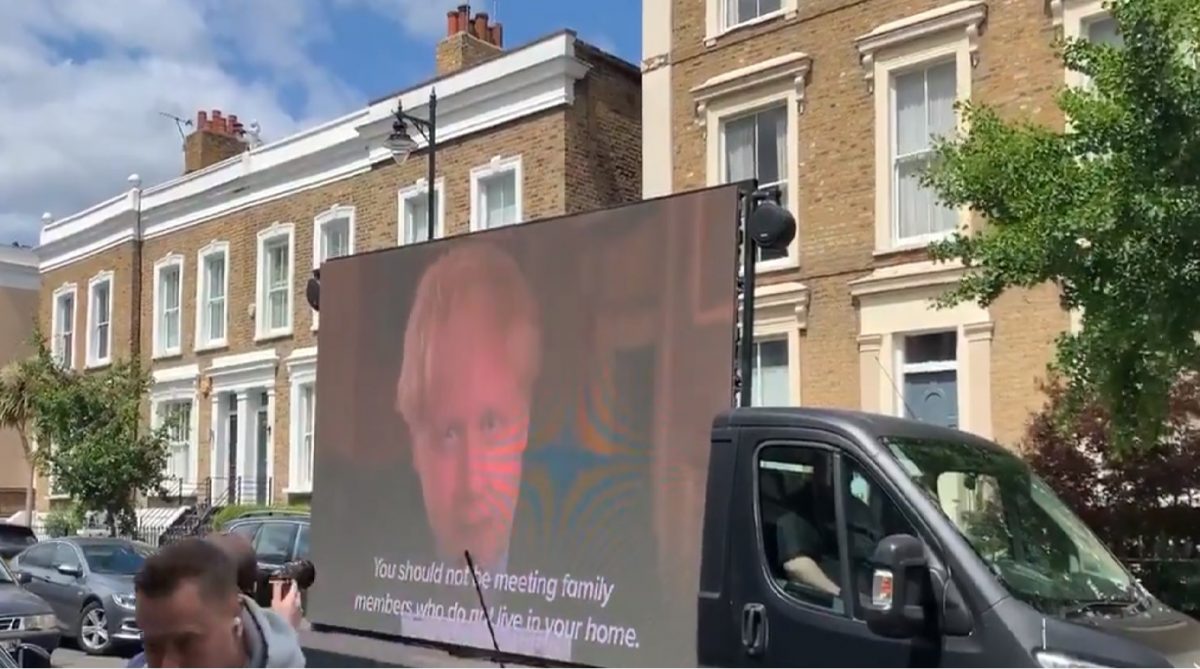 A campaign van has turned up at Dominic Cumming’s house in Islington playing clips of Boris Johnson’s lockdown advice as well as stories of families who have been through hell for sticking to it.

The video reel, organised by Led by Donkeys, comes as the Prime Minister’s chief aide comes under pressure to step down after being allegedly caught breaking the rules twice.

According to reports in the Observer and Sunday Mirror, the former Vote Leave campaign co-ordinator made two trips to Durham and was seen there on April 19 – five days after being photographed on his return to Westminster.

It comes as thousands of families across the country have been forced to deal with bereavement and grief whilst sticking to the lockdown rules.

Clip here. The van is run by the group Led By Donkeys. pic.twitter.com/0OZZpVcwOp