A member of the public intervened on behalf of the traffic warden and was insulted using a homophobic slur. 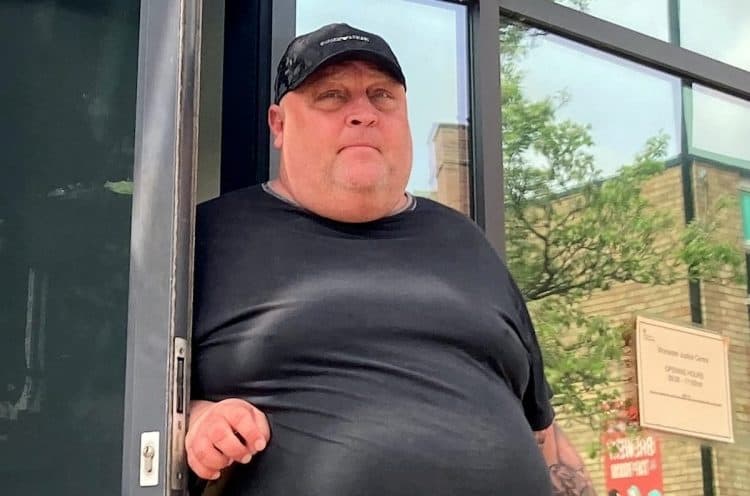 A rude yob who called a French traffic warden an “immigrant” and told her to “get out of the country” has been fined for a hate crime.

Lee Parker, 55, launched the tirade after parking official Melissa Marques told him he was illegally parked in a loading bay.

Parker told Ms Marques to “shup up and move one” before driving round the corner and parking on double yellow lines in Worcester.

Ms Marques followed him and again told Parker he was parked illegally.

A court heard Parker then flew into a rage and told Ms Marques: “Who are you talking to? You’re an immigrant.

“Where are you from you immigrant? Get out of the country.”

Parker also abused a member of the public who intervened before driving away following his outburst on July 7 last year.

He was later arrested and on Thursday (14/4) he admitted racially or religiously aggravated intentional harassment when he appeared at Worcester Magistrates’ Court.

Eleanor Peart, prosecuting, said: “This matter is a hate crime.

“The officer had asked Mr Parker to move the vehicle and he was immediately rude to her, telling her to ‘shut up and move on’ before he parked around the corner on double yellow lines, followed by the officer.”

A member of the public intervened on behalf of the traffic warden and was insulted using a homophobic slur.

Parker also told him: “You’re lucky there are people about,” before driving off.

The court heard that when Parker was interviewed by police he also abused an officer, calling him a “prat”.

Miss Peart said: “He was confrontational, saying it was boring and a waste of time to him.

“He left and called the complainant an immigrant – not before squaring up to the officer and calling him a prat.”

Ms Marques has since left the job, saying how she regularly had “members of the public abuse her”.

Fergus Maxwell, defending, said: “Just because an offence is racially aggravated, it does not necessarily mean it’s a hate crime.

He added that Parker was stabbed ten years ago and had suffered from post-traumatic stress disorder (PTSD) ever since.

Mr Maxwell said: “Ten or 11 years ago he was the victim of a very serious attack which resulted in him ending up in ICU.

“He almost lost his life in a totally unprovoked attack.”