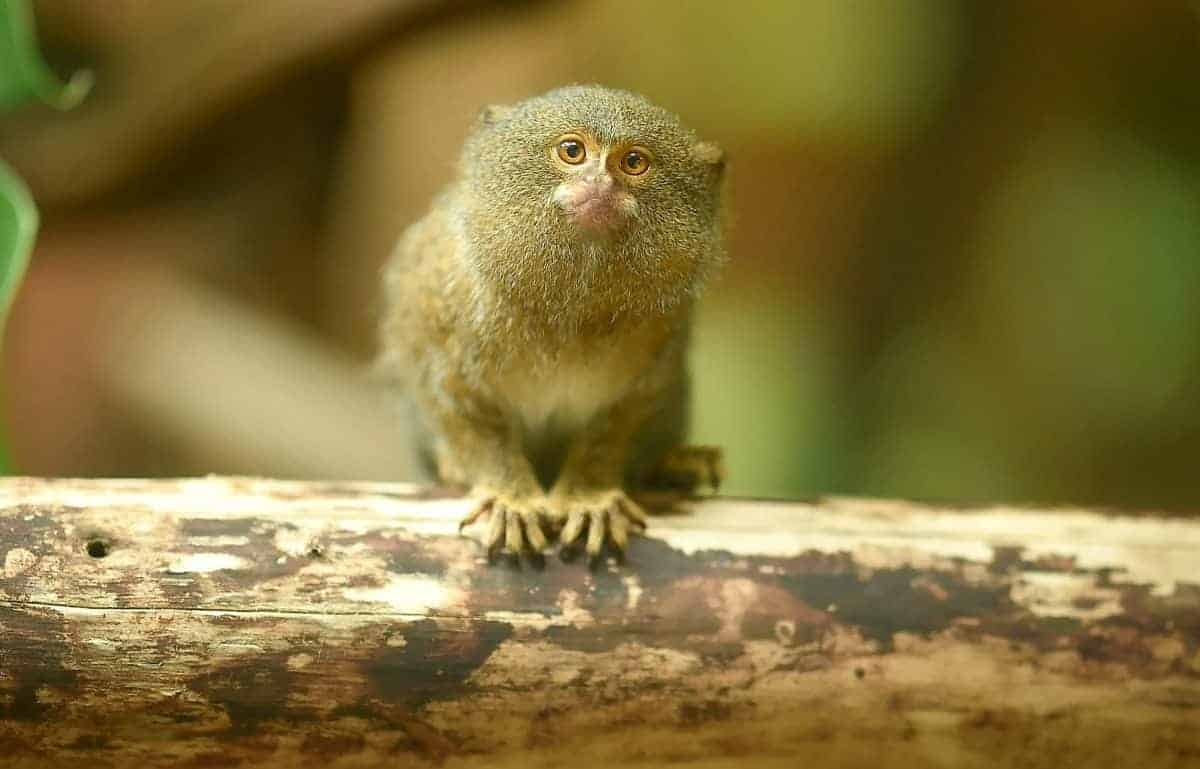 These adorable photos show the world’s smallest species of monkey – which weigh less than a LEMON.

The pint-sized pygmy marmoset named Scamp stands just five inches tall and tips the scales at a little over 100 grams.

These brilliant images of him perched on a branch were taken at Chester Zoo in Cheshire, where he lives in the monkey enclosure.

One picture shows the cheeky two-year-old inquisitively peering down the lens of the camera as his comparatively long nine inch tail dangles behind.

In another, Scamp can be seen with his tiny mouth wide open and one more shows him munching on a bit of fruit.

Pygmy marmosets are native to the rain forests of South America, where they use their long tails to balance as they gallop speedily through the treetops.

They live in groups of up to nine monkeys and and survive on fruit, vegetables, mealworms and locusts.

Their biggest threat is the illegal pet trade, due to their tiny size and cuddly appearance they are often snatched from the wild and sold as pets.

Scamp was bred at Chester Zoo and continues to live there with his mum, Audrey, and two brothers.

He was named by zoo workers because of his mischievous and likeable nature.