Kim Frost, 37, sent harrowing videos and pictures to her partner showing her beating the tot 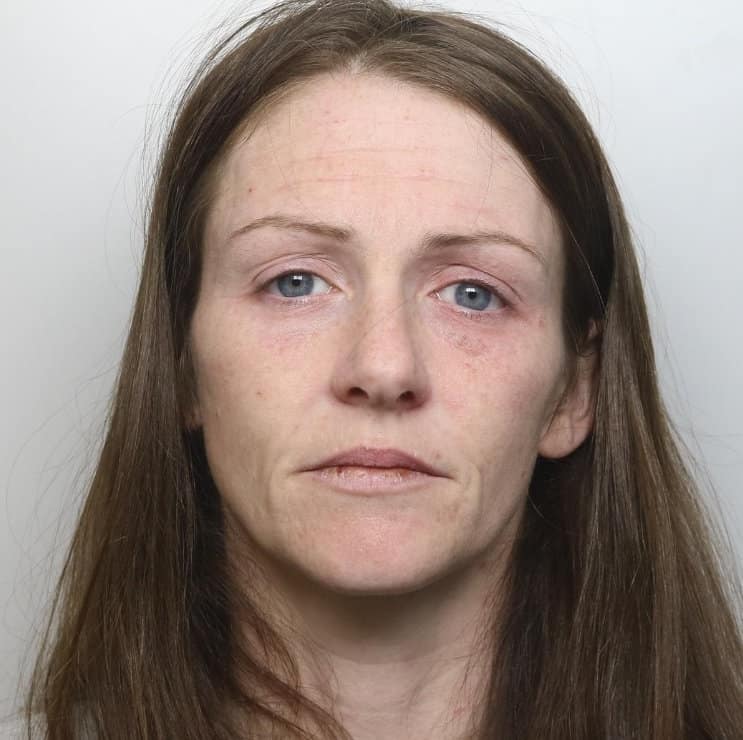 A woman who brutally smashed a six-month-old baby’s skull and posted videos of the tot’s injuries to her partner to get his attention has been caged for four years.

Kim Frost, 37, attacked the baby so savagely doctors said the injuries were equivalent to a car accident or being dropped from a first-floor window.

Shockingly, she texted videos and messages to her partner showing the abuse in an attempt to gain his attention.

Frost was jailed for four years after admitting Category A child cruelty and neglect at Northampton Crown Court on Friday (21/6).

His Honour Judge Michael Fowler told Frost: “I’m satisfied you are guilty of prolonged and serious neglect and that the severe injuries suffered by the victim were non-accidental and were caused at your hand, made worse by your failure to obtain medical help.

“It’s clear to me the most serious injury, the principal focus of our proceedings – the injury to the child’s skull – was caused by significant force.

“It’s also clear that you showed deliberate disregard for the child’s welfare in order to seek and gain attention of the man you were in a relationship with at the time.

“In mitigation, this was clearly a dysfunctional, toxic relationship but I’m satisfied you were fully aware of what you were doing and the fact that you were not behaving rationally and that you’ve been described in a psychiatric report as having borderline personality disorder does not absolve you.”

The court heard Frost, of Northampton, was in a “toxic relationship” with her partner when she attacked the baby shortly after it was born.

After receiving text messages and videos of her abusing the baby, the man called police on February 4 last year.

The baby was rushed to hospital where doctors discovered the tot had suffered multiple skull fractures and swelling of the brain.

Despite the abuse, the baby has made a remarkable recovery and is now being cared for by a foster family.

“The evidence has been particularly harrowing, depicting such severe injuries inflicted on a very young, vulnerable person at the hands of an adult.

“The child is now 23 months old and, thankfully, appears to have made a full recovery, but such was the severity of the injuries, the outcome could have been very different.

“I am pleased the child was removed from what was a highly dangerous situation, was safeguarded and since then, has not shown signs of long-term harm.

“I am happy with the result and what I believe is a fair sentence. While in custody, I hope Frost reflects on the gravity of what she has done.”